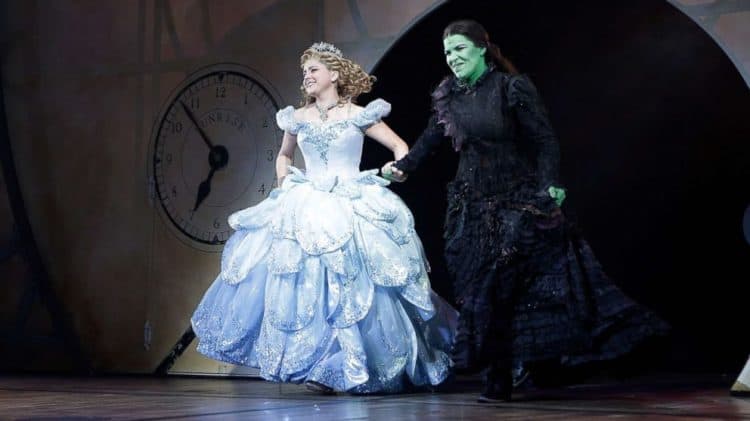 The magic of New York City is more often than not associated with Broadway musicals. The unbelievable real-life performances than can momentarily transport you to a different place and time, all tied together with entertaining screenplays and the most memorable of songs. One of the most popular Broadway musicals of the 21st century is Wicked. As of 2016, the show has already breached the $1 billion revenue mark, and has gone on to become a global sensation that fans all over the world can’t seem to get enough of. The musical was created by Stephen Schwartz (Enchanted), and is based on a 1995 novel by Gregory Maguire called, Wicked: The Life and Times of the Wicked Witch of the West, which retold the classic story of The Wizard of Oz, which almost every kid grew up with.

What is Wicked about?

Wicked is a prequel of The Wizard of Oz, which follows the lives of two witches from the Land of Oz, Elphaba, the Wicked Witch of the West, and Glinda, the Good Witch. The musical gives justice to the two characters’ back story, and makes the story come full circle. Elphaba and Glinda started out as best friends whose personalities could not be more different from one another. Elphaba, who was born with green skin, has been subject to teasing and mockery from a young age. This made her extra conscious about her physical appearance, which she carries on until adulthood. Despite her insecurities, she has been blessed with intelligence, which she puts in to good use. She is compassionate, grounded, rational, and an overall decent human being. On the other hand, Glinda is self-centered, spoiled, and is used to always getting what she wants. She is perky, bubbly, and a popular girl, who everyone wants to be friends with. The two witches make an odd pairing, but their friendship is rooted on good intentions and genuine care for one another. Unfortunately, life is not always smooth sailing. Elphaba and Glinda continue to have conflicted viewpoints, and even end up falling for the same person, the carefree and talented, Fiyero. The complications take a toll on their friendship, and pull them further apart. The breaking point came when Elphaba uncovered some of the Wizard’s acts of corruption, which leads to her imminent fall from grace. The two witches part ways, but hold deep down in their hearts the friendship they once shared.

The impactful story is heartbreakingly beautiful in so many ways. It is definitely deserving of all the hype and attention it has been getting through the years. The storyline has captivated audience members and transcended generations, as it has been told in various formats. What started out as a novel turned into a Broadway musical, and now, a movie musical. The chatter surrounding the film adaptation has been going on for quite a while already. Fans couldn’t help placing their best bets, and coming up with theories of all sorts even before any official announcement was released. Alas, the long wait was well worth it. The movie musical boasts of a promising cast and crew. The film will be directed by Jon M. Chu, who is the creative genius behind major movie projects, such as Crazy Rich Asians, as well as the onscreen adaptation of another hit Broadway musical, In The Heights. The fans’ guessing game also came to an end when it was revealed that popstar, Ariana Grande, and singer actress, Cynthia Erivo, will be taking on the roles of Glinda and Elphaba, respectively. The two stars are powerhouses in their own fields, and it is most exciting to see their transformation, as they go on to defy gravity.

The massive success of Wicked has taken the world by storm. It’s impossible not to fall in love with each of the flawed characters and be captivated with the meaningful soundtrack. There is no limit to the number of times you can re-watch the musical. There’s always something new to learn and realize each time. Creating a stage-to-film adaptation can be overwhelming. Expectations are more often than not on an all-time high, and getting the approval of theatre fans is no walk in the park. We have seen a lot of hits and misses along the way, but this time is proving to be different. It seems as if the stars have aligned for the Wicked movie musical to finally come into fruition. The pressure may be hard to entirely take out, but as they say, the most beautiful of diamonds are created under the toughest of pressures. We’re ready to go on another trip to the Emerald City!