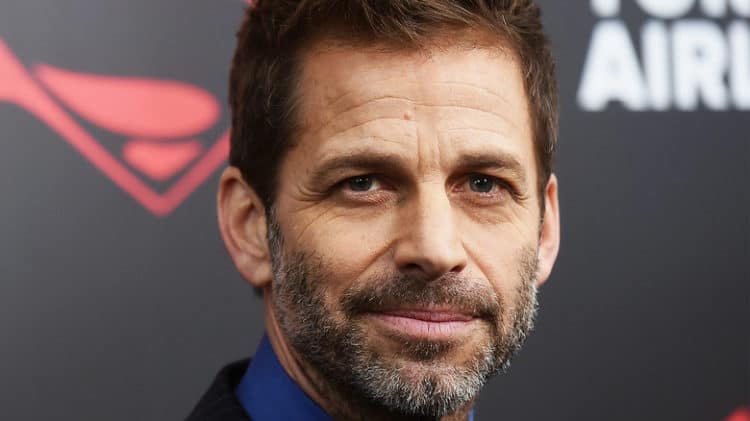 It kind of sounds like Zack Snyder wants to build another universe using Rebel Moon as his staging ground, and that’s not a bad idea, but it’s going to rely heavily on how the story pans out and whether anyone is going to think that it will be a good idea to move forward with it. The legion of fans that Snyder has will no doubt think that it’s worth it without even seeing the movie since like it or not, a lot of fans are more like sycophants when it comes to pushing the ideas of actors and directors that they happen to like. Those that are still fans but don’t want to push a narrative that might not fully work will at least take a look at the project before determining if it’s really worth going forward with or not. Of course, the clincher is that none of what anyone says will matter since Snyder will likely do what he can to push his ideas forward so long as he can get the funding to make it happen. The idea he’s working with at this time doesn’t sound half bad, but given that he has been working on it for a while it’s fair to say that it should be ready to go even if it needs to be widened here and there.

Let’s put it this way, Zack Snyder is a good director and he’s able to deliver a story that’s compelling and definitely worth watching. But there does come a time when one needs to tell a story without going into it thinking that it’s going to start a new universe. The plan to start something bigger is great, but expecting it to do so is a little different since the notion that people are going to go nuts over everything that a director puts out is optimistic beyond belief, especially since there are no guarantees in show business.

Given how long Snyder has been working on Rebel Moon it does feel as though it should be something that should be able to come out and simply astonish those that are willing and ready to see another big production from the director following his Justice League cut. Of course, there are those that have lost a little bit of faith in Snyder following the JL movie since the hype that was given to the movie didn’t feel as though was necessary when the final product was rolled out. Fans will argue over this incessantly no doubt, but JL, the Snyder Cut at least, didn’t quite live up the massive hype that was being given to it, nor did it appear to justify the continual keening that went on for so long from fans that despised Joss Whedon’s contribution. The upside is that Snyder does have other film credits to utilize in his defense of being able to make a solid and likable movie, but when it comes to creating a universe, he has yet to really show that he can do anything of the sort. It’s been said by the director that he would love to work in a universe that hasn’t been taken over by established stories yet. He said something along these lines anyway, and it makes sense considering that he wouldn’t have to conform to anyone else’s ideas.

Maybe this will be that chance since, after all, it’s fair to say that the premise of his story isn’t hard to follow but could have long-reaching consequences and benefits for those involved. It’s not fair at all to say that it won’t work since JL was a divisive movie that fans will still fight over, but it is enough to remain cautious of the idea of creating another universe at the moment since thus far Snyder hasn’t been seen to make anything like this work yet. Some might want to point out that if he can’t conform entirely to the ideas of others that trying to bring forth his own ideas to create another universe might not be as successful as he wants to be simply because there’s a chance that he’ll want to switch things around after they’ve already been established. It’s a weak argument at best really since the fact is that changes will always have to be made to a story at times, but it does feel as though Snyder will be able to do this without too much difficulty.

Rebel moon won’t start filming until 2022, and it’s hopeful that by the time it’s released that people will have been given enough information to have faith in the project and the possibility that it could create another wide-ranging universe filled with plenty of stories. There’s plenty to say that it will work, but we’ll have to see how things go, and how they develop as the months roll by.