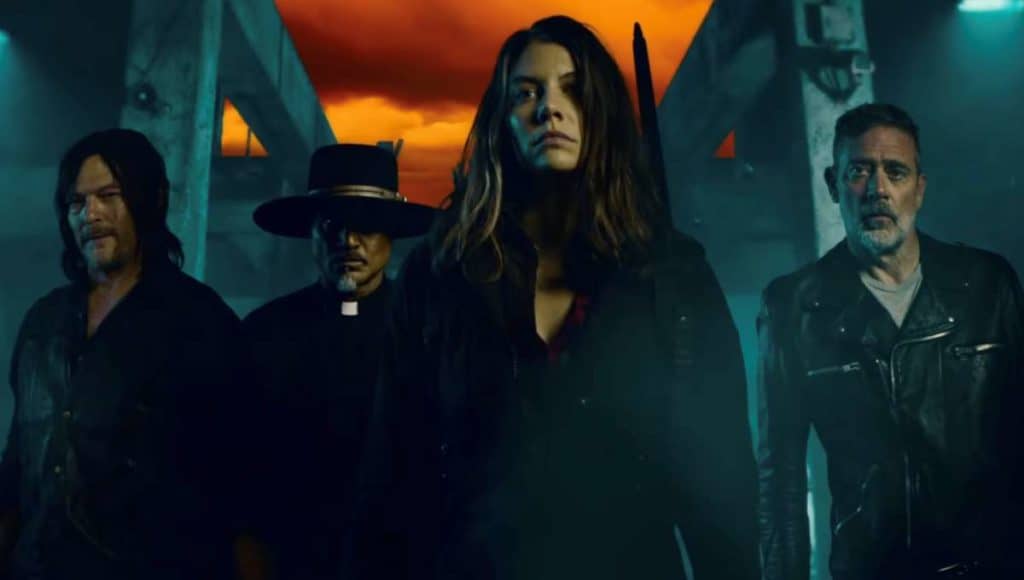 Being bold enough to say that a lot of people had high hopes for season 11 of The Walking Dead isn’t too hard, but thinking that it was going to be any better than the seasons that have come before it was an iffy proposition. The Whisperer’s War was probably the best thing that’s happened to the show in a while, apart from the final confrontation with Negan and his people, but even that might be up for debate seeing as how it ended. Personally, the survivors hiding among the dead and taking out the Whisperers was kind of fun, but it didn’t feel as though it lasted long enough since the final fight felt like it should have been something that took at least a third of the final episode. When all was said and done though, the fighting did end, and a substantial number of walkers were allowed to plummet to their final rest. But then there are plenty to go around obviously since even after years of slaughtering walkers and their fellow humans, the survivors can’t help but continue to be plagued by the dead as they continue to show up in droves.

TWD has been great in the past since the post-apocalyptic show has brought up a lot of interesting ideas of what might happen after the fall of civilization, especially if that fall was caused by a zombie outbreak that few, if any, could really understand or comprehend. The fact that whatever it was that causes reanimation is already in every living being is scary enough, but thinking that it could be passed on to the next generation is even worse. No one dares to test it since if it hasn’t passed on, it means that there’s one more life that’s been sacrificed just to make sure that it hasn’t happened. But if it is passed on, then it would mean that whatever ‘it’ is bonded to the living and is now a part of them no matter what happens. That’s a terrifying thought to be certain, but the story has gone in so many different directions at this point that it’s simply time to say enough and eventually say goodbye.

But the thing about season 11 is that while it’s exploring a bit of the growing bond between Maggie and Negan (it’s there, don’t kid yourself), it’s also dishing out the same amount of exposition that has been slowly but surely killing off the show since it’s become little more than a post-apocalyptic soap opera with zombies. Some people might want to disagree with this and others might agree wholeheartedly, but the reality is that things have slowed way down since Negan was captured and his forces defeated. The Whisperer’s War felt like the start of something great that might have kept pushing forward but at this time Pope and his people feel like a bargain basement threat despite the fact that they are quite tough and organized. But it’s also important to note that while the current survivors are in dire straights and decreasing in number, it’s also easy to think that since they’ve seen all types of people since the world fell that they might be able to find a way to use Pope’s madness against him.

A bigger threat is the Commonwealth since it’s kind of obvious that they’re trying to help people, but at a serious cost since any transgression, no matter how big or small, appears to carry a very serious punishment that does feel a bit extreme when looking at what’s been done. As of now, it would appear that Eugene is in quite a spot despite the fact that he did save the son of a very important person, only to pop him in the nose for acting rude shortly after. The fact that entitlement of any type is still alive in a post-apocalyptic world is kind of amusing since this isn’t the first time it’s been seen, but it’s definitely one of the more annoying moments. But overall, TWD has become little more than a drama series that features a few zombies now and then, and a lot more when things are about to get serious. In the opinion of many people, the show hasn’t been great in a while, even with the recent events being counted.

It’s a big hope that something big will be seen to end the show since going out with anything less than a bang feels like it would be a huge disservice to the fans that have stuck with the show for this long. Even if it’s something that’s a little lacking since it leads into a movie, it would still be better than simply pushing forward to a quiet and less than decisive ending. A lot of people have stuck around despite the decline in the show, so a fitting ending is something that might serve as a giant ‘thank you’.