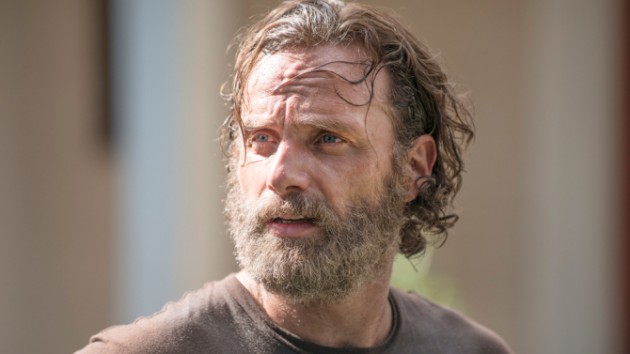 “What Happened and What’s Going On” may not bring any new ideas or philosophies to the table for the characters of The Walking Dead; however, for an episode that is essentially re-treading familiar themes, “What Happened” is a strong return for The Walking Dead after limping into winter break with season five’s weakest hour. Is it without holes? Certainly not; but as an emotionally resonant, visually experimental half hour, “What Happened” is an unmitigated success.

Opening with a montage of scattered, saturated images, “What Happened” quickly establishes itself as a sort of fever dream, a fracturing with reality that becomes more and more visceral as the episode continues. The conceit is simple: Noah leads the survivors (or at least, some of them; the show’s still splitting people up to explore different groups each episode, even at the same location) to his hometown, thinking it would still be safe. Of course, it isn’t (what is in this world?), and it leads to Tyreese getting bitten by one of Noah’s undead twin brothers, which bringing the episode into fever dream territory, sending Tyreese (and the episode itself) into a full-on hallucination for the second half of the hour.

Tyreese’s semi-coma in the second act is not just a clever way to bring back dead characters; those people have informed the person Tyreese has become, particularly Martin, the man Tyreese couldn’t bring himself to kill. His presence gives great weight to the consequences of that decision, consequences everyone has had to live with; as Martin points out to Tyreese, there can be a butterfly effect to decisions, moments that add up and later come back to haunt us (Tyreese’s kindness and slow reaction time being perfect examples of those in this very hour).

And as Tyreese tries to fight off the infection, The Walking Dead rolls out the cameo carpet, bringing back those who Tyreese has watched die, all of them spouting various nonsense that may or may not have some relevance to the journey he’s on at the end of his life. For all intents and purposes, Tyreese is trying to figure out if he was a good human being, or someone who was just too weak to live in the world the way it’s become for him and the rest of his merry band. As Rick and Michonne point out in separate scenes, the only way to have hope (and therefore, retain some of the “good” within oneself) is to keep searching to find a place to stop running – only that’s a very hard thing to find and maintain, and maybe there’s such thing as being out in the wild, untamed world for too long at this point.

Though the episode is about Tyreese dying (in unspectacular fashion), “What Happened” is an episode as concerned with identity and self-morality as any episode so far this season, as Tyreese’s conflicted feelings about himself and what he’s done play out in front of him, spoken by the voices of the dead haunting him in his mind. As he slowly fades from the world of the living, “What Happened’ tries to give his final thoughts vicariously through the words of the dead, and the actions of the living, a family unsuccessfully trying to save a man and keep what positive momentum they’d gathered in the wake of Beth’s death going.

In the end, oddly, Tyreese seems to give up; though he was bound to die from the bite he received, “What Happened” seems to suggest that he wouldn’t make it in the world anyway, a weird spot for The Walking Dead to try and justify his character’s departure. As drama often does, “What Happened” works best not when its portraying dramatic actions and spouting motivation on screen, but when it’s subtle and silent, letting the actor’s work and the direction build to the desired emotional climax; Tyreese’s burial is a wildly effective moment, giving real weight to the two funerals Father Gabriel is leading simultaneously, even if the camera only shows a few of the characters to express how meaningful and reflective a moment it is.

A bit of a risky script to mark the return of television’s most popular scripted show, “What Happened” isn’t a knockout success of unique perspective or unforgettable set pieces; however, the show’s focus on visually creative, character-centric stories continues to pay dividends, even without the most cerebral or existential material underneath it for support. All things considered, “What Happened” is an hour about how a good man dies in a terrible world, about how unforgiving nature is to those who refuse to adapt and evolve. Tyreese’s last attempts to grasp his hammer turned out to be fatal ones; an inability to evolve beyond who he was and into someone else – something that could be idiotic or noble, depending on how you look at it – doomed him to be the man he’s always been, a man whose inner conflicts can’t fit in the world Rick and others seem to thrive in. A dark realization, yes, and one that comes at the cost of one of The Walking Dead‘s more consistent (and consistently improving) characters, in an hour that displays both the growth and some of the limitations of The Walking Dead‘s new brand of visually (and at times, surprisingly emotionally) evocative television.