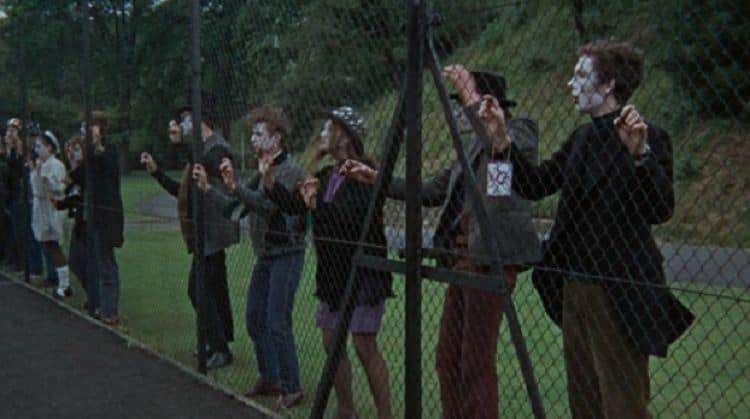 If you’re wondering what an ‘allegorical’ movie is then you simply need one simple explanation: there’s a deeper meaning to it that a lot of people might not see right away. One could make the claim that this is possible to see in many movies, but in some it’s fairly easy since the director might be trying to hide hints and elements of it but the fact is that the allegorical elements tend to slap people in the face or ooze out the sides without fail. There are some movies in which the allegorical content is pretty much all there is, but others in which the blend of said elements and the overall story come together in a manner that is both aesthetically-pleasing and provocative enough that one can’t help but sit and watch it at least twice just to make sure that they didn’t miss something. Of course, a lot of people are going to argue over what is truly allegorical and what is metaphorical, but the interpretation of any work is what’s really going to cement an idea in the minds of those that are really paying attention to what’s going on. In truth, it’s a matter of trying to see who’s smarter than who sometimes and who can convince others that their way of thinking is best.

Here are a few of the most allegorical movies of all time.

5. The Island of Dr. Moreau

If you haven’t read this book or watched the movie then it’s about time to take a look since the movie is more relevant in this day and age simply for its message, while the rest of it is science fiction that can be enjoyed or not. But the likening of humans to beasts is something that has been done for quite a while, and while the obvious differences are hard to ignore, the reality of it is that in terms of what we are and what we represent, humanity is still not as far removed as we want to believe. In fact, some might even argue that we’ve moved away from a simpler life towards something that is far more dangerous.

The idea here is to highlight man’s relationship with reality, as Thomas appears to be uncertain of what is truly happening throughout the movie. The initial tension is created when he photographs two people being intimate and is chased by the woman for the negatives. From that point the movie appears to become a little crazier and hard to fully understand, but given that it was made in the 60s there were a number of elements involved in the movie that might not make sense today. But if one really sits down to watch the movie it might start to make a bit more sense with the passage of time.

You are not what you own, what you own ends up owning you, and life is essentially meaningless. These are just a few of the Tyler-isms to be found in this movie since the whole anarchist feel that goes into this movie is enough to make a person’s head spin since it’s very likely that someone could listen in on this and wonder if what’s being said is true. It might explain the state of things in some sense, but as people still love capitalism enough to rant and rave about it while using it and living out a hypocritical existence. The message of this movie does become a bit muddled, but it also feels as though it could become a rallying cry for those that feel disillusioned.

2. Lord of the Flies

There’s a civilized person and a savage that lives in all of us, and the line that separates the two tends to disappear now and then, while the distinction between the two tends to swing back and forth on a conditional basis. In other words, we all have a bit of good and bad in us, a bit of order and chaos, and it depends on our given situation which one is going to come through as it comes up in this movie. Anytime anyone, be it one person or many, are marooned on an island, the best bet is that things are going to break down eventually, and that chaos will ensue, unless order is enforced and agreed upon.

Many people happen to think that we’re living through this story as of now and the sad part is that they might be right if things keep going the way they are. But the thing to remember is that through manipulation of the media, which is happening, and the oppression of various rights, such as speech, people are far easier to control. Whether or not we’ll see this movie’s effects happen in our lifetime is doubted by many.

Sometimes allegory is a scary thing.