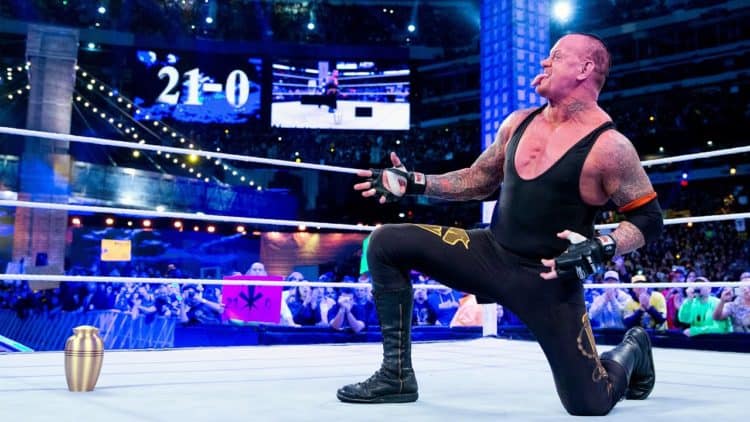 Whether he was competing in the main event or earlier on the card, The Undertaker’s WrestleMania match was also one of the key components of the show, with ‘Taker winning 21 matches in a row before finally losing to Brock Lesnar at WrestleMania 30. Here are the top 10 best Undertaker matches at WrestleMania. 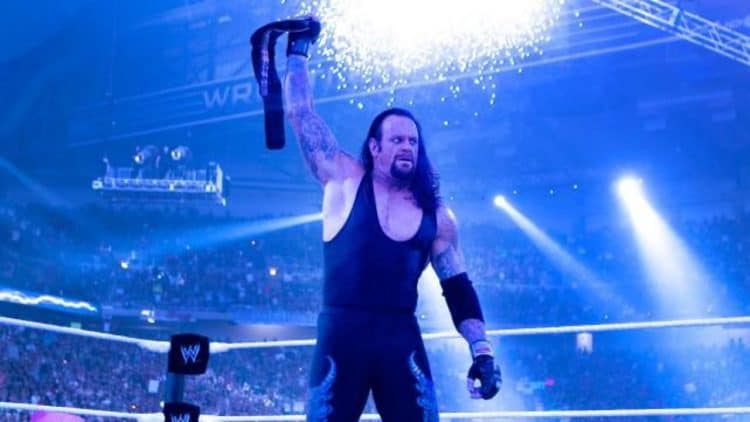 During the mid-2000s Batista was one of the top stars in WWE and had been positioned as one of the faces of the company. So being able to step into the ring with The Undertaker at WrestleMania proved the faith that WWE had in Batista. While the Streak spoils the result before you’ve even watched it, it is a great championship match and one worth checking out on the WWE Network. 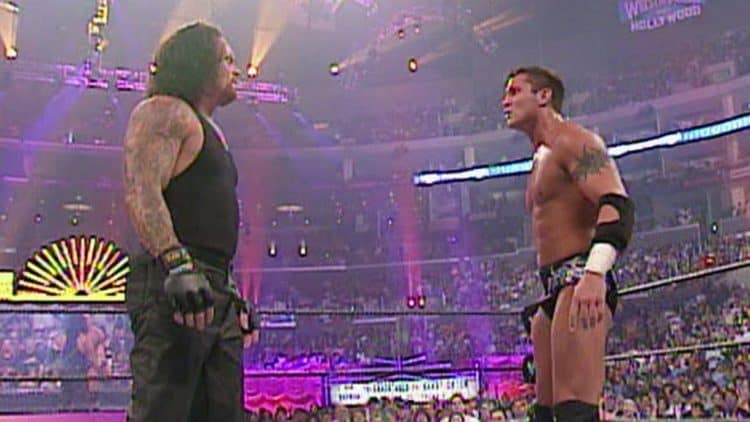 The Undertaker’s match against Randy Orton at WrestleMania 21 was the first time it was acknowledged that ‘Taker was defending the Streak. For many years neither The Undertaker nor WWE realized that The Deadman had an undefeated streak at WrestleMania and it took until 2005 before WWE realized the marketing potential of the Streak. It has been stated that The Undertaker wanted to lose to Orton in this match to help further the career of the upcoming star. 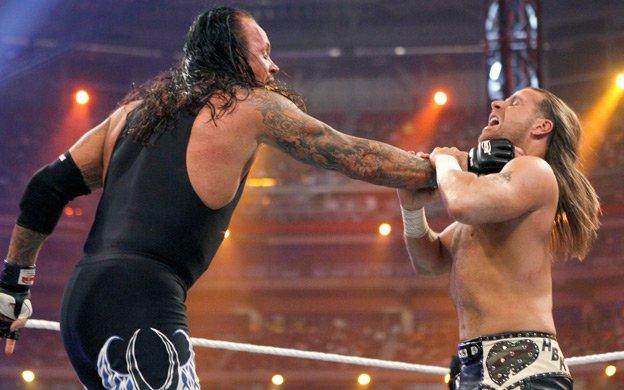 The Undertaker retired Shawn Michaels in the main event of WrestleMania 26, a rematch from their encounter the previous year. While not as good as their first match, it is still a fantastic match and a great way for HBK to go out, if we just ignore the Saudi Arabia match which I think we all want to do. 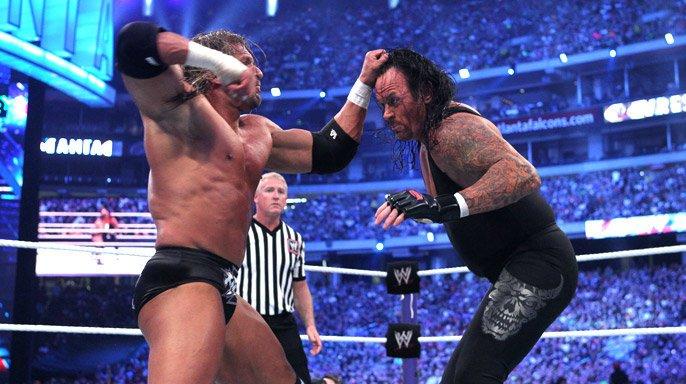 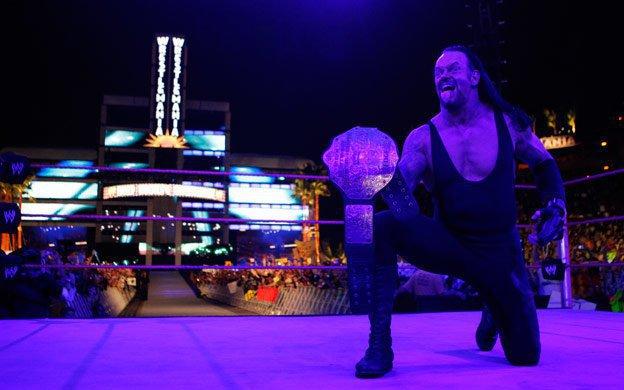 Putting your title on the line at WrestleMania against The Undertaker just guarantees you’re going to lose it, and that is exactly what happened when Edge defended his World Heavyweight Championship against The Deadman at WrestleMania 24. Due to Ric Flair’s retirement match taking place on the same card this match doesn’t get talked about enough, and it is a shame because it is a terrific match. 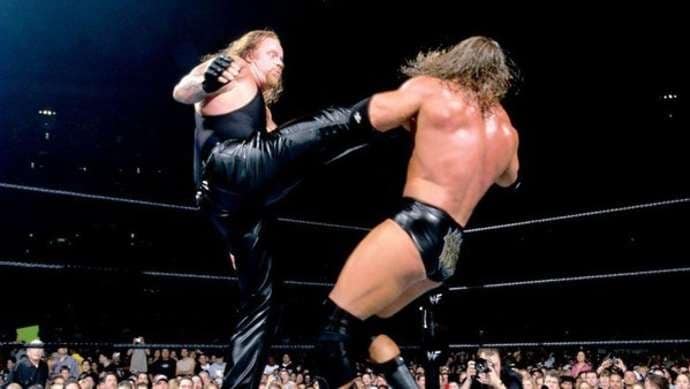 The two former WWE Champions collided at WrestleMania X-Seven in a fantastic brawl with plenty of weapons and hardcore moments taking place. Often overshadowed by TLC 2 that took place at the event, this match is a fantastic watch and one that we highly recommend you do on the WWE Network. 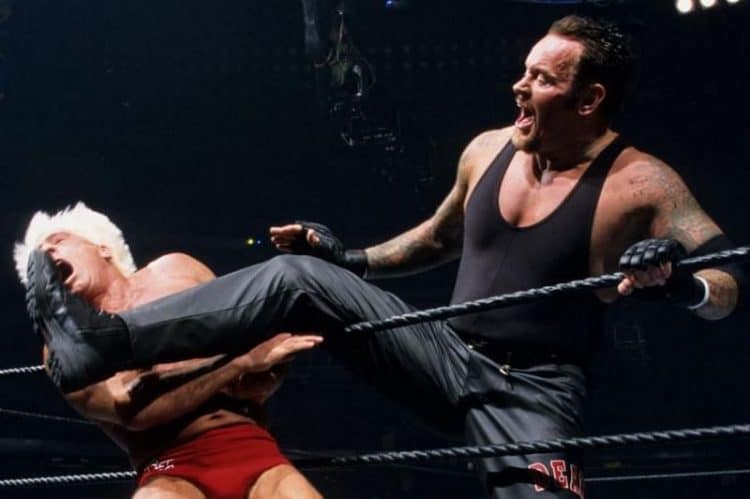 The “Nature Boy” Ric Flair made his way to the WWE following the Invasion angle when WWE purchased WCW in 2001. The Undertaker saw this as the perfect opportunity to work with Flair at WrestleMania and personally requested the match. Despite being hailed by many as the greatest wrestler of all time, Ric Flair’s confidence was at an all-time low when it came to his ring ability. The match helped instil new confidence in the Nature Boy that he still had gas left in the tank and we got another six years of Flair in the WWE. 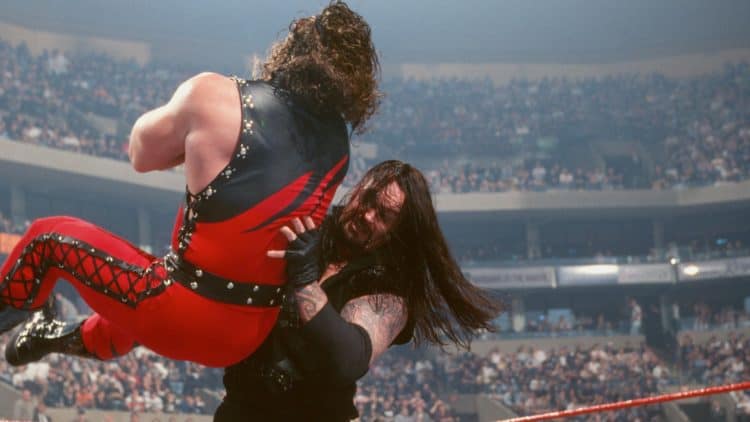 Badd Blood: In Your House saw one of the greatest debuts of all time as The Undertaker’s brother Kane made his presence known in the WWE. The storyline had been building for many months prior and now Kane was here to get revenge on his brother who left him to die in a fire. WrestleMania 14 saw the brothers finally face each other in a match. It took three Tombstone Piledrivers to put The Big Red Machine down, but ‘Taker was the better brother on this night, but their rivalry was far from over. 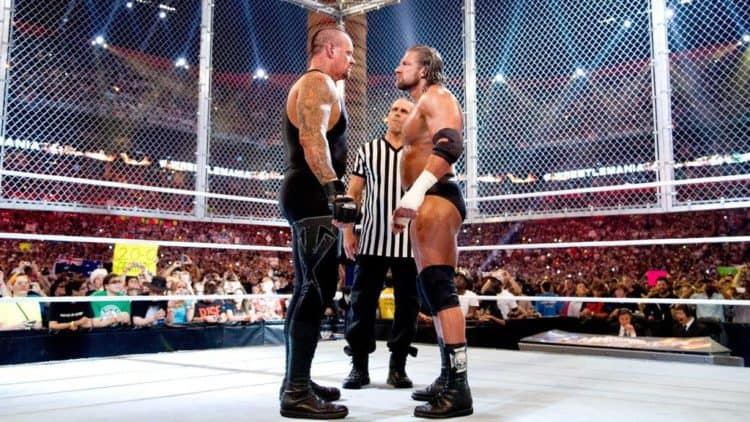 WrestleMania 28 saw The Undertaker face Triple H in a Hell In A Cell match dubbed the “End Of An Era”. Shawn Michaels was the special guest referee for the match, with the three Superstars being among the few main-event wrestlers left from the 1990s that were still employed by WWE at the time. The match went 30-minutes with it seeming like Triple H could win the match due to the help of his former DX partner Shawn Michaels. The Undertaker once again was the victor and all three men embraced on the entrance ramp. 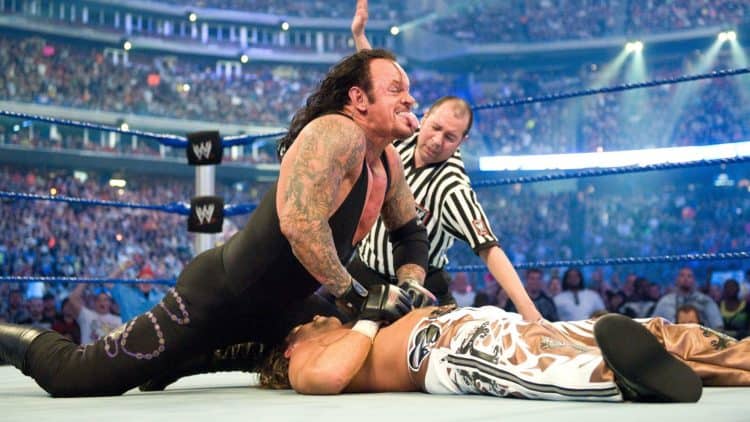 Perhaps the best WrestleMania match of all time, The Undertaker faced Shawn Michaels at WrestleMania 25. The 30-minute match had fans on the edge of their seats with near fall after near fall, making the Streak seem as in jeopardy as it ever has been. When it all was said and done The Undertaker walked away the winner of one of the best wrestling matches ever.