Home
Television
The Shining TV Show “Overlook” Is Getting the Go Ahead with J.J. Abrams 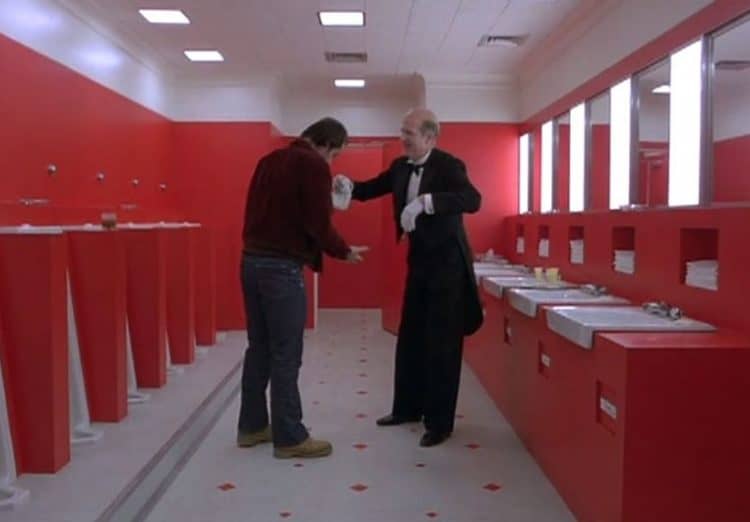 Hotels are easily one of the biggest draws when it comes to ghost stories, as there’s a veritable treasure trove of tales that are commonly held by some of the most famous establishments in history, and in real life some of them are downright creepy even to this day. In the fictional world of the Overlook however there aren’t many contenders when it comes to some of the most messed-up and terrifying stories that are waiting to be told since the hotel itself is almost like a living thing, a malevolent beast that’s just waiting for its next victim to come along. As Kevin Burwick of MovieWeb has announced the Overlook will be getting its own series on HBO Max eventually, though it’s hard to say when production will start since at this time the studios are still largely shut down and there’s no work being done at this time. When it does return however those that have been working with Stephen King on the Castle Rock series will be returning to pen the Overlook series and as a lot of us already know this bodes well since Castle Rock has been a veritable smorgasbord of Easter eggs and we’re hopefully expecting more in season 3.

When it comes to the Overlook there are bound to be a lot of stories to tell, but it’s also likely that people are going to want to hear the most gruesome eventually since Mr. Grady and his twins are without any doubt one of the best parts of The Shining, as is the old woman that appears as a lovely young woman to Jack. But one thing that would be great to delve into is just how the Overlook came to be such a haunted place, and how it continued to draw upon the most twisted souls it could find. Why it became this way is still a big mystery, but how it managed to twist and corrupt everyone that came along is well-documented since it was the site of many a murder and gruesome happening throughout its history. Maybe we’ll get to see the Overlook in the early days, when it was still being developed, and perhaps even get a rough explanation of how it came to be haunted in the first place. And maybe, just maybe, the first season will work its way from one episode to another through the timeline until it comes to Mr. Grady or to Jack and his family. That does feel a bit rushed, but then again maybe the series will take its time and slowly develop each story until the fans are ready to move on and witness even more mayhem and debauchery as the Overlook continues to feed on the pain and misery of the people that die within its halls. That would be highly entertaining, morbid as it might sound.

What’s really interesting is that in the book the Overlook burned to the ground before Danny Torrance came back, as Jack forgot about the boiler, which ended up tearing the hotel apart as it burned to a cinder. In the movies however the Overlook was left in one piece and was finally burned down when Dan turned up the boiler once again, allowing Abra to escape as he went down with the hotel. It would have made sense to leave the hotel standing really from a story standpoint, as the whole idea of the horror being left behind but undefeated was kind of enticing, whereas confront the True Knot at the ruins of the Overlook might not have had the same punch to it. There would have been a lot more emotional content though had Jack’s spirit been the one to unleash itself upon the True Knot since he was the caretaker of the hotel and as such was the one that was essentially the spirit that could keep the others in line, or at least in check for a time. This is definitely a show that needs to happen since it’s been a while since we really had the chance to delve into the whole idea of the Overlook and what it took to make such a haunted and vile place. Even watching the movie was creepy enough since the interior of the hotel was simply massive, enough so that three people would undoubtedly feel lost once they were left inside without anywhere else to go. Kayleena Pierce-Bohen of Screenrant has a few facts about the Overlook that you might want to check out.

The story behind each ghost would be a great way to introduce the place and would likely open it up in a way that people would easily respond to since it would delve into a whole new layer of King’s twisted imaginings that people are usually dying to see. As to whether or not it would work its way up to the most recent events is hard to say since we’ll have to wait and see how the first season goes.