Home
Movies
The Reverse-Flash: Five Actors Who Can Play Him In The DCEU 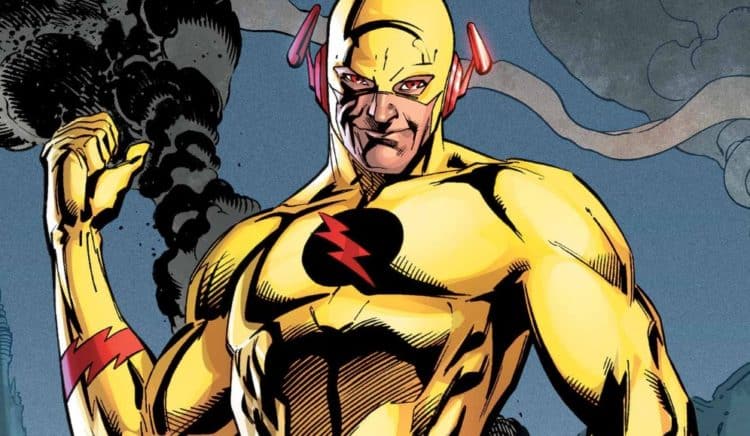 The Reverse-Flash is a DC villain that I’m more than anxious to see in the DC Cinematic Universe. Now that we know that the Flash movie is certainly coming in 2022, I reckon he’s going to be the main villain. Seriously, I feel like that movie is cursed. It was originally supposed to come out in 2018, then went through multiple directors. I had that dark feeling that the movie was just never going to see the light of day. Well, the DC Fandome event assured us fans that it is certainly still in the pre-production stage and Andy Muschietti will indeed adapt the Flashpoint storyline. Granted, he did say it’ll be a different kind of Flashpoint than the comic version, but that just makes me more anxious.

What I’m most anxious to see in Muschietti’s Flash movie is his interpretation of Barry Allen’s archenemy, the Reverse-Flash. If you love the comics or just watch the CW show, you’ll know that he’s a truly diabolical and sociopathic villain. The CW show nails the character and apparently they like him so much, they keep brining him back. For real, the character died in the first season, but he reappears in almost every following season. If that doesn’t tell you how crucial he is to The Flash’s story, then perhaps this will.

The real name of the Reverse-Flash is Eobard Thawne. If you’re wondering why his name sounds strange, it’s because it’s the twenty-fifth century kind. Yes, he’s from the future. In his time, the Flash is remembered as a true hero and Eobard Thawne idolizes him. He loved him so much, he decided to travel back in time and visit his hero, only to discover that he was destined to become his greatest enemy. This made Eobard snap and in that moment, the Reverse-Flash was born. His first act of villainy is actually what drove Barry Allen to becoming the Flash. He went back in time and murdered Barry’s mother and also framed his father for the murder.

Yipes, how about that? Unlike most archenemies of superheroes who had nothing to do with their origins, the Reverse-Flash is pretty much responsible for Barry Allen becoming the Flash. This makes him one of the most compelling villains DC has to offer. Because of that, he MUST be the main villain in the upcoming Flash movie. Since Andy Muschietti has confirmed that he’s loosely adapting the Flashpoint storyline, we can certainly count on seeing him fighting the Flash. The only thing is, there’s been no confirmation on who will be playing him.

Well, I have five actors in mind that I believe are the best choices for the Reverse-Flash. Since he’s one of my favorite DC villains, I’ve thought about this a lot. Time to run right into this like the Flash himself.

Matthew McConaughey is one of those actors who has only gotten better over time. As a kid, I knew him as the handsome guy with the heavy Southern accent who starred in romantic comedies. Now, I see him as a serious actor with some serious talent. I remember seeing him as the Reverse-Flash in some art and just thought to myself, “Not bad.” Can he actually pull it off? He doesn’t play villains too often, but the best example I can think of is The Gentlemen. And no, I didn’t see The Dark Tower. After watching The Gentlemen, I’m convinced that he should play more villainous roles. As the Reverse-Flash, he can really make everyone listen to him, because he’ll be speaking with Matthew McConaughey’s distinctive voice. He’ll be the suave gentlemen-type one minute and then snap spontaneously. Overall, I believe McConaughey can nail the sociopathic tendencies of Eobard Thawne.

I remember seeing Kevin Bacon as Sebastian Shaw in X-Men: First Class and being totally wowed by his performance. What I liked most about it was how he showed a lot of flippancy and facetiousness. He wasn’t your typical villain who explained his evil plan in a serious tone and then did the evil laugh. When he murdered someone or tried to get the young mutants to join him, he was always calm. In fact, he was actually kind of likable. His charisma made him manipulative and he knew how to get under everyone’s skin. This is what Kevin Bacon can bring to the Reverse-Flash. That kind of villain who can use cold and manipulative words to bring someone down and have a facetious attitude about it. That’s exactly what Eobard Thawne does to Barry Allen and that’s the kind of villain Kevin Bacon can deliver.

Adam Driver can portray the Reverse-Flash in a different kind of fashion. Instead of having him be the calm and manipulative sociopath, Driver can bring a mixture of rage and sympathy to the role. He’s done this before when he played Kylo Ren and nailed those aspects of the character. Part of Eobard Thawne’s motivation to kill the Flash is his deep insecurities of actually wanting to be the Flash. He believes he is more worthy of donning the title of the Flash more than Barry Allen. In more modern iterations of the character, he feels betrayed by the Flash because he took on more proteges. That kind of envy and sense of betrayal would show the Reverse-Flash in a more sympathetic light. Adam Driver can perform the villain in that exact fashion. It would add layers to Eobard Thawne’s character and give us a reason to understand his motivations.

I remember reading the rumors that the Reverse-Flash might be gender-swapped. My initial thought was just “Why?” but then again, I’m always interested in different takes on comic book characters. In the case of the Reverse-Flash, I’m not exactly sure how a female version of the villain could work. I’m not saying it can’t, but the idea does intrigue me. The gender-swapping rumors took it a step further by suggesting that Jessica Chastain was being considered for the role. At that point, I actually kind of liked the idea. Jessica Chastain is a great actress and she’s been itching for a comic book role for a while now.

She lost out on the villain for Iron Man 3 (that would’ve been awesome) and she unfortunately got her first chance at a supervillain in X-Men: Dark Phoenix. Yeah, probably not the best first impression, but that wasn’t her fault. If she gets a second chance, she can find redemption in the form of a female Reverse-Flash. Overall, I’m just really curious to see how it would play out. A different take on the character would certainly draw some attention, but I’ll admit, after seeing that fan art of Chastain in Thawne’s costume, it made me interested. Like I said, she’s very talented, so I have no doubt she can do a better job playing a villain with a better script.

If you’re unfamiliar with Wilson Bethel, you’ve never seen season three of Daredevil on Netflix. Seeing him play Bullseye was both intriguing and highly disturbing all at once. It’s because of that performance, that I believe Bethel would be the best choice to play the Reverse-Flash. Where all the previous contestants would nail particular aspects of Eobard Thawne’s character, Wilson Bethel can deliver on all of them. He can play Eobard Thawne as the gentlemen-like sociopath, the facetious and flippant manipulator, and the envious and vengeful villain we can somewhat sympathize with. That’s how he played Bullseye in Daredevil and that’s precisely why he can crush it as the Reverse-Flash.

On top of all of that, he just looks like Eobard Thawne. The tall stature and the blonde hair and even how he pulls off the angry face (and even the sadistic smile) all scream Eobard Thawne. If that doesn’t sell it, then I don’t know what does. Andy Muschietti, please give Wilson Bethel a call.

Do you agree with my choices, DCEU fans? These are the best actors I can think of, so I hope at least one of them is considered. The Reverse-Flash is a villain who can actually change the DCEU forever, so he’s actually the most crucial villain in the DCEU. Either way, I can’t wait for him to finally appear.