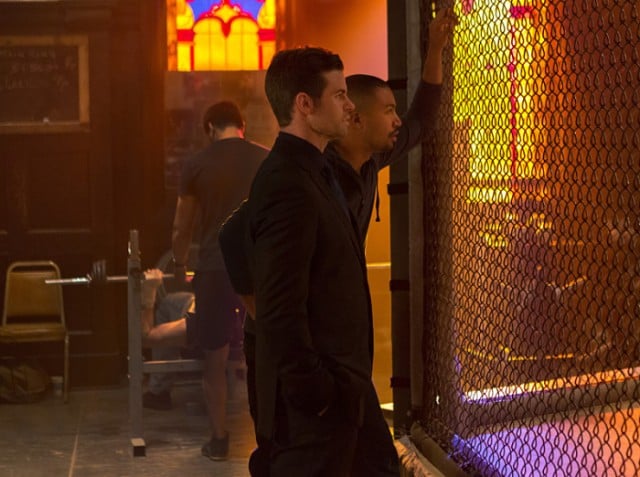 Now that the third and final Mikaelson progeny is back in town, all the new players on The Originals are in place.  The bloodline war is well established too, yet an old secret that should be irrelevant only adds fuel to the fire in this severely disappointing episode.

Aurora was Klaus’ first love many, many moons ago.  With such a long history as he has, there was bound to be a first somewhere.  She was his first equal in a vampire relationship after she was turned by Rebekah.  That very fact that Klaus wasn’t even the one to turn her and she was so desperate to be like him that she tricked Rebekah is enough to make her the craziest of all his ex-girlfriends.  An old secret about Elijah being the one to use compulsion for the first time on Aurora so that she doesn’t flee with the rest of the family is silly.  Truly, it’s been over a thousand years since that initial heartbreak.  Does Klaus really think his life would have turned out all that different?  Would he have remained monogamous with Aurora all this time had Elijah not overstepped his boundaries?  No.  One heartbreak does not change the route of one’s life.  Especially not someone as fundamentally disturbed as Klaus.  At that point, he’d already killed his mother and blamed it on his father, while lying to his siblings in the process.

Klaus and Elijah should be so much more mature than they’re acting right now.  Let bygones be bygones and stay focused on the actual threat at hand.  By letting Aurora disrupt their familial alliance, they’re giving in to the prophecy that predicts their downfalls.  It’s really a frustratingly bad call to turn on each other now after all they’ve been through.

The rest of the episode didn’t fare much better either.  Cami and Vincent continue their own sleuthing about the murders around town.  Honestly Cami deserves to be arrested because she’s dumb to get that close knowing vampires are to blame.  She’s in way over her head considering she doesn’t even understand the full extent of her family’s history with dark magic objects.

Let’s talk about the not-so-terrible things, like Claire Holt’s return as Rebekah.  Aurora’s arrival in town required flashbacks involving her own maker.  It’s just a shame Holt isn’t back full time as Rebekah.  Secondly, there’s the newly re-established friendship between Davina and Hayley.  It was especially nice to see Davina sever the curse entirely over Hayley and Jackson.  Now they’re truly on equal terms and able to be friends without any weird powerplay strings attached.  Davina hasn’t had much to do at all this season with the Mikaelsons as she’s adjusting to her new position as witch regent.  Now that she’s taking her reign into her own hands and moving forward how she sees fit, hopefully there will be more of a crossover between the supernatural communities again.  As of now, everything and everyone is so split up which only adds to the unsettling feeling of a messy season.