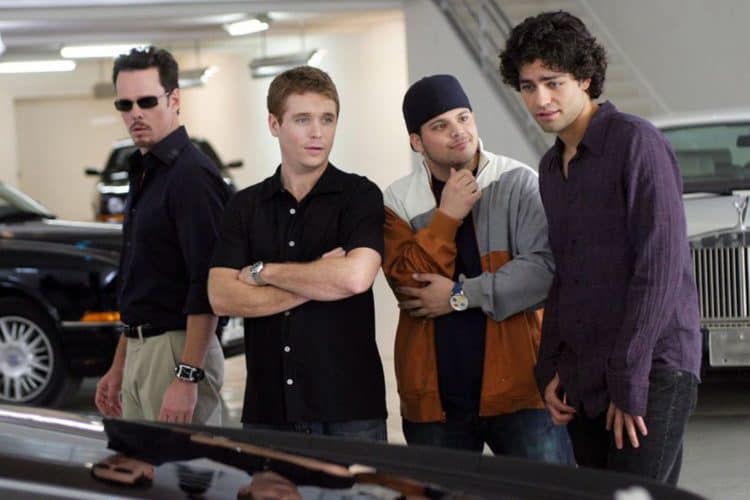 For seven years, HBO’s Entourage was one of the hottest shows on HBO. Featuring an incredibly talented cast, the series followed the lives of a fictional movie star named Vincent Chase (Adrian Grenier) and his group of friends. Throughout the series, we saw Vince and his entourage go on a series of wild adventures and other life experiences. By the time the show ended in 2011, it had won six Emmy Awards and been nominated for nearly 30. As more and more shows have gotten reboots over the last couple of years, some people have wondered if Entourage will ever make a comeback. The good news for fans is that the idea isn’t completely off the table. However, the fate of a possible comeback lies in the hands of one person. Keep reading to learn more about the one person who could bring Entourage back.

Why Was Entourage Canceled?

It’s no secret that everything has to come to an end eventually. At the same time, though, there are lots of people who felt like Entourage could’ve lasted much longer than it did. However, when the series ended, some people thought it was a choice by those involved. That wasn’t the case at all, though. According to Kiss Richmond, one of the show’s stars, Kevin Connolly, revealed that the show had been canceled. He also added, “We were not on board with it at all.” Unfortunately, we weren’t able to find any concrete reasoning for the show’s cancelation, but it appears that it was likely due to lower ratings. An article from Slate attempted to explain the show’s decline by saying, “the first couple of seasons are generally entertaining, but as the show continued to hit the same beats over and over again, it became difficult to take anything that happened even remotely seriously.” Regardless of the reason for the show’s cancelation, the final season of Entourage represented the end of an era. Although lots of things have changed since the 2000s and the early 2010s, it’s a time that many people look back on with fond memories.

Has Cancel Culture Played A Role In Entourage’s Legacy?

Although Entourage was very popular during most of its run, the 2015 Entourage film proved that the concept of the show wasn’t aging well. Depictions of over-the-top bro culture had fallen out of favor with lots of viewers. This continues to be the case in 2021. The show’s creator, Doug Ellin, feels that an increase in cancel culture and political correctness has negatively impacted the show’s legacy. During an interview with Yahoo, Ellin said, “I don’t want to sound obnoxious or that I’m looking at Entourage as high art, but it was a pretty accurate portrayal of how people [acted] at that time in Hollywood.” He also went on to say that he feels that HBO has not appropriately marketed the show on its streaming service. He said, “For a while, we were hiding in, like, ‘wish-fulfillment shows. We were nominated for the Emmys or the Golden Globes almost every single year, so to not put us on the must-see comedy list was pretty bizarre.”

Who Is The One Person Who Could Make Entourage A Thing Again?

Despite Doug Ellin’s feelings towards HBO’s handling of the show’s legacy, he would be more than willing to bring HBO back. However, he needs the okay from one person before he’s ready to take the steps to do that. According to TV Web, Doug said, “Adrian Grenier said he’s in, big news… I got all of them. So yeah I wouldn’t do it without the five, and Mark Wahlberg just needs to call HBO and make it happen, and all will be good.” The good news is that Grenier has already expressed that he would be interested in the possibility of a reboot.

Will There Be An Entourage Reboot?

Despite Doug’s apparent excitement at the thought of an Entourage reboot, HBO hasn’t shown any interest in bringing the show back. Given all of the other reboots that have happened lately, Ellin finds this strange. He added, “So weird… that one show that the New York Times said is the best show on television in 2004; and that President Obama said was his favorite show. But that one they don’t care about. Weird right?” Cancel culture or not, entertainment culture as a whole has changed. The show’s original core audience is much older now, and many have moved on. The truth is that the premise of Entourage seems a lot less appealing to many people than it did when the show aired almost 20 years ago.