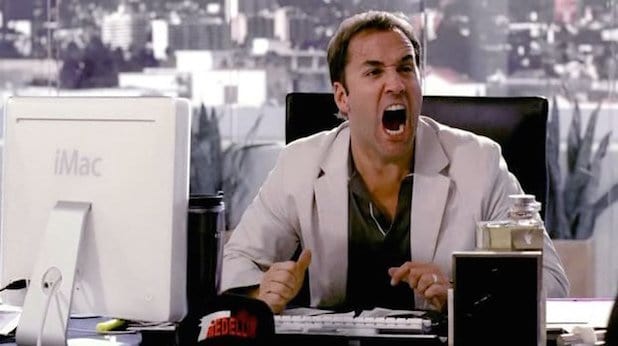 It’s been reboot season for a while now with only a handful of original ideas coming through, but apparently, that’s what people want since Entourage has now hit the list and is apparently being worked on. One has to imagine that a number of things are going to change simply because of the fact that things were quite a bit different when the show started up then they are now. Trying to imagine how the show is going to tone anything down is already worth a snore or two simply because trying to keep it within the boundaries of ‘good taste’ which is slang for ‘woke’ these days is kind of tough since one has to imagine that a reboot is going to try to improve upon the show in some critical way. What that means however is that one might expect the reboot to be kind of a snore without the elements that made it popular in the first place. The great thing is that not all of Hollywood is going woke, believe it or not, and it’s possible that Entourage might actually be close to the same when it comes to the reboot simply because changing too much of it wouldn’t bring back the same fans and possibly any new fans that want to experience the show. Whether or not they would use Jeremy Piven again is kind of tough to say after the MeToo and TimesUp movements since like many others during that time Piven was nailed to the wall, so to speak, for past behaviors as the movements swept through Hollywood and generally made every man, no matter who they were, just a bit nervous. It’s definitely paranoid to think that such a thing would happen again or that it would affect how this show could make a return, but these days it’s not so easy to predict what’s going to trigger certain folks and get them to yell ‘cancel’ or cry racism or some other -ism that might ruin the reputation of a show or an actor.

That’s certainly not a paranoid thought since quite a few things are being called out as -isms these days as we appear to live in an era where victimhood is trendy and blaming others for personal problems is the go-to decision for those that don’t want to face their own issues. The fact that such things affect the kind of entertainment that’s allowed to be released is a bit saddening since it means that people have become so insanely insecure and uncertain of how to deal with their lives that they have to go after anything they can to feel that they might have some control. Thankfully it doesn’t work all the time since there are still plenty of shows and movies that are highly controversial and go on to say and do things that might not fit with what the woke crowd wants but are definitely what the rest of us want to see. Entourage is one of those that needs to be free in order to do what it can and do what it does best in order to entertain the fans and keep everything in the best possible working condition. What that means of course is simply taking the show and running with it as was done, to begin with. Who will be headed back to the show and who will be missing is something that a lot of people don’t know right now since figuring out what needs to be done is going to be a bit of a process that will need to focus on this time. Everything else eventually becomes so many details that will be figured out in due time.

Thinking that this show will be exactly the same is a bit naive since some things are bound to change simply because that’s the nature of a reboot. If everything stayed the same it might as well be called a continuation, which this is not. Trying to sit here and predict what the show is going to be about and what it’s going to be like is tough simply because until we see a bit more on the idea there’s really no way to know which direction this thing is going to go in and therefore who’s going to star, whether the plot will be the same. Those that are hoping for a new and yet familiar show are bound to keep coming back until they get the information they want and, depending on what they hear, they may stay or they may decide to move on. Reboots aren’t perfect by any means, but some of them do improve on the original story. We’re going to have to wait and see what happens with Entourage, but it does feel as though things might return to quasi-normal at least.