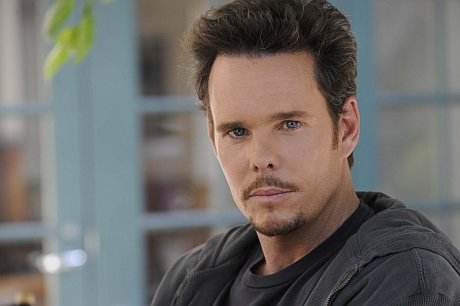 This episode was a great relief from the darkness that was “Murphy’s Lie.” There’s a lot more humor in it than there was last week, and I’m thankful for that, because I watch Entourage for one reason, and one reason only: because it’s funny. And this episode was funny.

The episode opens with Vince sleeping with a girl. She suddenly wakes up, hearing something downstairs. Vince goes down in his boxers to investigate. The door is standing wide open downstairs, and Vince hears someone rummaging around in a nearby room. Fleeing back upstairs, Vince tells his squeeze to call 911.

The next day, the entourage is checking out the house, which is being investigated by the police. While there, Drama gets a call from Lloyd, who informs him that he’s in deep trouble for “assaulting” Dan the previous day. All Lloyd knows is that Drama won’t be needed on set for the day. Drama, afraid he’s getting fired, leaves to go make up with Dan, to keep himself from getting fired.

Meanwhile, Vince and Turtle talk to the police — it appears that nothing is missing, and there is no sign of forced entry. Assuaged, Vince and Turtle thank the officers, who leave. Then, Vince’s maid reports that Vince’s underwear is nowhere to be found, and Vince realizes that whoever broke in stole his underwear.

E goes into his first day at work, which starts with a board meeting. He’s barely settled with he receives a delivery from Ari — several boxes of pizza. The message attached teases E, telling him that he’s no longer a pizza boy — he’s a pizza man. E laughs it off, but begins plotting revenge. Meanwhile, Scott Caan is reporting that he’s having some trouble booking Bob Saget, who won’t return his calls. Murray is disappointed, so E, since he knows Bob, offers to help, offending Scott. After the meeting, Scott confronts him, telling E that he doesn’t need his help.

Drama attempts to get into the studio lot to apologize to the executive, but the security guard won’t let him in — he’s been banned from the lot. Drama calls Dan via the security phone, and goads Johnny into having another anger attack.

Meanwhile, Ari shows up at Vince and Turtle’s house, and tells them that he’s worried about them, especially since they don’t know who broke into their house. Vince hopes that it was a cute fan who stole his underwear, but Ari thinks that it’s a creepy guy instead. Ari recommends a security guy to come and set up at Vince’s house, though Vince and Turtle just want to buy some guns, against Ari’s better judgment.

Scott drops by E’s office, and lets him know that Bob Saget agreed to come in, because Scott told him that E was at the agency. Scott tells E to be there for the meeting with Bob in his office. Meanwhile, Lloyd gets a package from E to Ari. It’s a sex toy, with “Suck it!” stuck to it on a post-it note. Lloyd accepts the gift happily.

The meeting with Bob Saget doesn’t go well for Scott — Bob simply doesn’t like him. He instead wants to speak to E alone, telling Scott to leave. Bob tells E that he will join the agency under one condition: that he gets to have sex in Murray’s office.

Drama talks to Jamie Lynn to get her to back him up, but she’s apprehensive about it, and tells him no. Meanwhile, Turtle and Vince go shopping for guns. They choose rather large, showy guns, but when they learn that there’s a ten-day waiting period to purchase the guns, they go for knives instead, which can be purchased immediately.

Drama finally gets into the studio lot by giving the guard a gift basket, which includes chocolate chip cookies, the guard’s weakness. Johnny goes to see Dan, and apologizes, though he insists upon hearing Dan say what he said earlier. Dan reasons that Drama is actually recording their conversation, and Drama admits that he is. He then begins to grovel, pleading for Dan not to fire him. Dan tells him not to worry — he’s not going to be fired because the network wants to keep him there.

E talks to Murray about Bob’s strange request. Murray acts angry at first, but he’s just trying to get a reaction from E. He’s fine with Bob’s request, and agrees to it. He congratulates E on a great first day.

Drama returns to Vince’s house with the news that he’s not fired, as well as a paper sack full of guns, with which he accidentally shoots out a window. The episode ends on their suprised reaction to the shattering patio as they realize that maybe Ari’s security guy isn’t such a bad idea after all. 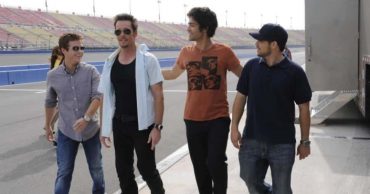 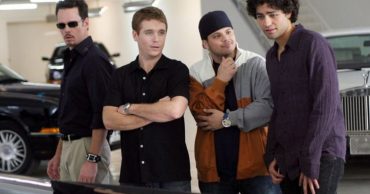