Home
Television
Entourage
Why the Entourage Movie Is Completely Unnecessary 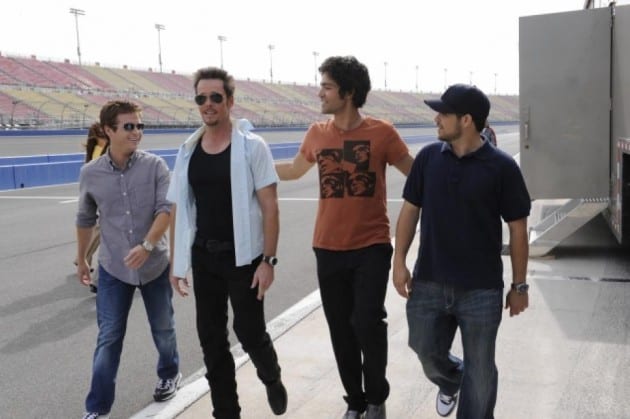 After premiering on HBO in 2004, Entourage quickly became a hit for the premium cable network. It was flashy, funny, wish-fulfillment television that glorified the luxurious lives of Hollywood’s elite and made almost every single guy on the planet wished that he could be hanging out with Vince, E, Drama, Turtle, and Ari. The series offered a look inside the film-making industry (although how realistic of a “look” that exactly was is definitely debatable), a great “bromance” between its four central characters, and a endless parade of celebrity cameos, and it was all fun…for three seasons.

When Season 3 ended, Entourage took a bit of a nose dive in its fourth season, as everything became about the production and distribution of Vince and Billy Walsh’s passion project Medellin, in which Vince played infamous drug lord Pablo Escobar. Although it had a brief rebound in Season 5, the show never really recovered, especially in its near-disastrous final two seasons, as Entourage constantly recycled plots (how many times did E and Sloan break up and then get together?) and began to make its characters unlikable with their unpleasant, self-destructive behavior (see Vince in Season 7). Entourage was a show that was mostly centered on what was on the surface, the superficial delights of Hollywood life, but as it grew older, even its most silly and ridiculous moments were devoid of any fun. As it neared the end of its final season, it was essentially a parody of a parody, a series with pretty much no remaining likable characters and even less stakes.

However, I did enjoy the Entourage series finale and thought it was as good of a final episode as the show could possibly have after the devolution it underwent in its later years. I especially enjoyed the ending tag to the finale, with Ari getting offered the studio head position, which essentially acted as a lead-in to the Entourage movie that we are now getting (the trailer just came out this week and can be found at the bottom of this article). But there’s a reason why some of the best endings to shows leave us wanting more, imagining what our favorite characters are doing in their new positions in life: because, most of the time, our imagination is better than the reality of that next chapter put to screen. 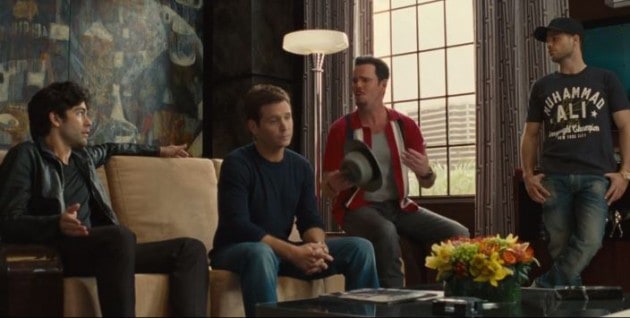 And in the trailer for the Entourage movie, that looks to be the case again, as the long burnt-out series seems to be doing its same shtick on the big screen, with more of Ari yelling, more of Drama saying obscene (but no longer funny) things, and more of Vince being Vince. There’s no real reason that this story needs to be told, as things were pretty much tied up on Entourage, since E had gotten back with Sloan, Vince was getting married, and Ari had patched things up with his wife. And, really, that’s the real reason I’m dreading this film: what’s the point?

Television shows that make the jump to the big screen and become movies only work when there is actually a need for them, when the creator of the series has something he or she needs to say. That’s why there was such a push to get films like Serenity and Veronica Mars made and why so many of the original shows’ fans enjoyed them. The stories to both Firefly and Veronica Mars were not yet completed, and both Joss Whedon and Rob Thomas had good, solid plans for what they wanted to see happen to these characters. Entourage‘s Doug Ellin? By the looks of this trailer, I’m not sure what else he wants Vince and co. to experience except for more parties, more women, and more convoluted movie industry plots.

The Entourage movie appears to pretty much be the same thing as the Sex and the City films were: a story-less money-grab. TV series should only make the leap to the big screen when they need to provide closure to their fans. Entourage, like many other shows, got to end on its own terms, and instead of trying to make one last big Hollywood comeback, it should do what all film stars do when their time on screen has ended: retire.