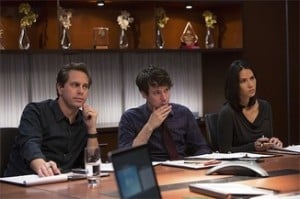 “Jerry has committed the crime of not being Jim Harper,” says Don while chewing the fat with Mac. Although I’ve never been a legitimate journalist, I’ve seen season five of The Wire, so I understand the impetus for doctoring quotes to reflect your story. (I’ve been to Prague, but I’ve never “been to Prague” been to Prague.) I get that Jerry Is convinced that the ends justify the means. But let me tell you this: Regardless of how important a story may appear, Jim Harper would never display this behavior. Jim is a paragon of journalism. Why not hold him up as the standard? (Is it weird that I have posters of Jim Harper and Will McAvoy in my bedroom?)

The new source that Jerry is pursuing is general Stomtonovich, a man who is infinitely more interested March Madness than (fabricated) war crimes. Along with censoring his face and altering his voice, he stipulates that he be able to watch some college hoops during the interview! After all their concessions, he still is very abstract in discussing Genoa, couching the whole discourse in hypotheticals.

With his doctored sound bite, Jerry is obstinately pushing ACN to cover Genoa; he is being received with trepidation. Jim points out that they didn’t consult their military analyst, while Charlie and Mac question the character of Stomtonovich. Jerry doubles-down and accuses their biased view of President Obama clouding their judgment.

Meanwhile Will’s judgment is still being clouded by his perceived relationship with his audience. He is now conducting independent focus groups to assess his on-air likability. Throughout “One Step Too Many,” we see Will watching himself on television a lot, sometimes accompanied by Nina. This neurosis culminates in a hilarious scene where Will McAvoy appears on a morning show in an effort to humanize himself to his viewers. He quickly becomes infuriated and throws a football at a light tree.

Sloan describes his behavior as compensation for losing Mac. (It’s clear that the loss of his father is compounding this: When his father dies in the previous episode, he utters, “Well, I guess it’s just us now,” to the camera.) “You feel more comfortable with strangers than friends,” she asserts.

The heart of this episode is undoubtedly Jim and Hallie’s date. Hallie has set up a blind date with Neal and her friend, Aubrey, an intoxicated Ron Paul enthusiast. She has also invited the Jim’s nemesis, Taylor from the Romney campaign, because Taylor feels depressed. There are loads of crackling Sorkin-esque dialogue here, Aubrey interjecting to spew some nebulous “We need freedom!” talking points and Neal–an obvious proxy for Aaron Sorkin–dismissing them. Aubrey also blabs to Taylor about Jim’s Youtube video.

Jim and Taylor relentlessly argue over Romney’s shortcomings (the Etch A Sketch comment, his dancing horse, his reluctance to go on other cable networks than FOX, being ashamed of his business record, his caginess about his faith). Jim tells Taylor that, if they are serious about their campaign, they ought to mend some of these things. She tells him that she did suggest that and was promptly fired.

Jim is still determined to have a little private time with Hallie, but she suddenly has to leave for Colorado. He goes to the bar and sees Maggie leaving with a guy. He acts concerned for her in what I believe to be the role of a friend. I don’t think there is anything romantic here, and quite frankly, I hope there isn’t.

The Newsroom’s “One Step Too Many” is laden with all kinds of Genoa talk, and again, this is not something I think is working very well. The first scene with the Red Team felt particularly turgid to me; not even banter about Santa’s reindeer (which–for the record–there are nine of) could lighten this up. I did, however, howl at Charlie and Mac looking for Stomtonovich’s house. As a former pizza delivery boy, this is something I will always find amusing. 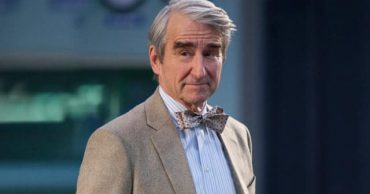 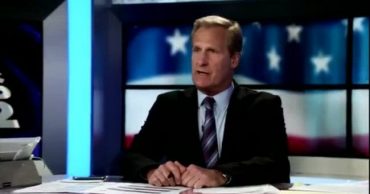 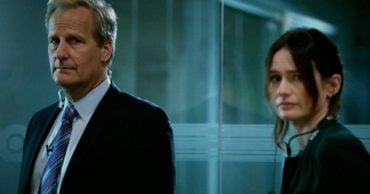 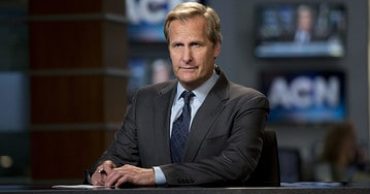 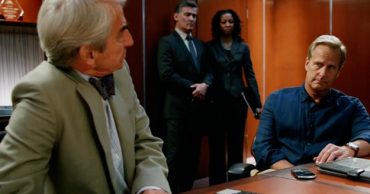 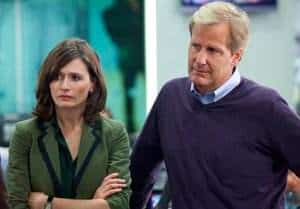