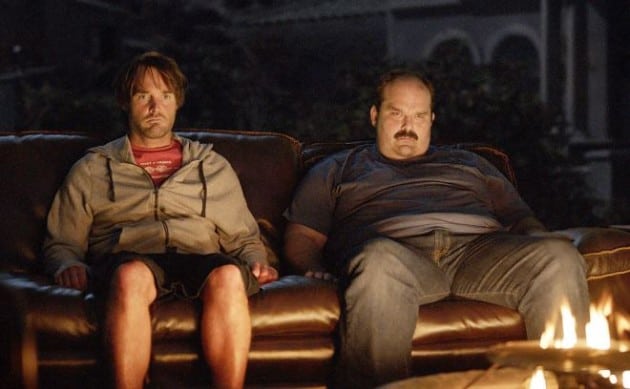 I might enjoy this Phil Miller vs. Phil Tandy Miller story a little bit more if there was some nuance to it. Then again, I might like The Last Man on Earth a bit more if there was the slightest hint of depth in any of its stories, but “The Tandyman Can” is another confounding half hour of television, the latest episode to bury a few intriguing moments underneath a lot of loud, superficial nonsense that ultimately undermines the emotional components of the show’s central ‘story.’ Last Man on Earth doesn’t need to be some in-depth observation of the human psyche, but to this point, the lack of consistency in any facet of the show (besides the ever-shining sun of Tuscon) has robbed it of any real meaning.

The real problem is how everyone acts as a reactionary device to Phil/Tandy. Characters aren’t so much defined by their own actions as they are conveyed through their reactions to Tandy’s behavior, which runs the gamut from mildly charming to aggressively juvenile, most of the time occurring simultaneously. This week, he lies about having a farm, then spends all night building it, only to plant jalapeno seeds, and instead of giving other characters actions that would help cement their definitions, Last Man on Earth simply has them acting as agents of resistance against Tandy, or in the case of Phil or Melissa, just do nothing at all while the other three women of the cul de sac run around like it’s their last chance at copulation.

Why doesn’t this work? Besides the fact it robs characters of having true agency in their own decisions (Phil is such a good human being, and Tandy so awful) and spends most of each episode staring at other characters’ faces while Tandy does something stupid and self-righteous, each action by Phil causes an inconsistent reaction. Earlier this season, Carol’s insistence on them waiting to sleep with each other until they were married is an important tenant of the story; here, her complete lack of that thought becomes a key moment, because it finally catalyzes the story The Last Man on Earth has not so subtly alluded to: Tandy and Todd (who now just sucks) teaming up to kill Phil, because he’s just ruined everything by making them act like jerks.

It’s all very off-putting material, and just as it treats characters like Gail and Carol as caricatures, it treats Melissa and Phil like pieces of pretty cardboard, emotionless pits who only display any kind of human behavior when the scene demands Melissa be a jerk, or Phil a nice guy. Besides that, these two characters just stare while other people are talking/yelling/trying to seduce them, and it robs scenes like them collecting trash of any kind of meaning. Melissa wanting to ride on a garbage truck her whole life should be an informing moment for the character; unfortunately, it’s not tethered to anything else we’ve seen her do this season, making it feel like a random bit thrown in for a joke, albeit one that lands with a dull thud.

One thing is certain: none of it makes for compelling or funny television, simply another collection of scenes where a few people are freaking out because a couple other people might end up sleeping together, which is a story that is all too common on Last Man on Earth, which has dedicated about 80% of its material so far to that very subject, most of which consists of Thandy squirming, lying, and generally being an off-putting human being. And yet, I’m still intrigued to watch the last half hour of this train wreck of a first season, to see if Last Man be able to redeem itself as a show. With a finale built around a silly murder plot, it certainly (and unfortunately) doesn’t seem like The Last Man on Earth will become the nuanced exploration of masculinity I’d always hoped it would become, but only time will tell.