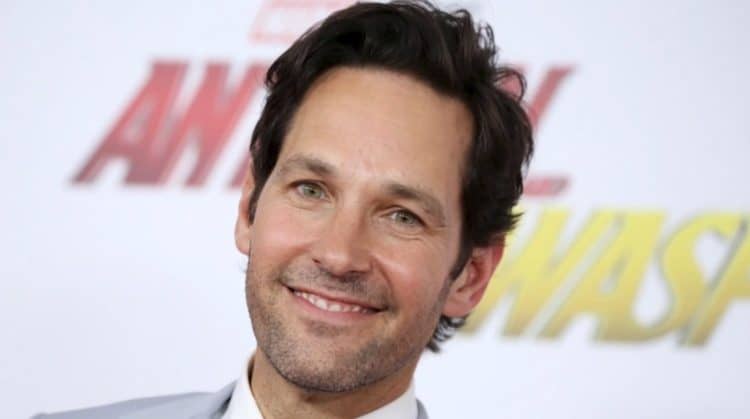 It’s great to have friends and to know that one’s friends care about them and are always there for them, but for a lot of people, there are boundaries that we just don’t cross. Sometimes those boundaries don’t need to be spoken aloud, while at other times it might be wise to let people know just so they don’t get crossed. Of course, friends are bound to cross boundaries every now and then since that’s kind of how best friends work sometimes. The story of how Paul Rudd pulled a pretty funny prank on Seth Rogen in Las Vegas once definitely affirms that people do in fact have boundaries, but it’s also easy to think that since Rogen took it so well that those boundaries aren’t quite so rigid as one would think. The whole story comes from a visit to Las Vegas by both actors who happened to be in Vegas at the same time, Rudd saw Rogen head into a massage parlor, and thinking that it would be funny he made his way in and somehow convinced the masseuse to allow him to finish working on Rogen.

Amazingly, Seth didn’t even know it was Paul until he turned around and saw his former costar. A lot of people might be shaken up at the idea of their friend giving them a massage in such a manner unless it was a common thing, but it sounds as though Seth took it well and didn’t really make a big fuss about it. To be fair it’s likely that after spending so much time together the celebrities have grown comfortable enough around each other that pranks of this nature aren’t bound to upset them that much, if at all. But a massage is a rather personal thing so one might think that Rogen would have had a bigger reaction to this than he actually did. When it comes to celebrities though a lot of people might wonder if this kind of crazy stuff is what they do all the time or if it’s something that they only do now and then for their own reasons.

The truth is that celebrities are a lot more like regular people than a lot of folks want to think about since too many individuals put celebrities on a pedestal too often and think that they’re worth idolizing and glorifying in some inane way. But the idea that they’re anything but people is kind of erased when stuff like this happens since this was just one friend pranking another. But just to be a stickler for a moment it could have gone much, much worse since unless Paul Rudd is a licensed massage therapist or has any training at all then this could have been a huge liability to the business since letting someone take over a job that does require at least some training is kind of irresponsible no matter that it’s a celebrity that was wanting to make this happen. Yes, I know, it’s a buzzkill, but the reality of it is that while a lot of actors are trained and skilled in a number of things, anything having to do with the human body, especially when it comes to something that includes applying pressure of any sort, is rather dangerous since there’s no telling what could happen. Some might want to say that of course Paul wasn’t going to try to hurt Seth, and that’s all well and good, but with massage, it’s easy enough to make a mistake that this could have been a very, VERY bad idea.

Shattering the story to a good joke is a big buzzkill, I know, but it’s also a way of saying that while pranks are pretty funny and all’s well that ends well, one has to think about the business side of this story too since there’s so much bad that could have happened that it’s easy to wonder if Rudd even gave it a second thought. One might wonder if Rogen even thought twice about it, perhaps wondering what might have happened if Paul massaged the wrong spot or applied a little too much pressure. Again, if Rudd knew what he was doing then it was perfectly fine and turned out to be a great prank. But if he would have hit the wrong spot, yikes.

I’m all for a good prank, but the fact is that sometimes one has to think before taking on the prank and wonder just what could go wrong if they’re not careful enough. This is a failing of a lot of people all over the world that love to play pranks on their friends since rational thought often gets eclipsed in the face of humor. It was definitely a funny prank though, and the look on Seth’s face must have been priceless.