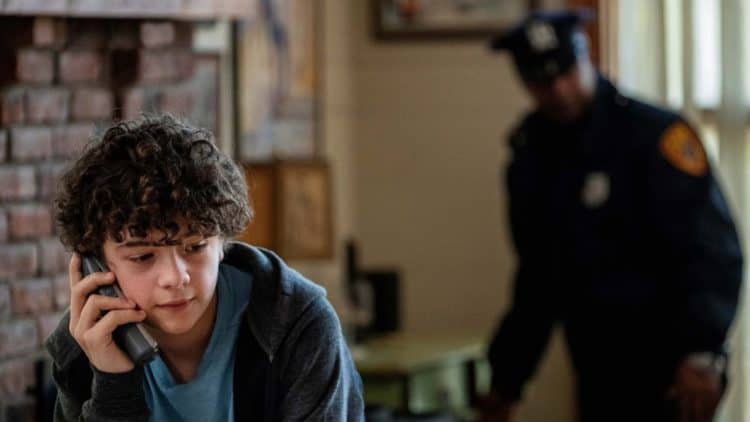 He’s still a kid, but he’s got the kind of talent that many adults will never realize. Noah Jupe is still a teenager – one who isn’t even old enough to drive – but he’s been so busy working on his career that he doesn’t have time to bother with age. You know him from movies like “Wonder,” and “The Titan,” and he’s someone you will never forget. But, there’s so much more about this young boy that you just don’t know. We want to get to know this young man more than we do, so we’ve done some research to find out what he’s all about.

If you thought you might know his name because it sounds a little familiar, you’re not wrong. He’s the son of a filmmaker whose last name is Jupe. Chris Jupe. His mother is an actress, and her name is Katy Cavanagh. He’s got a start in the business through his parents, but his talent speaks for itself.

Noah Jupe is only 15. We aren’t sure of his precise date of birth, but we know that he was born around 2005. He’s not old enough to drive. He cannot vote. He cannot even go away by himself. He’s still a child, but he seems like a much older soul than he really is.

He’s in a new movie being directed by Steven Soderbergh, and that meant he had to spend two weeks in a hotel room in Detroit. It’s one of the small caveats that actors and actresses in so many situations are going through right now. To keep workers safe and healthy, they’re being asked to quarantine so that they can go on the set together and film, and that’s what he did with his mother for two solid weeks.

4. He Loves the Classics

When you have a hotel room and two weeks with nothing to do, you watch movies. He spent mots of his time in his hotel room bed doing things like watching the best of the best in terms of classic movies. He loved many of them, and he’s just glad that his mother gave him a little less restriction on what he could do so that could take part.

5. He’s Got a Unique Mask Struggle

He’s been working through the pandemic, but it’s been weird. His most unique struggle is that he only recognizes half the faces of the people he knows. For example, his hair artist. He’s been working with him for a very long time, but he only knows what he looks like with a mask on. He has no idea what he looks like without it, and he didn’t recognize him when he took it off at a lunch to eat.

Speaking of masks, he is just glad he is an actor. He doesn’t have to wear his all the time because he can take it off once he is on set and able to work, and that’s a relief. He finds them frustrating and upsetting, and that’s something the world understands.

He was actually born in London. He was born in a place called Islington, which is in the UK. He’s not currently living there, but he’s had a chance to spend time in some of the world’s most beautiful, most exciting places thanks to the careers of his parents. That’s a cool life to live.

8. His Mother is English

His mother, Katy Cavanagh, is one of the most famous actresses in the UK. She’s known for her work on some of the most popular television shows in England, and that is why she had her son there.

He’s only 15, so we imagine that his mother and father have a lot of say over what he does and does not do on the internet. However, he has only 30 posts up on his Instagram page. He follows no one. He had a very color page about halfway through, and it’s all black and white now. He also has more than a half-million followers.

Again, we will point out that he is only 15. He should have a ton of privacy in his life, but we are talking about his personal desire to share. For example, he posts on Instagram, but he doesn’t use captions. Every photo he posts simply speaks for itself, and he doesn’t do any sort of explanation. We actually really like that, and we hope he continues to value his privacy so much.