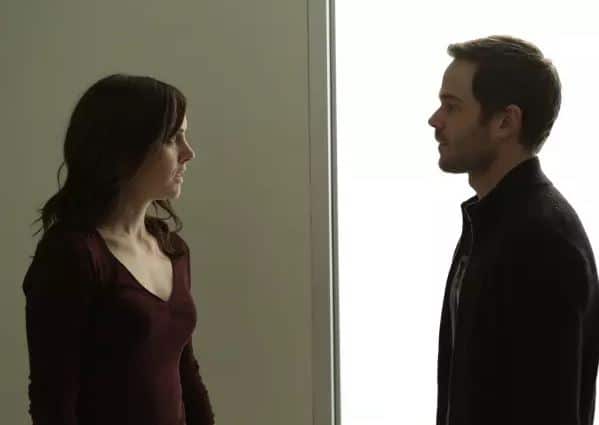 Well, I’m sure that all of my fellow followers of The Following on FOX (say that five times fast?) have heard the news by now, that FOX has dropped the hammer on our favorite serial killer thriller. However nigh the end may be, I will stay true to the end. Also, it’s only one more week, so it’s really not that much of a task. But I will add how impressed I’ve been with its creative resurgence this season, and I’ll be sad to see it go.

This week on The Following: As the FBI closes in on “the mole,” Tom is forced into desperation by Mark and Daisy. Mike is captured by Theo and his motley crew of killers, while Penny is captured by Ryan. The prisoners must be exchanged, but not without conflict on both sides. Gwen drops a bombshell on Ryan.

Well, I knew this day was coming. I’d been worried about this show all season, and was hoping that my reviews would be enough to bring viewership back up (I’m kidding, of course). But Season 3, as a whole, has been a creative rejuvenation of the show in so many ways. Last week, I was worried because The Following didn’t feel the same without Joe. I mean, sure, James Purefoy is still around, and Ryan’s wack-a-doodle visions of him are a really interesting storytelling element. But, without Joe as part of the main story, I was worried that the show would limp along to the finish line. However, I am glad to say that I was wrong. The Following‘s creative team knew exactly what it had to do to raise the stakes and ramp up the intensity, and they brought it in these two episodes.

As much as some people would disagree, I maintain that Ryan Hardy has always been the most compelling character on this show. Sure, Joe was a close second, and both are compelling, but Ryan has this anti-hero air about him. I think falling off the wagon has been the most humanizing they’ve done of Ryan so far, and I LOVED that scene with Gwen at the end of the second episode. They’re setting emotional stakes at an all time high for what is sure to be a bananas finale. The visions of Joe that Ryan sees have become one of my favorite storytelling elements too, mainly because they show the similarities between Ryan and Joe, and that they are two halves of a whole. Why do you drink yourself into oblivion? Because your other half is gone.

There was a lot of stage setting for the (now series) finale in this episode, but the intensity wasn’t lessened because of it. Mark is dead, Mike is dying (decidedly not dead), and surely Theo is going to come after Ryan’s pregnant ex-girlfriend in what will end up being an all-out war. Of course, these are just my predictions. Joe or no Joe, The Following produces thrilling episode after thrilling episode. I enjoyed the two hours this week, and I’m looking forward to seeing one of my favorite shows ride off into the sunset.

What about you guys? What did you think of this week’s episodes? Are you excited or sad about the finale? Let us know!

The two-hour series finale of The Following airs Monday May 18 at 8/7c on FOX.