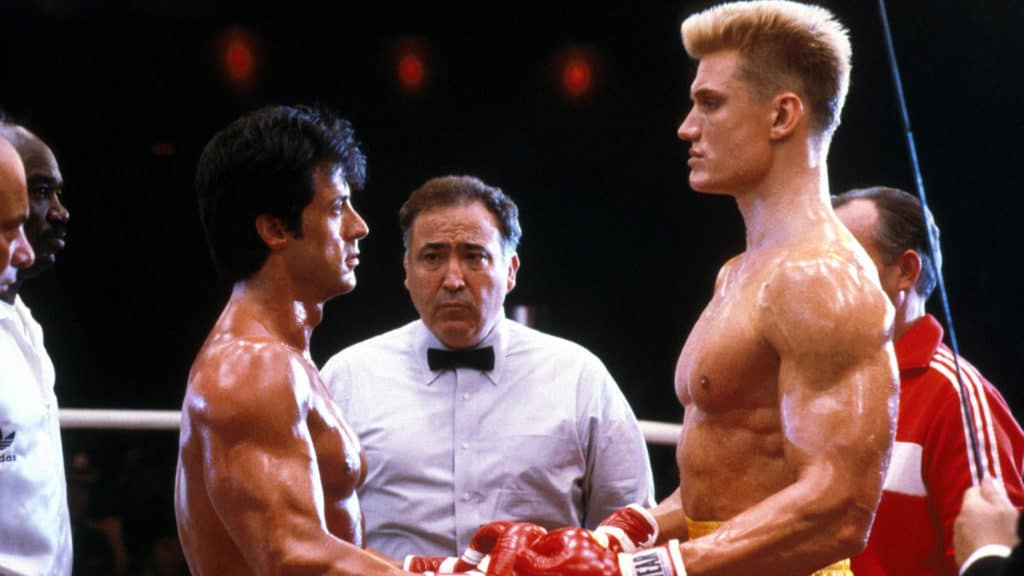 Training montages in movies are something that can be appreciated, mocked, or simply watched and not commented on, but a lot of us know that the latter option isn’t entertained that often. The whole idea of a training montage is to show that the protagonist, and even the antagonist, are going through a lot of pain and preparation to go to war with each other when the main conflict in the movie is finally ready to happen. The montage is the buildup to the main event that moviegoers came to see or a way to show that the main character in the movie is in fact dedicated to the path they’ve selected. Sometimes there isn’t an antagonist to stand against, since honestly there are times when the protagonist isn’t really set against anyone but the circumstances in which they find themselves. Hey, sometimes it feels like the individual against the world, so it makes sense to show a single person training as hard as they can to reach a goal or simply endure a world that appears set on keeping them down. Here are 5 of the best training montages in movies.

Frank Dux’s legend is what one might call a laughable controversy at this moment since a lot of people aren’t certain if he did the things he claims or if he’s one big fake, but the movie that was based on his ‘life’ is entertaining anyway since it’s fun to watch for what it is; an amusing action movie. But the training that the main character goes through feels a bit brutal at times, even if it’s common knowledge that JCVD can do the splits, which is something that he appears bound and determined to show in many of his movies since if one pays attention, he does manage to fit this ability in somewhere quite often.

As inspirational as this movie is, and it is without any doubt, there were a lot of liberties taken that didn’t show the truth of Rudy’s life from his younger years to his final sack of the game at the end of the movie. It’s kind of a downer to realize that the movie isn’t the truth, but if you haven’t figured out that cinema ends up taking liberties and exaggerating things as much as possible, then you’ll no doubt be peeking around the corner to catch a glimpse of Santa Claus in a couple of months as well. All joking aside, Rudy’s real-life efforts are still impressive, but the movie definitely pumps them like a pair of sneakers from the 80s.

You can’t help but pull for Wesley in this montage since by the time it comes along in the movie he’s been getting the hell beat out of him and it would appear as though he has no real place in the Fraternity no matter how much they try to change him. When he embraces the process however it becomes obvious that there’s far more potential there than anyone, perhaps even Wesley, realized at first. The moment when he starts to finally get the better of his trainers is pretty cool since a person can almost pinpoint the moment when he reaches the threshold and leaps over it to keep going forward.

I honestly don’t know how many people remember this movie since it’s not ancient but it’s not something that was widely broadcast when it came out either, and yet it’s one of Jennifer Lopez’s best performances. As a woman that’s escaped an abusive husband, she ends up finally having enough (eh, eh?) of running and hiding and decides to lean on her biological father, who never knew her while growing up, to pay for her training and to help her out when it comes getting back at her ex. The end result is that she finally secures her and her daughter’s freedom from her abusive ex, but the training she went through is rather impressive.

To be honest, this montage is kind of corny and a bit over the top, no pun intended (Stallone fans will get it), but it’s still necessary. Keep in mind that steroids were still a big thing back in this day, and the difference in training was meant to be a big deal in this movie. Ivan Drago was essentially a beast that was created by training and a steady supply of chemicals, whereas Rocky was a naturally tough individual that became even tougher as he trained in a harsh and unforgiving climate. The point was well made in the final match since for all the punishment that Rocky took, it was proven that he was the tougher boxer. Of course, then part V came along and showed the fallout of the beating he took, but that’s neither here nor there.

The training montage is one of the best elements in cinema, and yes, you can try to change my mind.