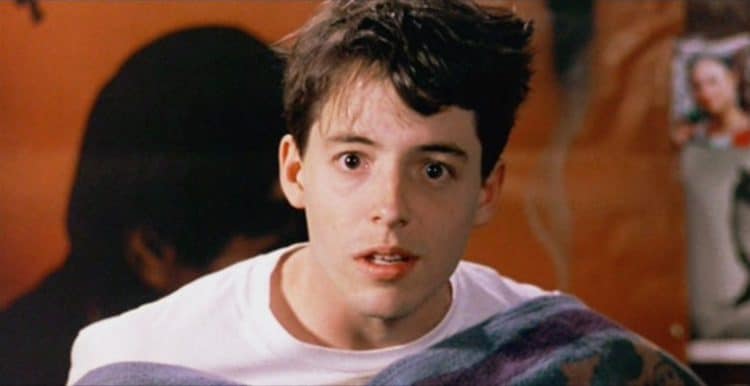 Have you ever noticed how some actors are great when they’re younger and then kind of fade off once they start to age? Matthew Broderick has had his time in the sun since he was young and he’s still not quite done thankfully, but his time as one of the top stars in the business kind of faded out the moment he started getting older and couldn’t fulfill any really youthful roles. In fact upon seeing him on Modern Family during an episode it almost seems as though his age has caught up to him and he’s anything but the guy that we all knew and loved from his earlier days. He’s still got acting talent, don’t get me wrong, but there’s nothing in recent years that he’s done that can really compare to what he accomplished when he was so much younger and could easily make a film into something that people would remember for decades to come.

A remake of an older film, this one is funny simply because it’s so outlandish that a facepalm is kind of the only reaction that a lot of people can think of when trying to get through it. But putting it nicely it does kind of accomplish the goal of the two men in the film since it did get enough attention to be noticed. When two men attempt to make one of the worst plays ever created they find that success is not so hard to shake since the tone of the play and the interpretation of the audience becomes something that makes it a hit, meaning that the embezzling scheme they were planning to hatch doesn’t work and they both end up going to prison.

Never underestimate the people that are willing to go to any length to get what they want. This movie is absolutely crazy as it pits one teacher against an overly-ambitious student that wants nothing less than to be student body president and will do whatever is necessary and whatever is in her power to get there. Unfortunately he comes to realize just how underhanded she is and yet can’t prove anything, leading to a confrontation that he ultimately loses as he’s caught for his own underhanded ways while she is exonerated and allowed to get her way. In a battle of wits it’s usually best to work with calculated precision rather than emotion.

There’s only one color that unifies everyone in war, and that’s red. It’s the same color that comes out of every person that’s ever fought and died on a battlefield, no matter who they’re fighting for. When Shaw is ordered to take over the 54th he’s given a great deal of hardships to overcome, and in the end things don’t turn out the way anyone would have hoped since history in the movies can be fudged and even rewritten but it can’t erase what happened. The deaths of so many Union soldiers was a turning point, one of many, in the Civil War, but it was still a sight to behold as it showed the heart and dedication that such is to be had in the midst of so much horror.

It’s all a game until the missiles start going off and the world is in real danger of being at war with….nobody. When a hacker that is quite adept at changing things online and getting into where he shouldn’t be accesses a hi-tech military computer he sets in motion a chain of events that sets the country on high alert and begins a process that doesn’t end until the program realizes that in nuclear war there are no real winners and that the best option is not to ‘play’ at all. Can you imagine someone trying to do this today? The ramifications would be just as big, but the security measures of this day and age are insane enough that someone would have to be born a computer whiz.

Life moves pretty fast, but Ferris seems to move even faster since he gets to do what he wants and never gets caught. Well to be honest he gets caught once near the end, by his sister of all people, but she lets him go. You can theorize why this is and why she decided to show mercy, but the point of the whole movie is that Ferris is going to do whatever he can get away with, and in the end people love him for it since if you want to be completely honest almost nothing he does is outwardly malicious, though it is the kind of behavior that seems infectious to other teens. It’s about experiencing life and having fun while you’re at it.

Bueller? Bueller? Oh come on, you were thinking it.