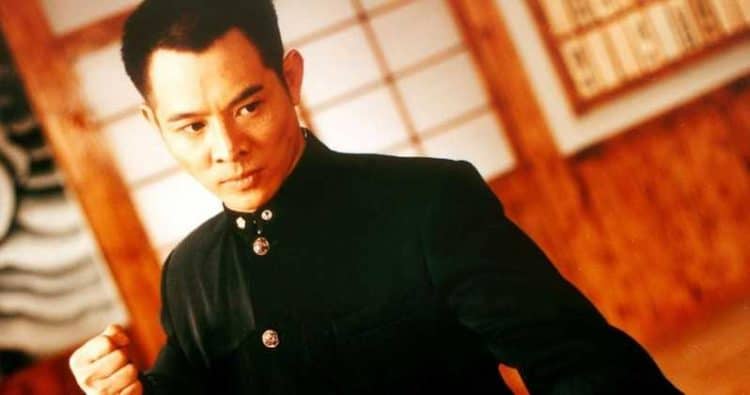 The difficulty in picking out the best movies when it comes to martial arts films is that there are literally too many of them to really appease everyone. In selecting Jet Li movies one has to be extraordinarily selective since some folks tend to love the work he’s done in America and others would swear by his earlier films when it comes to how authentic everything feels and how great the story is. There are those that might argue that The One, Romeo Must Die, or even Kiss of the Dragon should be on this list, but there will be justifications as to why they’re not. Martial arts movie enthusiasts have their biases just like anyone else, but honestly and truly one has to look at the story along with the fight sequences to really determine just how good a movie really is. If all you do is skip around the plot to get to the fighting then it kind of argues the point that the story isn’t that great.

With that in mind here are a few of Jet Li’s best movies.

Honor and integrity mean a great deal in this movie since Huo Yuanjia was bound and determined to restore his family’s good name after his father lost in a match right after showing mercy to a downed opponent. Unfortunately Huo took his quest too far and became vain and quite cruel. Only when he lost everything did he realize the need for compassion, mercy, and civility. When he returned to his hometown he was a changed man, and this was shown in his desire to fight with a measure of humility and respect towards his opponents. But of course politics isn’t always a game that’s played fairly, or with a shred of civility.

Out of all the villains in the Lethal Weapon franchise he was possibly the deadliest and the most ruthless despite the fact that other villains have gone after family members. Jet Li’s character would have likely killed Joshua in the first film and mowed through the rest of the villains as well. Up until this movie it was believed that Martin and Roger were unbeatable as a team, but Li kind of put that to rest, well, almost, since he took both of them down before being impaled and then killed underwater with a machine gun of all things. It’s probably right up there as one of the times that people though they might have seen the end of Riggs. But of course there was always bound to be a last-second save since that’s just how these movies work.

My Father is a Hero was the original title of this film, but it was changed to The Enforcer when it was brought to America. The whole idea behind the film is that Li is an undercover cop that has infiltrated a gang and is set to bring them down. Unfortunately when the gang leader figures out that he’s a plant it becomes open season on his family and things start to heat up in a big way until the finale when he and the gang leader finally go toe to toe. Among his many movies this seems to be one that’s been remembered the most given that people will talk about it at length and will even agree it’s one of his best.

One thing that’s great to notice about this film, and several others have done this as well, is that they show the combatants actually getting tired and suffering from the hits they take throughout the fight sequences. Granted, people want to believe that those fighting in movies are extraordinarily tough and can take a few dozen shots to the head without any ill effects. But this movie is a little more realistic in showing that no matter how tough or how skilled they are the combatants are capable of tiring, sweating, and showing serious fatigue and wear when they do end up taking heavy, punishing shots.

1. Once Upon A Time in China

It could be that Li takes on the persona of Wong Fei-hung, a figure that draws a lot of attention in various films, or it could be the overall theme of the story, but any enthusiast of martial arts film will likely make mention of this movie at least to draw the attention of those that they feel need to know just how great the movie really is. Jet Li has had quite the career from his beginnings to where he’s ended up, and to be honest listing this as the top film of his career seems fitting since the beginning of his legend is something that seems to have signaled something epic that might eventually end up being part film legend.

He’s great without any doubt, but his earlier films seem to have gained a much bigger following.