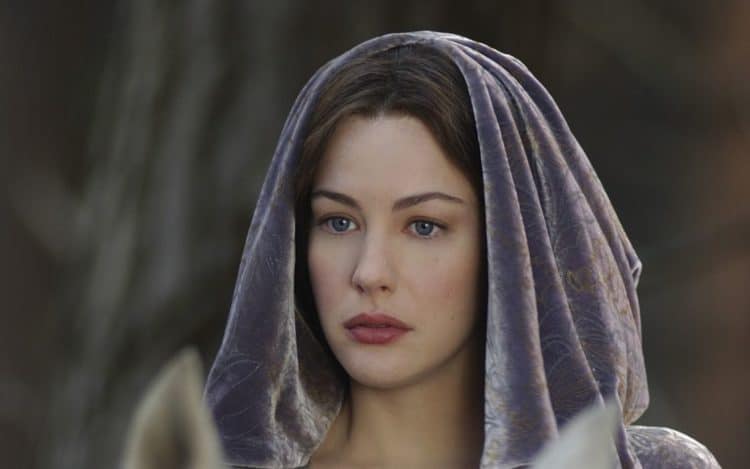 Liv Tyler has proven to be a very capable actress in her time no matter what anyone decides to say about her. Thankfully a lot of people would agree since she’s turned in some very convincing performances throughout her career. Some might think that her fame came from the knowledge of who her father is, but in truth Liv didn’t meet Steven Tyler until the late 80s. She’s built her career on her own shoulders, not bothering to take anything from him as far as her reputation goes other than her name, which has been used to promote her own career and not his and vice versa. One thing about her is that in a lot of movies she does have the same look and roughly the same mannerisms, but somehow she makes them work for the character she’s playing so that there doesn’t appear to be any overlap.

Here are some of the best movies of her career.

A lot of people might scoff over whether this is a good movie or not, but let’s put it bluntly, it’s miles above the Hulk movie that starred Eric Bana. Plus, something about Liv makes a much more convincing Betty Ross than Jennifer Connelly did, no matter that they’re both very skilled actresses. The first film just didn’t have the ‘oomph’ or raw edge that this one did, and went beyond the comic book feel. In this one at least you get the fact that the Hulk is a giant rage monster that’s out of control one moment and ready to rip apart anything that gets in his way. But when he meets up with Betty he’s as calm as can be.

Being a psychiatrist that talks with a guy like Charlie would be something of an ordeal it would seem since he doesn’t open up very easily and kind of makes his own schedule as he goes. He doesn’t even like to stay for the whole session, especially when the discussion goes in a direction he doesn’t like. But the whole idea is that he’s so insanely traumatized by the death of his family that he basically shut down without any hope of coming back until and old buddy comes around and starts to open him up in ways that hasn’t happened since the incident. He’s a very easy character to sympathize with, and his psychiatrist is a very understanding woman.

When you think about how this entire movie is the culmination of an entire staff’s attempt to save their record store from becoming part of a franchise it’s actually kind of uplifting. But the fact remains that every person that works in the store has a very long list of personal problems that they have to get through in order to get through the day and tough it out as one big family, in a way. Corey, Liv’s character, is a young woman that can be classified as an overachiever and unfortunately is also on amphetamines. But in the end she and fellow employee A.J. finally confess their love for one another after one of the craziest days any employee could possibly remember.

Just don’t talk to an astrophysicist about this movie and you should be able to enjoy it, because believe me, they’d tear this film to pieces. The whole idea of a meteor the size of Texas entering into a collision course with earth is enough to give anyone nightmares of what could happen. But one thing is kind of certain, before it hit the damage would be so devastating that the impact wouldn’t even be the worst of it. But sending people up to try and blow up a meteor from the inside seems like a great idea, so long as the science behind it is sound and the crew is able to work on a hunk of rock that’s bound to become a rather bumpy ride.

This is absolutely one of the best scenes in the entire series and it’s one that wasn’t in the book initially since Arwen wasn’t such a prominent character as she is in the movies. This scene however established her as something of a force to be reckoned with since not only could she sneak up on a skilled ranger, but she was ready to face down a band of Nazgul all on her lonesome. But of course that was a clever ruse to get them in line for the magical attack that would come next, proving that she’s a tactician as much as she is a warrior and magic-user. The Arwen in the movies was miles above the woman in the story.

She’s come a long way from acting in music videos.