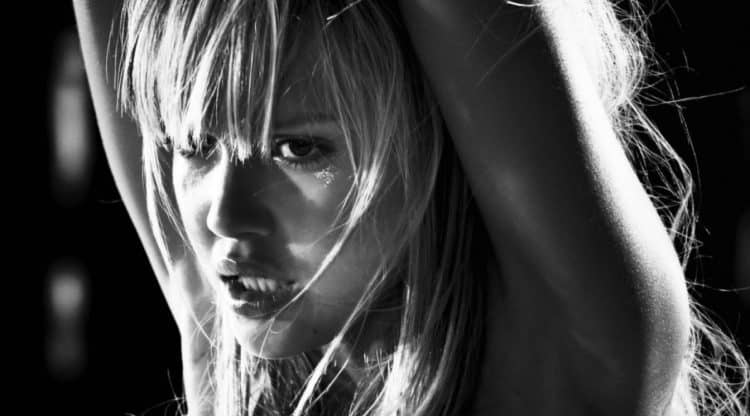 At one point and time Jessica Alba was riding high on a career that didn’t seem destined to drop any time in the near future, but then as they usually do, things started to happen and her fame began to take a serious dive. Whether it was because she was being cast in movies that weren’t all the great or it was because she was being cast for sex appeal alone her roles started to lessen in terms of popularity and she became noticed less and less. At this point just seeing her in anything is kind of impressive since despite being one of the most beautiful and desired women in show business it would appear that her acting ability hasn’t kept up with the trends and she’s been almost left behind. This is too bad really since she’s not a bad actress, and it appears as though she’s been trying to improve her skills for a while.

Here are five of the best movies from her career.

Admittedly she plays a smaller role in this film and it seems to work out since she’s a nice addition that isn’t too prevalent but is there just enough to offer another bit of conflict for the main characters. In the role of an overzealous woman that’s attempting to get Greg to push her company’s product she’s bubbly, bright, and yet a little too flirtatious for her, and Greg’s, own good. She’s not a bad person in the film, she just gets a little carried away and admits it the next day. If anything she’s the woman that’s looking for someone in her life that can complete her but also wants to have fun while she’s doing it.

Going your whole life without seeing anything and then being able to see thanks to a transplant isn’t something that’s bound to be taken lightly since it’s the emergence of a sense that a lot of people take for granted, and one that can cause a serious overload if it’s not taken carefully and in measured steps. But when she starts seeing things that other people can’t see Alba’s character understandably starts to freak out since it’s simply not natural. But when she figures out why it gets even worse since the donor she received her eyes from was an unfortunate young woman that had the curse of seeing terrible things before they happened.

With the state of immigration between Mexico and the US as of now this movie is still kind of campy but entirely relevant since it has a lot to do with illegal immigrants and the efforts of those trying to keep them out any way they can. Thankfully though it focuses mostly on those that are trying to get them out in any way possible, meaning illegal, and the war it sparks off raises a hero unlike many in that he’ll gladly kill anyone that gets in his way. Machete is that hero you don’t depend on unless you really have nothing else in your back pocket and you need someone that’s not afraid to get their hands dirty.

Yes, this film is pretty much about sex and the ramifications that come with it. But if a guy was the good luck charm for women that Dane Cook is in this film there are guys that would be on line to receive this kind of treatment simply because, well, sex is sex. A lot of guys want it that don’t get it, and this kind of chance would appeal to a lot of men that want it all the time. But there would be those moments when you might actually want the person you’re getting with to hang around, which means this kind of thing might wear off in terms of its appeal after a while. After all, sex is great, but having someone there the next day, provided they’re the right one for you, is even better.

Nancy is important to this story without a doubt but it feels like it takes forever to actually get to her since Sin City is a combination of stories that have one common theme, that being the city itself. However her relationship with Hartigan is something that kind of borders on disturbing since she desperately wants to be with him despite the fact that he’s a much older man. But give her credit where it’s due, she’s tougher than she looks and she manages to stand up to a psychopath that means to slaughter her like a hog. Chances are she might have started screaming if the script would have called for her character to really get stuck, but being a damsel in distress she was saved at the last second.

Jessica Alba is a good actress, she just needs a few better roles here and there to prove it again.