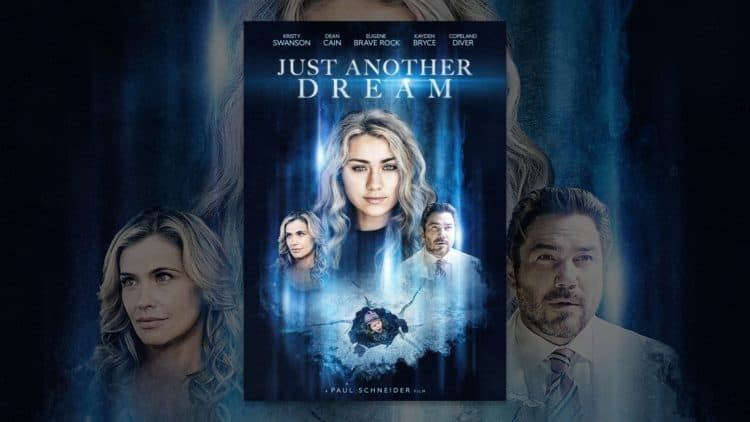 There’s not much to be said about this movie other than the fact that the budget used on the cover and to procure a couple of well-known actors must have been used up by the time it came to the special effects and other elements of a story that, sadly, didn’t even live up to its mediocre title. The idea behind Just Another Dream is something that could have been great had those in charge looked into developing the script a bit more and then, more importantly, focused on getting actors that could actually make the story believable. As it stands, the fact that Kristy Swanson and Dean Cain were a part of this movie points out that their careers have either hit a spot where they’re willing to take just about anything to keep working, or are esteemed enough that it doesn’t matter what they show up in, and that people will enjoy them no matter what. To be serious, the latter doesn’t feel like it might be as accurate as some might like. The fact that Swanson’s performance in Buffy the Vampire Slayer was miles above her role in this movie says a lot.

But getting into the story, it’s easy to think that people might forget that the main character, Anna, gains the ability to see the future after a childhood accident as the movie rolls along. Seriously, the accident becomes the least of the story as her dreams continue to foretell disaster for those around her, and the acting is enough to keep people from trying to remember. The dialogue isn’t all bad, but how it’s delivered and the fact that those that have been in the business are still seen to stumble over their lines and overact in various situations makes one wonder what happened to a few people in the business once Hollywood started running out of uses for them.

That might sound way too cynical and even a bit mean, but the truth of it is that when a movie becomes hard to watch due to the subject matter and possibly because of very graphic scenes, it’s understood since people might not want to remember such things. But when a movie is tough to watch because of the horrible acting, it becomes even more of a struggle to get through it since the idea of watching people deliver one botched line after another is…yeah, it’s terrible. The worst part for those in the acting field is that one doesn’t have to be an actor, good or bad, to understand when dialogue doesn’t work and one actor or another is doing so poorly that it’s almost embarrassing to watch. It’s even worse when it comes to watching actors that a lot of us have enjoyed for years since our expectations of what they can do will typically be shattered when they drop the ball somehow. Talking about the story is a little too simple since one can boil it down quickly and show what’s there to be seen. Anna gains the power dream of the future, which actually happens. When she tells people they think she’s crazy since no one wants to believe it’s real.

When things do happen people still don’t want to believe it, at least until there’s no shadow of a doubt that what she’s talking about does come to pass. When she eventually stops an accident that would have taken the lives of her mother and siblings, people believe her. But the movie takes it even further since her friend since his sister died in a fire that was his fault, so Anna decides to remedy this when she finds out that she’s been sent back in time, with her teenage memories. She ends up saving her friend’s sister, and things progress from there. To be fair, it’s a happy ending that might remind a person of The Butterfly Effect, but without the great acting and the ability to feel anything for the main characters. In short, this movie is something that’s best left for a day when there’s absolutely nothing to do and the viewer doesn’t mind watching horrible special effects and acting that wouldn’t be deemed acceptable in a first-year acting class.

Yes, it’s kind of mean and it’s not that forgiving, but when it comes to enlisting two great actors that have been entertaining people for decades, it’s easy to state that the expectations could have been met halfway. As a writer, it’s also frustrating when poor dialogue manages to affect a story in any way since in a modern story one would hope that speaking and acting naturally with the script would be the desire of everyone that’s working on the script. The movie had a good idea, that much is easy to say since it could have built upon the main premise in a way that would have been far more enjoyable.