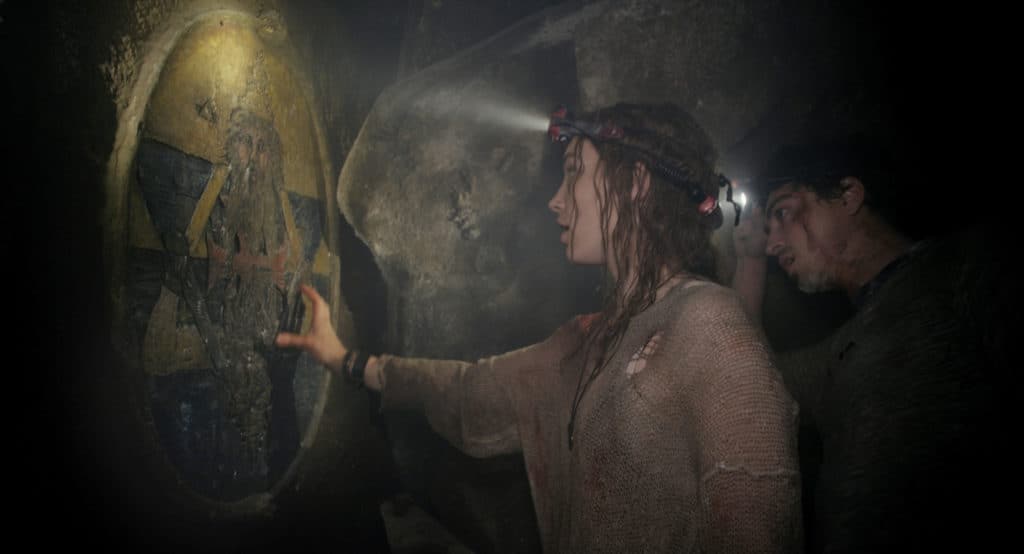 There are more than a few reckless individuals in the movies, especially since the definition might differ from person to person. But those that forge ahead without thinking about the consequences are usually those that fit this description the best since they tend to create just as many problems as they’re trying to solve. In some cases, they might even cause more of a mess and make things infinitely worse due to the fact that they’re not the type to slow down when it comes to discovering what they want and the best way they can get it. Some of these individuals could be counted as less than intelligent in their approach, but a few of them are at least trying to discover or do something that might be beneficial. The only problem with being reckless is the lack of forethought that goes into what could happen, and what usually does.  Here are ten of the most reckless characters in the movies.

10. Scarlett Marlowe – As Above, So Below

One big issue with seeking a ‘truth’ and seeking out a fabled item at the same time is that the truth is bound to find you in some crazy and sometimes detrimental manner. Scarlett is a little too intrepid when traipsing around on sacred grounds that have been protected for so long, especially when it comes to the safety of those that are with her.

9. Margot – Paranormal Activity 7: Next of Kin

Despite just coming out, this latest addition to the Paranormal Activity franchise is enough to make a person shake their head since it’s enough to wonder when we’ll get horror movies that show people actually being intelligent for once. If you’re on a farm in the middle of nowhere with people pretending to be Amish and see and hear strange things, just run. To hell with the idea of meeting your kin, just run.

Bartelby at least had a good reason for doing what he did, after a while at least, since he found a lot of college kids like himself that just wanted a place to go to school and be comfortable. The only problem is that there does need to be some structure to school, otherwise everything does tend to fall apart after a while.

There’s no doubt that Riggs is reckless since in the first movie it’s established that he’s at least somewhat suicidal since he’s still broken over the death of his wife, which is hard to argue with. But by the third movie one might have thought he would calm down. That’s when you get to look at a person and ask if they’re new here.

Even someone as powerful as Thor can get a little too cocky and reckless at times, which isn’t hard to see since being stuck on Jotunheim and surrounded by ice giants should give anyone pause, especially when they’re outnumbered. Thor was ready to take them all on, however, as he made it abundantly clear.

There are people out there that actually like Walter somehow, but the fact is that the guy is without a doubt the one person in this movie that should have been made to pay some sort of price for his behavior. Yet, after all is said and done he’s one of the few people that are left standing, but one could attribute it to his self-confidence.

Evan can’t really be blamed for wanting to know what went on during his blackouts. But after trying to rework things and finding that they’re only bound to get worse, one can’t help but think that he should have stopped before he had to kick the people he loved out of his life for good. Sometimes revisiting the past isn’t worth the future it causes.

There are more people who would be willing to forgive Dom for being so reckless since they know that his efforts are bound to get results. The only problem with this is that Dom’s results still don’t bode well for a lot of other people. But they’re not family, so no big deal, right?

Considering the fact that things usually tend to work out in the long term for Connor and Murphy it’s easy to think that their reckless ways aren’t all that bad until it comes to realizing that they can only go so far without a solid plan. As long as that plan involves a rope, however, it stands a chance of working.

Chev is the kind of guy that just does things and then deals with whatever happens as a result of that. As you can see in the clip he’s kind of a rough and tumble character that isn’t afraid to go up against greater odds. Of course, in this case, Chev is forced to do everything he can to keep his heart beating, literally.

Being reckless can be great in the short term but it does catch up with a person eventually.