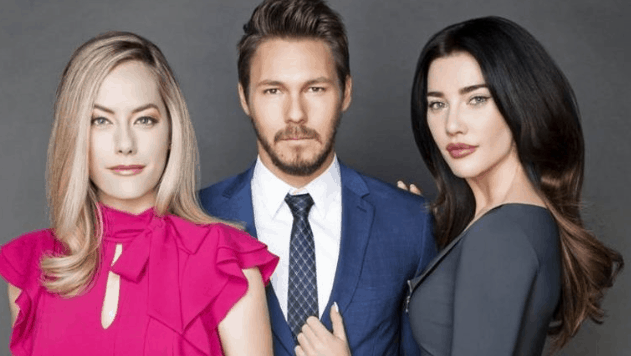 The Bold and the Beautiful fans are not always pleased when a new actress comes onto the set. Sometimes, they just don’t seem as wonderful, exciting, or good at what they do as the ones who came in before. You see, sometimes someone comes in to take over a role that someone else had before, and we cannot get on board with it. But sometimes, a new actress comes in and we love her no matter what she did. It’s a matter of preference, and it’s a matter of whatever. But, we love some more than we love others, and this is no different than anything else in life. For now, though, we thought we’d bring you some of our most favorite actresses of all time. They’re the best, the brightest, and the ones we love to see the most.

She is the longest running actress on the show. No other woman has been around since the day the show came to life, and only John McCook has been around as long in the men department. It’s been a very exciting time in their lives, and we cannot wait to see them all take their lives and continue to bring this show and these characters to life. She’s been Brooke since day one, and no one else could be her. She is Brooke, and it’s impossible for us to imagine another actress taking on the role of Brooke and running with it the same way she’s managed to do over the past few years. She’s amazing. She’s good at what she does, and she makes us believe she is the role, and that she is able to get her situation to work for her. She’s done horrible things, and yet we all love her in every manner of speaking. That’s talent, right there.

It’s so impossible for us to believe she was ever anywhere else before she was here, but she was. She was the main role in Young and the Restless back in the day when she was Victoria Newman, and she did a stellar job in that role. It was hard for us to see her leave, but she did. She made the decision to take off and to be someone else on another show. If we are being totally honest, we didn’t think she could take us from one show to the other without convincing us she was one or the other, but she did just that. And she did a stellar job of it. She was spectacular, amazing, and beautiful in the role she played. But, she came to LA and she took over the role she has now, and she killed it. We cannot imagine anyone else being her, and that’s a thing we love a lot. She took over, she blew us away, and we cannot ask for more than that one here. She’s got the skill and the talent to make us all believe she is this character, and we love that about her.

She is the woman who rules the world in terms of what she’s bringing to the table, and she’s got this show in her back pocket, if you ask us. She’s been here long enough to make us aware of her talent and her skill, and she’s been here long enough for us to see that she has the skill and the excitement that she needs to keep us excited. She’s got so much going for her, but she also came into this show not being the main character. She was a twin. The set of twins playing her own character and Phoebe were amazing, but one left. And she was so good people no longer cared about Phoebe and she was killed off. It cannot be easy to take over an established role and be so good at it that you get the originally kicked off the show and take over on your own. That’s a real thing, and we cannot believe that she made that happen. No, we can believe that. She’s got the presence and the amazing-ness to make that happen in her life. It’s good stuff, and we love it in every manner of speaking.