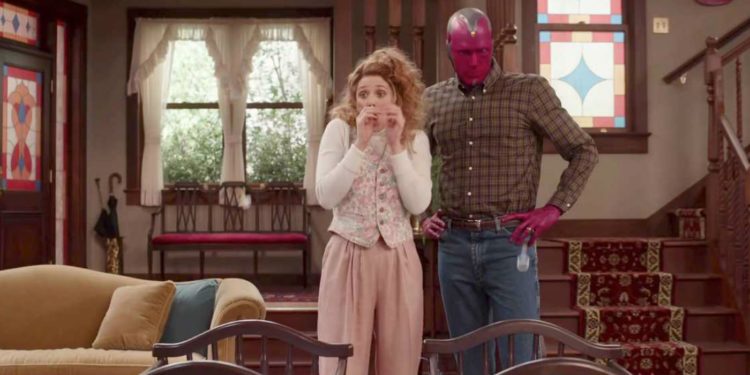 The link between WandaVision and Full House isn’t exactly a ‘blink and you’ll miss it’ Easter egg since many fans picked up on it very quickly and were very appreciative. As the show has progressed it’s definitely been moving quickly from the 50s to the current 80s motif it was given in the most recent episode, as the Family Ties feel was about as strong as it could be. It’s kind of amazing though that anyone could have gone this long without realizing that Elizabeth Olsen was the sister of Mary-Kate and Ashley Olsen, but perhaps that’s a part of having grown up when Full House first aired and being able to witness when it went off the air the first time. Those of us that were there for both remember the show quite well and weren’t too surprised by the scene in which Vision and Wanda are sitting on a wide expanse of lawn with their twins for a picnic. Even better would have been to note that Vision acts as though he’s about to eat and then tosses the food behind him when the kids aren’t watching. If anyone remembers the gum incident from one of the earlier episodes then they’ll get why Vision is doing this, as food or consumables of any type don’t work well with his system and tend to make him a bit loopy.

It sounds as though Elizabeth Olsen was pretty candid about the link that would be shown, but was adamant that her sisters wouldn’t be showing up on the program. What was a surprise to some since not everyone heard the Evan Peters rumor, was the appearance of Pietro, aka Quicksilver, and his subsequent recasting. Even Darcy noticed this as she mentioned that Wanda ‘recast’ him, which meant that Peters had replaced Aaron-Taylor Johnson, who played Pietro in Avengers: Age of Ultron. A lot of people already feel that this is a sign that the MCU might be bringing in our favorite mutants and might even be starting to lean into the idea that Wanda has always been a mutant as well, and perhaps her and Pietro’s powers were augmented by the Infinity stone that they were subjected to. It would be an interesting theory to say the least since it would likely get a lot of people excited and a few hot under the collar simply because, well, that’s kind of how things go. Some people are psyched to see the X-Men and any other possible mutants in the MCU, while others might want to wait and see what will happen. But with Peters taking on this role for a short time at least it feels as though something of significance is going to happen, especially given that the rumor of the X-Men coming to the MCU is still circulating, even if it’s been stated that such a thing shouldn’t be expected for a while to come.

The small link between WandaVision and Full House is a small one, but to a lot of people, it was something that just had to be noticed since Easter eggs are a huge thing in MCU movies that a lot of people devote a great deal of time to find, and the filmmakers devote a great deal of time towards creating. Great as this is and as much fun as people have when finding them, one has to wonder just how much can be inserted until it becomes a bit too much and might actually detract from the overall experience. So far that limit hasn’t been reached since many people are still happy enough to take note of and attempt to find the significance behind each Easter egg, but as people might have already noticed, many are still talking about the Easter eggs well after they’ve been found and are coming up with theories about the movies that are kind of a moot point since the movies have been over and done with for a while now. Hey, everyone has to have a hobby, but there are times when it’s enough to make a person shake their head since the small factoids become more important than the actual story. This has definitely been a moment that makes it easier to say ‘to each their own’ since otherwise, it becomes a pointless argument over what would amount to very little to some and everything to others.

It was kind of touching to see how the moment from Full House was added in, but it does feel as though moving forward that the sitcom feel is going to change in a big way as Wanda continues to feel her control over the world she’s creating slip just a bit, especially since Vision is slowly figuring out that something disturbing is going on. We’ll have to keep watching to see how things will go. 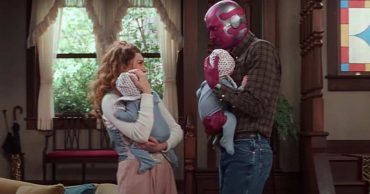 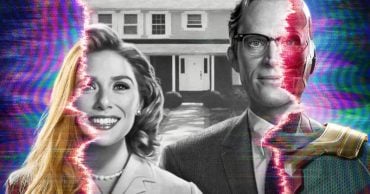 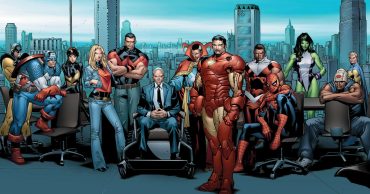 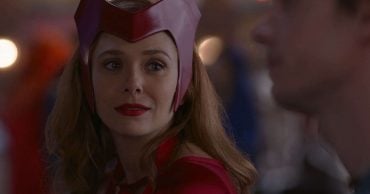 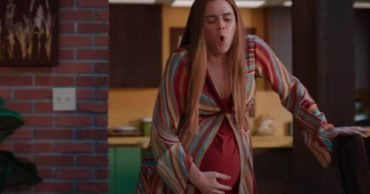