Home
Television
WandaVision
How Do You Feel About This New WandaVision Theory? 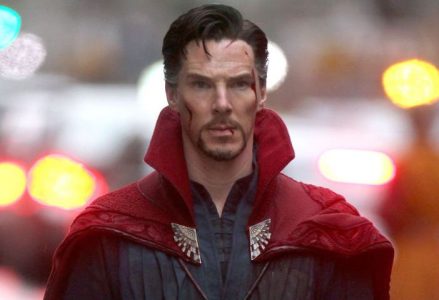 Hearing a theory like that which Ryan Scott of MovieWeb has put forth is enough to make some people roll their eyes and others listen closely and try to connect the dots to make it work. It’s pretty simple really since despite losing its initial director the Doctor Strange 2 movie is still, as it’s been indicated, holding onto the original story and will be making the character of Nightmare the main antagonist. It’s been stated that the character will be gender-swapped (go on and roll your eyes, I did), and will be the dominant bad guy much as Dormammu was in the first movie, but presumably with more screen time. The theory that’s been revealed is that since Wanda will be showing up in WandaVision and Doctor Strange 2 that there will be a connection between them and as a result it will set up the movie to be a cause of what was seen of WandaVision during the Superbowl, which appeared to be something that wasn’t entirely real and could easily be a figment of imagination that created an idealized life for Wanda and Vision, who is still very dead in the MCU, that fans might take with a big grain of salt. But the connection is kind of devious, even for Marvel, as it’s implied that WandaVision is just a big trick that’s being played on Wanda by Nightmare.

Nightmare is a rather old and powerful villain in the story of Doctor Strange as he’s the ruler of the Dream Dimension and is known to be quite malevolent. It’s not certain just what he, or she in this case, might have against Wanda, but it’s easy to think that Nightmare might be up to no good when it comes to messing around with one of the most powerful Avengers in an attempt to do, something, that we can’t quite put our finger on yet. The one thing that is known is that when Wanda is angered she’s an engine of destruction that’s hard to stop since even getting close to her is next to impossible without suffering some sort of consequence, as Thanos found out in Endgame. In fact if anyone’s keeping count she’s been one of the most dominant forces in the last couple of Avengers movies since unlike many of the others the force she wields isn’t dependent upon anything but her energy levels, which can flag after a while it’s been seen, but are still great enough to let her wreak some true havoc when she has the desire or the need. This is after all a person that managed to destroy an Infinity Stone, one of the six stones in the Marvel universe that can allow the bearer to manipulate one aspect of reality.

To think what she might do if Doctor Strange 2 is linked to WandaVision and is set to pit her against Nightmare for any reason is hard to figure, though it’s been seen in the comics that Strange has taken on Nightmare and come out victorious before. So think of an enraged Wanda and a calm and collected Doctor Strange and then try to calculate the odds that any villain is going to be able to stand against them for long. With the magic and the energy manipulation that the two of them can bring to bear in so many ways it’s easy to think that any antagonist is going to need something else besides raw power and a devious mind to beat them both, but as we’ve seen in the MCU at this point the villains are anything but pushovers and there’s a good chance that Nightmare, when played by a woman, might be given a very different attitude than has been seen in the comics, and things could go from predictable to unexpected in a big hurry. Wanda and Doctor Strange are two of the most powerful beings in the Marvel universe, but they’re not infallible since they have weaknesses to exploit, and many enemies have done just that over the years since they’ve suffered losses now and again. But all the same the movie is going to be one that a lot of people are going to be lining up for since not only is it featuring two of the best characters in the MCU, it’s also being hailed as Marvel’s first horror movie. Again that’s kind of hard to say with a straight face since so many people are still forgetting about Blade, even though he wasn’t technically in the MCU, which didn’t exist back in the 90s.

If the theory that Ryan Scott put up holds any water it could be enough to make the upcoming Disney+ show and the movie even better since it would indicate that Wanda is about to become severely pissed off at the reminder of her loss, and Nightmare might need to become one of the most psychotic villains yet just to stand a chance against her and Doctor Strange.