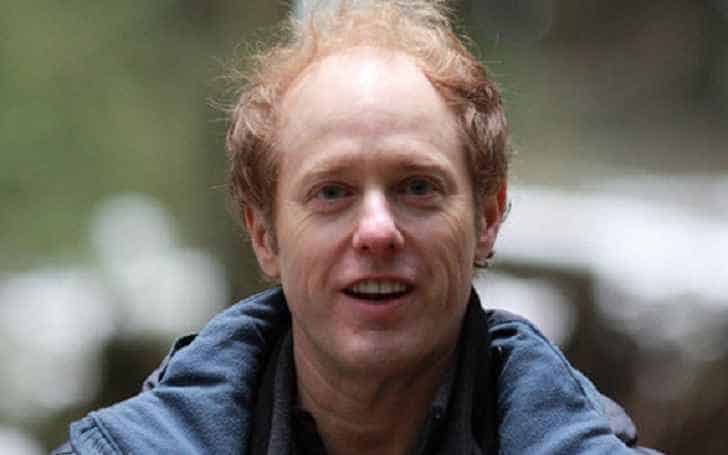 Raphael Sbarge is one of many actors that might make an eyebrow raise when his list of credits are taken into account since he does have a face that many might think that they’ve seen somewhere, but once a person realizes that he’s been seen in A LOT of different places they might recall that he’s a rather versatile individual. Losing track of him might be kind of easy until a person comes to understand that Raphael has been a guest star on a long list of TV shows, movies, and has a very strong stage presence as well. He’s also taken on several voice roles for video games no less, which makes him one of the more gifted individuals that have ever made their way into the business. And yet, he’s not that well-known, is he? It could be that he’s one of those that’s on set but still somehow just far enough back that people don’t always take note of him, or because he’s constantly starring among those that have a much larger presence and overshadow him, or it could be that he plays a lot of bit parts and only a handful of really prominent roles. In other words, there are a lot of times when Raphael becomes a part of the landscape where he still excels but is harder to notice. Thankfully that takes nothing away from his performance since this is where he appears to do his best, when he’s simply there but isn’t the big deal at that particular moment.

He does have a strong enough presence to take on a character that’s pertinent to whatever story he’s contributing to most times since he did show up as Dr. Archibald Hopper in Once Upon A Time, and was also the voice of Hopper’s fairy tale counterpart, Jiminy Cricket. So saying that he’s best when he’s seen but not focused on isn’t an attempt to insult his character, it’s an acknowledgment that this is where he’s typically seen and the type of role that he’s made work over the years. As I usually say, the background of any movie or TV show is insanely important since, without the setting, the extras, and the supporting cast to fall back on, plenty of stars might not have enough acting ability in the tank to really make their parts shine. Raphael is one of the many individuals that can bolster the role of another and/or shine in his own particular way to enhance the story. The fact that many people don’t know his name isn’t too bad since it’s likely that a lot of people know him by sight. This is pretty common of a lot of actors in Hollywood since like it or not, the big-name actors take up a lot of room in the old memory banks sometimes and tend to echo loud enough that actors such as Raphael are remembered for having stood next to those same individuals from time to time.

There are times when it doesn’t sound particularly fair that actors such as Raphael do so much work and don’t get recognized for it as others do, but considering that he and so many others push forward without making a huge stink about awards it’s likely that he enjoys what he’s doing and that’s reward enough. If that’s how it goes then it’s something to appreciate in and of itself since to be realistic, loving what you do, and getting paid for it is something that many people would want if they can’t get recognition all the time. There are plenty of people out there that don’t need the constant accolades that are a huge farce these days and a pat on the back of something that actors tend to do on a regular basis. One could possibly reason that Raphael is happy where he’s at since looking at his list of credits it’s a little bit obvious that he does like what he’s doing, or he’s simply been wading through his career for years practicing some type of self-torture that makes no sense. It’s easier to think that he’s where he wants to be and he’s been pursuing one role after another since he enjoys his career and is up for just about anything so long as it’s something he wants to do. That kind of attitude towards work is what makes it less like work and more of a pleasure, even if there are those days when it becomes kind of a daily drag.

On the bright side, doing something that one cares about is, at the end of the day, a lot more satisfying than making your way to a job that feels as though it’s sucking the life-force out of you with each passing moment. It’s likely that Raphael enjoys his work, and if so then more power to him.