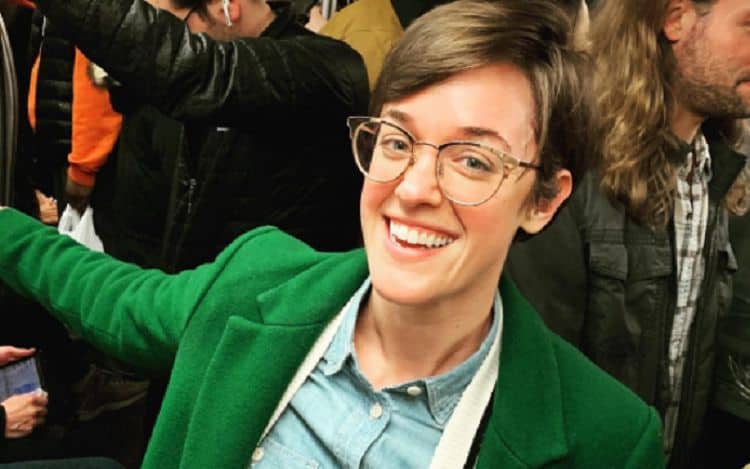 Lauren Morelli is a lot of things, but a new mom is definitely the most important thing in her life. She and her wife, Samira Wiley, recently welcomed their first baby, and the world is so excited for them to introduce their new baby to the world – should they choose to do that. Morelli is a producer and a director, a screenwriter, and she’s married to Orange is the New Black star Samira Wiley. With the recent birth of their new baby, the world is looking to learn as much as they can about this woman.

1. She Was Married Before

Before she married her current wife, she was married to a man by the name of Stephen Basilone. They wed in 2012, they divorced in 2014, and she came out as a lesbian not too long after their marriage ended. She and her wife made their engagement announcement in 2016, and they were married in 2017.

She was born in the early 80s, which means she got to grow up in the best decades. Her date of birth is officially July 22, 1982, which means she’s going to celebrate her 39th birthday in 2021. We hope she has a great celebration with her wife and their new baby doing all the things that are sweet and family-oriented.

She grew up in a little place called McCandless, Pennsylvania. It’s a suburb of Pittsburgh, though, so she did not grow up in a small town by any means. She might have had a bit of a small-town feel growing up in a place like that, but she was close enough to the city that she had every opportunity afforded to growing up.

Throughout her entire life, she was a dancer. She studied dance. She wanted to dance professionally. She attended the Winchester Thurston School before studying dance at Marymount Manhattan College. Sadly, she injured her back severely enough that it ended her career as a dancer. She was unhappy, she was in a dark place, and she mourned the loss of her dreams for a long time.

5. She Found Writing Through Inspiration

While she was fresh off the realization that she’d never dance professionally again, she was in college wondering what she might do with her life. That is when one of her professors inspired her to go into writing. She started with short stories and even a blog, and that is when she was given a chance to write for OITNB – the place she met her wife and really began her own life.

Their new baby is a month old at this point. Her wife wished her a happy first mother’s day on mother’s day, and she said that her wife gave birth to a beautiful baby girl on April 11, 2021. Her labor was apparently a difficult one. Wiley said Morelli was in labor for three days with their daughter before she was born.

7. She Kept Her Pregnancy a Secret

What is amazing about her and her wife is that they were able to keep their entire pregnancy a secret. No one knew that Morelli was pregnant until she announced her baby was born nearly a month after the birth of the baby. We imagine that being COVID locked down allowed them to keep this secret a lot easier than they’d have been able to keep it otherwise.

8. She Has a Lovely Reputation

In an industry where so many people have a reputation that’s less than flattering, Morelli is not one of those women. She has a lovely reputation for being a lovely person. Her coworkers love her. Her friends love her. Everyone loves her. She’s someone who has a great personality, and it shows when others speak so highly of her.

Ask her where her favorite place in the world is, and she’s going to point to her bed and ask for a stack of books. She loves to read, and that’s something we relate to very much. There is nothing better than getting lost in a wonderful story that brings you to a new place in the world.

She was in her 30s. She was recently married to a man, and she was instantly attracted to Samira Wiley and working on a set that she calls ‘the gayest place I’ve ever been to,’ while also talking about sexuality every single day in a positive light. She was not sure about it, and that’s when she realized she just knew who she was.