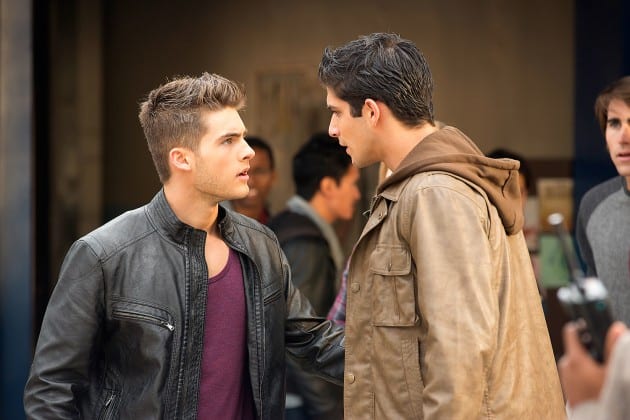 This week’s episode of Teen Wolf was well used towards getting us ready for the summer finale next week while also featuring one of the most – if not the most – heartbreaking scenes in the entire series as Theo succeeded with one of his evil plans.

The moment that I have been waiting for finally arrived this week as Parrish was informed about his mysterious behavior with all the deceased Chimera bodies. I loved the scene when Lydia said to Stiles what we were all thinking: it’s always better when they know. I have to say that someone as smart as Stiles should have come to that realization sooner and on his own rather than trying to find ways to avoid telling Parrish on what he has been up.

While I may not be the most interested person in the Hayden/Liam relationship – not that I hate it or anything – I have to say that those two were too adorable throughout the episode, up until Hayden started bleeding that silver-y thing. I know it has only been seven-plus episodes, but even at this point, it’s nerve-wrecking having to think whether she will die or not because it feels like every single week, we have been seeing Hayden being insanely close to dying. And after the ending we got this week, she may not be sticking around for long, although I could be wrong for a fourth time next week since she seems to escape death a lot.

Let’s talk about the bastard that is Theo and the irritation that is Sheriff Stilinksi, and even Scott to a certain degree as well. As you may have noticed, Theo is one bad cookie who wants to split the Pack up. He has definitely seemed to have it in for breaking Stiles and Scott up, as we saw in the first few weeks when Stiles didn’t believe Theo was the person he claimed to be. This week, Theo goes through with making Stiles look like the bad guy as he reveals to Scott what Stiles did to Donovan the night he attacked Stiles in the library, but twisting it. First of all, it’s not Theo’s move in this episode that makes me insanely irritated with him; it’s the fact that we STILL don’t know any of his motives.

During Scott and Stiles’ argument, we do hear a pretty good point from Stiles about the limitations that he has as just a human who doesn’t have supernatural powers like Scott, Lydia, and the rest of them. So when it comes to those tough moments, in order to protect himself and potentially loved ones, he may not have a choice, and in this case, Donovan’s death was an accident and more of self-defense. But thanks to Theo, who I can’t believe Scott would trust over Stiles, he won’t believe Stiles at all. It’s definitely one of the best scenes that those two characters have shared, and it was easily one of Dylan O’Brien’s best moments ever, as he really showed how much Stiles has evolved. As much as I hate seeing the two of them fight, I weirdly like this conflict because Stiles does bring up so many good points that it’s impossible to always find a way where you don’t have to get your hands dirty when saving the world filled with all these supernatural beings.

Overall, this was a good penultimate episode before the summer finale and the final scene definitely shows that it’s going to be a tough one next week for our heroes as Scott denies Liam’s request of having him bite Hayden in order to save her. Plus, who knows what these messed up Dread Doctors are going to pull next, after killing poor Corey and Beth.