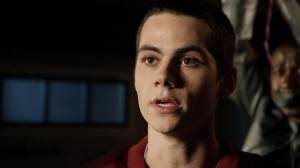 Okay, those last 20 minutes of Teen Wolf were so epic that I don’t even know where to begin.

The finale brought all the storylines to a head, even the seemingly “hanging chads” that were littered throughout the season had some significance in the final hour. Who would have thought that the scene in “Venomous” between Lydia and Jackson involving a key would in fact be the “key” to Jackson’s salvation at the end of the year? It’s little things like that which make Teen Wolf deserving of a spot among top supernatural teen dramas like Buffy, Roswell, Smallville, and The Vampire Diaries, because they are all kindred when it comes to the tropes of the genre that Teen Wolf executes greatly. It’s time for Teen Wolf to be respected for being the kick ass show that it is, meaning that the love for the show needs to reach TVD levels and not just whispers among a few critics and fans.

Now enough gloating, let’s breakdown tonight’s events and what is yet to come.

While I had pegged Gerard as a vindictive, cold-hearted person in search for revenge, I didn’t expect him to want to become the thing he hated the most in order to save his life. To add to his deranged factor, he was willing to kill his own family to achieve his power, which is just beyond frakked up. While Gerard’s method behind his madness is not entirely original, it still fit within the grand scheme of things and conveyed just how twisted and freakish he could be when pushed. Personally, it would have been great to see Gerard get taken out in blaze of “glory,” but I’m still interested to see just how he is faring now that his plan backfired big time.

Speaking of which, nice switcheroo by Scott and Dr. Deaton to fill the guy up with mountain ash, but how the hell did Scott know Gerard was seeking to be a werewolf? Now that is something I wouldn’t mind having explained. Among other things.

One of the best moments of the night was seeing Jackson get his (proper) fangs and surviving the death knoll called by so many rumors across the net. Even though I didn’t (and in some respects, still don’t) care about the snobby guy, Jackson became an unwilling pawn in Matt’s, and later Gerard’s, evil plans which were no fault of his own. I’m very interested to see how Jackson will deal with the events that transpired this year and how he inadvertently had a hand in several people’s deaths.

Also, while I’m all glad that Lydia’s love was the “key” to saving Jackson’s soul, I was so hoping for her to finally hook up with Stiles, because he has pretty much been her hero all season. Seeing him lose her twice tonight was enough for this blogger to shed a tear or two for Teen Wolf‘s number one sidekick. Okay, not really, but close.

With all that said, I was also hoping to see Jackson turn into the Kanima with wings, which would have completely made may entire summer. Can we get that next season Teen Wolf writers?

Scott is Back at Square One, But Still Kicking Ass

While no one really died tonight, one particular thing actually did meet its end (at least for now): 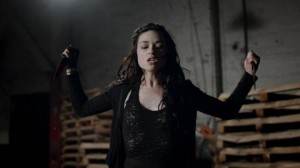 Scott and Allison’s relationship. With the deaths of her aunt and mother; finding out her boyfriend is werewolf; and being brainwashed by her grandfather, who was willing to end her life without a second thought, Allison pretty much deserves a break of sorts to just deal, and deal in a proper way might I add. The exchange between Scott and Allison at the end of the episode was a welcome reunion that fans have waited for since “Raving,” where things started to get even weirder for the two before Gerard came and wrecked shop.

Thankfully, Scott has enough faith to know that they will be together again, and if he has that much confidence in that happening, then that’s one worry I can scratch off my list until next year.

Also, Scott lost his place on the team due to his grades, which sucks royally. We need to see more lacrosse/werewolf action and Issac can’t hold all that greatness by himself.

With that little recap of the night’s events, here are the cliffhangers that will leave fans talking till next year.

The appearance of the Alpha Pack reminded me of The Secret Circle’s ending with John Blackwell’s coven coming to town. At least next year we will get to see what this pack of Alphas will bring to Teen Wolf next year, a bright side that will not be happening with TSC and Blackwell’s coven. However, I hope those Alphas don’t kill (or **shudder** eat) Erica and Boyd, because they’re practically harmless now.

Like Peter Hale said, Gerard couldn’t have gotten that far. Is he dying faster now that his mountain ash tainted body rejected the bite? Plus, what other tricks could he have up his sleeve? Will the Alpha Pack finish him off?

I need answers on this mystery and I need them like yesterday! What is Dr. Deaton allegedly retired from? Is  Ms. Morrell his daughter? Why are they tracking Gerard? God, this mystery better be answered by episode five of next year…

Is This The End for Scott and Allison?

As I stated above, Scott and Allison’s relationship is about 75% of the backbone of this show. Keeping them apart, for too long at least, would be blasphemous and might induce a riot among the female population (and one male member) of the Teen Wolf fandom.

So what did you think about Teen Wolf Season Two as a whole? Do I even have to ask if you are dying for 2013 to come? Where do you think the show will go next year? Sound off below!