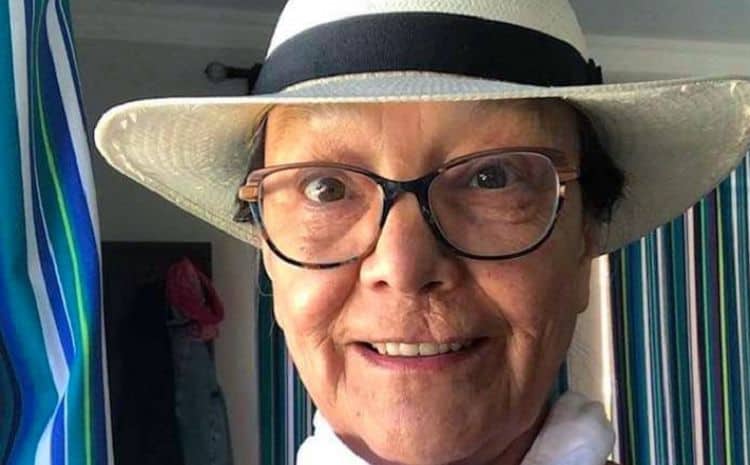 Tantoo Cardinal is a Canadian television and film actress who is best known for her role in the hit Kevin Costner film “Dances with Wolves.” It’s been a long time since the airing of the film, but she went on to appear in several other films and television shows. For those of you who are wondering where she went and what’s going on in her life now, here are 10 things you didn’t know about Tantoo Cardinal.

1. Tantoo is a veteran actress with multiple credits to her name

Cardinal appeared in many different film and television roles throughout her long career in acting. She appeared in “Spirit Bay,” “Black Robe,” “Smoke Signals,” and she also appeared alongside Brad Pitt and Anthony Hopkins in the film “Legends of the Fall.” Other films to her credit include “North of 60,” and “Hold the Dark.” She appeared with Gordon Tootoosis in the CBC mini-series “By Way of the Stars.”

2. Tantoo has had a major impact upon Canadian performing arts

Tantoo Cardinal was born in Fort McMurray, Alberta, Canada on July 20,1950. She is 69 years of age as of 2019. Her mother is Julia Cardinal who is of Metis descent, and she passed this ancestral heritage down to her daughter Tantoo.

Ms. Cardinal joined with other actors and activists who were against the extension of the Keystone Pipeline. On August 23, 2011, Cardinal, along with actress Margot Kider and several other protesters were arrested for their activities which were deemed to be unlawful at the time. One thing we can say about Tantoo is that she stands up for what she believes in and she doesn’t easily back down, even when the stakes are high.

Tantoo is known for her film and television performances, but she is no stranger to the stage either. In 2012, she joined the all aboriginal cast of a production of William Shakespeare’s “King Lear.” She was cast in the role of Regan, in the show that was held at the National Arts Centre in Ottowa.

6. She’s received accolades for her performance

Tantoo has had a very rich career as an actress, and she’s covered the gamut of stage acting, film, and television. In addition to being a veteran actress who is well-respected for her skills and talent, she’s also contributed to the betterment of others who are inspired by her life, accomplishments and ongoing encouragement. Tantoo received a high honor from the Academy of Canadian Cinema and Television in 2017. She was announced as the winner of their Earle Grey Award for lifetime achievement. This is no small honor, and it was very much a distinction which was deserved.

Tantoo recently appeared in “The Grizzlies,” which is a 2018 film production. She played the role of a high-school principal who doubts the abilities of a first time teacher to handle the assignment. The setting takes place in the Kugluktuk community which is a northwestern Nunaut village. She’s come a long way since the days when she appeared as Graham Greene’s wife in “Dances with Wolves.” She’s matured into parts calling for older and more experienced actors and she’s matured wonderfully, still beautiful as ever.

8. She cares about the environment

In an interview, Tantoo Cardinal was asked what kind of car she drives. While this might seem like a trivial question to some, the answer can actually tell you a lot about the owner, and especially about their feelings about the environment. The interviewer was dead on and it opened up a whole new conversation. Tantoo drives a Prius. She explained that the Toyota Prius is not only fuel efficient, but it’s made to be more eco-friendly by design. This gave Ms. Cardinal the opportunity to say that Mother earth continually gives, and gives, and gives more, so it’s up to us to try to reduce thte burden that we place on her. This was a thoughtful and inspiring sentiment that makes you think twice about the use of resources when it’s viewed in that light.

Ms. Cardinal has been married two times, and she had a child with each husband. She was married to Fred Martin in 1968, and the marriage endured through 1976, when the couple could not reconcile their differences. They divorced. She met and married John Lawlor in 1988, and the marriage lasted 12 years, but they divorced in 2000. Tantoo has three children.

10. She’s one of the most famous aboriginal actresses in Canada

Tantoo Cardinal is well known in her home country of Canada. She has been honored with multiple distinctions for her outstanding performances as well as her activism to promote the performing arts and protect the environment from further damage. She appeared in “Loyalties” and received a Best Actress Award at International Film Festivals in Portugal and Zimbabwe, as well as a People’s Choice Award at the Toronto Film Festival, an American Indian Film Festival Best Actress Award and a Genie Nomination.She also received an ACTRA Award of Excellence in 2015, First Americans in the Arts Totem Award, teh first Rudy Martin Award for Outstanding Achievement by a Native American in Film, a Leo Award for her work in “Blackstone,” and an Elizabeth Sterling Award in Theatre for “All My Relations.”Finally, she also received a Gemini Award for “North of 60.”