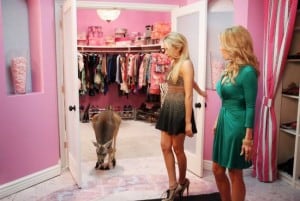 Sheila and the rest of the Chatswin Mom Militia are worried about Noah raising Opus in a hotel. The dentist moved into the 5-star location following the divorce from Jill and the end of his infatuation with Carmen and they’ve been living the high life since then: $50 oatmeal, bath butlers, tuck-in service. The moms feel that a child is best raised in a three-bedroom home with a white picket fence and window boxes, but when they go to confront George about what his friend is doing, he makes them leave

George goes to visit Noah in the hotel where he’s informed of the cash flow problems his friend has, as Jill and her attorney have made the divorce proceedings very hard for him; when Noah is kicked out of the hotel for romancing the staff and turning them against one another, George makes him an offer that he doesn’t refuse. Noah will be able to stay with him until he gets on his feet, but once Werner arrives at the Altman residence, he very quickly deems it to not be up to his usual standards. He makes George buy two sets of new sheets and rather than cleaning up any of his messes himself, he tries calling a trash service. After George has a talk with Dallas where she implies that he’s enabling Noah rather than helping him, he kicks Noah out of the house, hoping to get him self-sufficient in a quicker manner by forcing his hand.

Noah then cleans up the mess he left in the living room and plants a playhouse in the Altman backyard. He found a sublet, complete with its own washer and dryer, that will be ready in a week, but he’ll be staying outside until then, as Opus loves the playhouse.

Fred Bieber
Tessa spies Fred Shay outside her window one night and when she lets him in, he begs her for help. Since he’s only bringing home half as much money as he used to, Sheila wants him to get back onto the sales team at work, but he’s happier being a junior secretary. The sales manager that he has to impress is said to find anyone over the age of 30 to be dead weight, having fired one of his top performers for not knowing who Katie Holmes was. As a result and to help impress his wife, Fred needs to up his pop culture IQ and come off younger than he is and he’s tasked Tessa withhelping him land the job.

He makes a very quick transition from middle aged salesman to Justin Bieber wannabe, thanks to a colorful wardrobe, ear piercings, and wheelies, even dropping Gangnam Style references and a new nickname for viral videos. Although Tessa’s horrified at the transformation, she gives him a few last tips and sends him on his way to the interview. Once there, Fred tries to cram in as many pop culture references as he could and talks of his social media prowess, which impresses his boss, who decides to follow him on Twitter to see if he would be a good addition to the new social media initiative. However, things don’t go so well; Fred fell down the stairs thanks to his wheelies and injured his would-be boss, losing his potential job, his actual job, and part of his earlobe in the process.

For her part, Sheila isn’t mad about Fred ending up jobless. In fact, she’s kind of happy, as it gives her a chance to get out into the working world, a world she’s been dying to experience for quite some time. Sheila Shay is a lioness and nothing gives her more joy than bringing home a gazelle to her mate, while Fred has never been happier to focus on cooking, the kids, and a more relaxed life away from corporate America.

Hoarders: Chatswin
Dalia Royce is a hoarder. Her closet is nearly exploding from being jam packed with a department store worth of items, while any potential storage space she could use (under her bed, her trunk) is filled with purses and stuffed animals. Dallas threatens that if Dalia doesn’t streamline her room a bit, she’s going to do it for her. unfortunately, that means that Dalia’s toy yellow Lambo and two toddler helicopters are up on the chopping block, even with Dalia making a point to use the car in front of her mother.

Ultimately, though, Dalia relents and gets rid of quite a bit of things in her room. Beneath the pile of purses and pumps was Penuche, the kangaroo she got last season; he survived his time in her closet by eating 15 pairs of espadrilles, which no one on Earth should have.

Additional thoughts and observations:
-Don’t forget: next week, Suburgatory moves to 8:30, where it’ll air through April 17th. In its place, ABC will premiere How to Live with Your Parents (For the Rest of Your Life).
-“It takes a village, George, and we’re the Village People.”
-“There’s never any sex in any of my stories.”
-“Teach me your urban ways.”
-Sheila Shay has a fancy tea kettle in her purse for important Chatswin Mom meetings, it seems. Don’t we all, though?
-When the Christina Aguilera joke was made, I couldn’t help but cringe, but the way they qualified it was pretty funny and very Suburgatory. For what it’s worth, she looked really nice at the premiere party for the fourth season of The Voice.
-Dalia’s demon voice – amazing.
-Dallas tries to give Dalia some perspective by putting a picture of Fatmire, a 14-year-old Albanian orphan, up in her bedroom, but all she can think is that it looked like Alan Rickman.
-Opus was drinking and driving in Dalia’s yellow Lambo, but don’t worry – it was nonalcoholic. He just likes to feel like a big boy.
-For those curious, the brown trembler is a bird found in the Lesser Antilles. Here’s a photo.
-Next week on Suburgatory: George becomes obsessed with his body image after agreeing to pose for a “Dads of Chatswin” calendar, while Dalia buddies up to Tessa, leaving Lisa to figure out why. 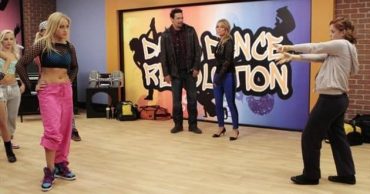 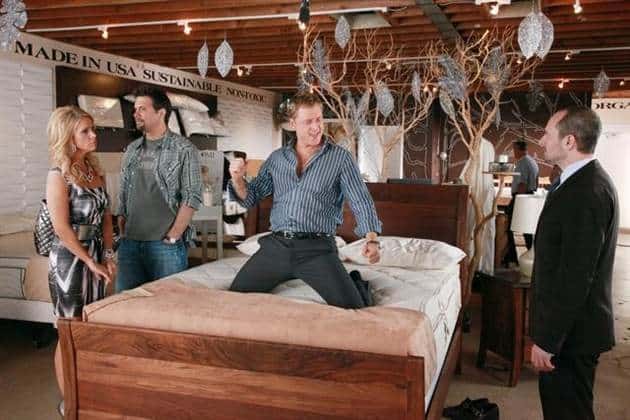 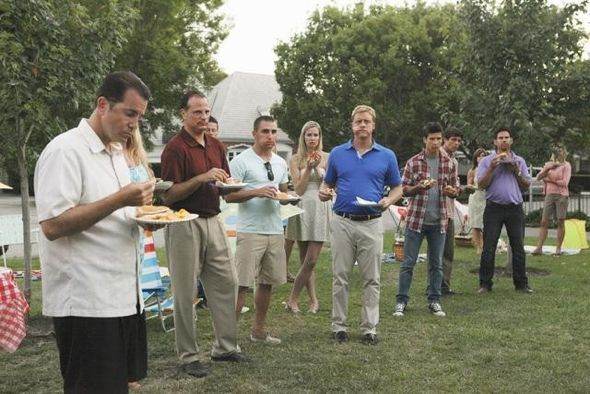 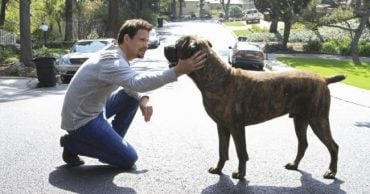 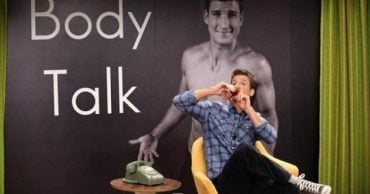 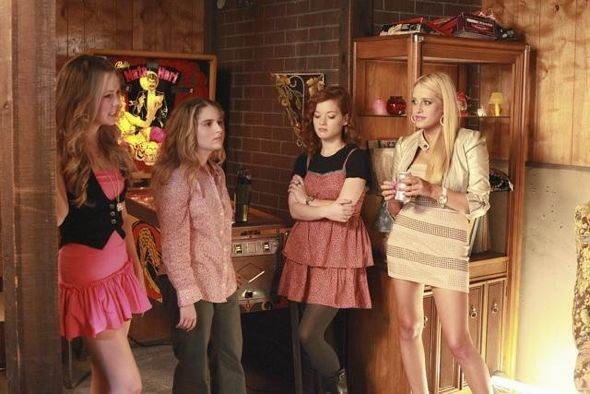