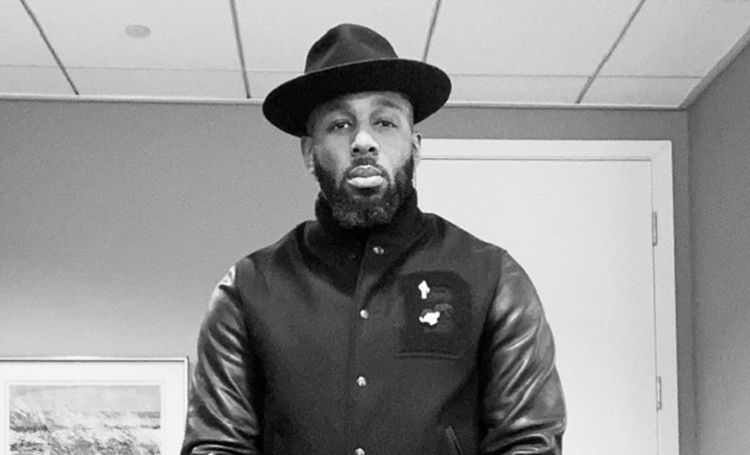 2020 has been a year full of surprises, and one of the biggest of them all has been rumors about talk show host and comedian, Ellen DeGeneres. Ellen has become well-known for her positive attitude and kind spirit, but many people who have worked on her show have began to suggest that she isn’t s nice after all. In an attempt to silence the rumors and give her reputation a boost, Ellen  has made some changes. She has decided to promote her longtime DJ, Stephen “tWitch” Boss to an executive producer on the show. The move appears to be an attempt to create a more diverse and positive workplace, and Stephen is definitely qualified for the job. Keep reading for 10 things you didn’t know about Stephen “tWitch” Boss.

At this point in Stephen’s career, most people recognize him most from the work he does on The Ellen DeGeneres Show. However, that isn’t his only on screen experience. Stephen has had several movie roles over the course of his career and has appeared in films like Step Up 3D and Magic Mike XXL. While most of his roles have been as a dancer, he’s also had some acting parts.

2. Michael Jackson Inspired Him To Dance

When Stephen was a kid, he spent lots of time watching Michael Jackson. During an interview he shared, “I had the ‘Bad’ tape, I used to just let that run and dance my heart out. I had his VHS tape, “Moonwalker” – that was in constant rotating. I can still quote “Moonwalker.” I know every scene.”

Some people may be under the impression that Stephen comes from a big city, but that isn’t the case at all. He was born and raised in Montgomery, Alabama and spent the early years of his career making a name for himself there. He eventually decided to relocate to Los Angeles to put himself in a better position to access opportunities.

Stephen is married to his former So You Think You Can Dance co-star, Allison Holker, for almost 10 years. The couple has two children together, a son and a daughter. Allison also has a daughter from a previous relationship who Stephen adopted after the couple got married.

TikTok is most commonly associated with Gen Z, but there’s room on the platform for everyone. Stephen’s incredible dance skills make him the perfect fit for the app, and there are millions of people who would agree. At the moment, he has over 3 million followers on TikTok and he regularly posts dancing videos and fitness content.

6. Working With Ellen Has Made Him A Better Person

Plenty of people who have worked with Ellen DeGeneres seem to have nothing but bad things to say about her, but Stephen isn’t one of them. In fact, Stephen says that he’s seen Ellen be nothing but kind to everyone she’s encountered and working with Ellen has encouraged him to be a more positive person.

7. He Earned The Nickname tWitch As A Child

People closet to Stephen have been calling him tWitch since he was just a kid. Apparently, he got the nickname because he could never sit still and always appeared to be moving around and twitching. He decided to use the name professionally when he was 20 years old and starting his dance career.

8. He Used To Choreograph Dances In His Car

Dancing isn’t an easy field to make it in. There aren’t a lot of professional opportunities and the competition is always fierce. Stephen never let that discourage him and he was always willing to put in the work, even if that meant he had to come up with routines while driving. During the early days, Stephen spent a lot of time choreographic during his road trips between different cities in Alabama.

9. He Was On Star Search

If you’re under a certain age, you may have never heard of the show Star Search, but it used to be a pretty big deal. The show originally aired from 1983 until 1995 but made a brief comeback in 2003. During the 2003 season, Stephen appeared on the show as a competitor where he became the runner-up.

10. He’s Doing A Partnership With Pampers

If there’s one good thing that has come out of the pandemic (other than his recent promotion) it’s the opportunity to work with a major brand. Stephen and his wife recently got the chance to work with papers. He told ET Canada, “We’ve also teamed up with Pampers Cruisers 360° Fit diapers as they’re doing a really fun challenge for parents and babies to put their diapers to the test and keep everyone moving.”