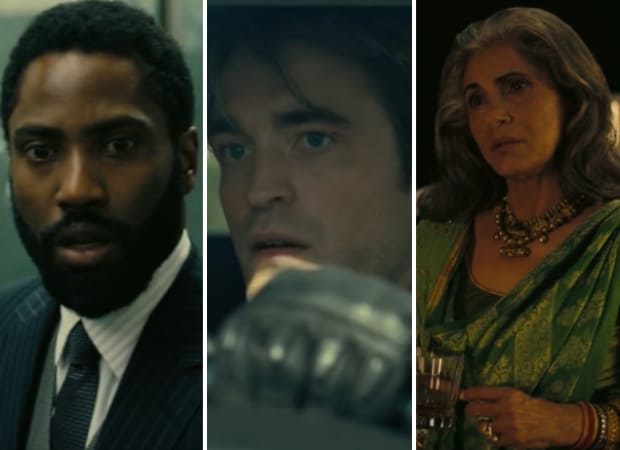 You don’t have to know every last person in show business since trying to do so is a rather difficult and sometimes impossible proposition since honestly they seem to come and go like the tides some days. But recognizing folks such as Dimple Kapadia isn’t too hard just to say that you’ve looked them up and found that they’ve done something of interest. In her life Dimple has seen and done several things that has defined her as a Bollywood star and has thrived in her position as an actress. Bollywood has gained a great deal of notice in the past decade or two and has been gaining prominence for many years now as people continue to take greater notice of it. What this means is that not only is it a big deal from a cultural standpoint, but the actors that are responsible for its continued existence are also becoming noticed in much bigger way.

Here are a few things about Dimple you might not have known.

10. She retired from acting for a period of 12 years to raise her daughters.

Many upon many actors would gladly tell you that they value their children and would do almost anything for them, but not a lot of them would quit working for a decade or more to go and raise their own kids since the idea of not working is a bit nerve-wracking for some. But Dimple managed to do this and then come back when she was ready.

9. It would appear that she’s a rather moody person quite often.

It’s also been stated that she has her reasons and that they seem good enough for others to honor her decision to be less than pleasant to the crowds and the paparazzi from time to time. She does smile and make an appearance but it would seem that her moods can shift rather quickly.

8. She does have a very extensive filmography.

If you take a look at everything she’s done thus far you’d see that she’s been a very busy woman during her career and hasn’t been messing around. Whatever time she took to raise her daughters she’s been making it up ever since and then some.

7. Dimple will be starring in the film Tenet by Christopher Nolan.

She’ll be joining director Christopher Nolan and actor Robert Pattinson in the espionage film it seems, though it does sound as though she was a bit hesitant to take a role in the movie at first. As of now though she is fully committed.

6. Dimple is actually her pet name.

Some people choose not to go by their given name in show business as many people should know at this time since there are actual lists that have been drawn up that show the stage name of the actors and their real names right beside it. Sometimes their real names just don’t sound as good as their stage names.

5. She was introduced into Bollywood and was married at the age of 16.

This seems like a lot to take on when a person is just a teenager and it could have likely contributed not only to her break from the business but some of her moodiness since when you think about it a teenager, even young women who tend to develop quicker than men, can be overloaded quite easily at such an age when they’re still coming into their own and learning how the world works.

4. Dimple has starred in a few movies that got shelved for various reasons.

It’s unknown why this tends to happen sometimes but it could be that the movie just wasn’t coming together as the director and producers wanted or it could be a number of other things that occurred and conspired to make it not possible or feasible to release the movie. It’s a hard thing to stomach for any actor no doubt but it does happen.

3. It doesn’t seem as though she’s all that active on social media.

Whether she has a social media account or not is hard to tell since it doesn’t seem to pop up all that easily. It could be that she has one but doesn’t use it as often, which wouldn’t be too surprising since there are still folks out there that don’t consider social media to be as big of a boon as others.

This shows that she’s been a busy woman and has been successful in her endeavors as well since this is no small feat to accomplish. Whatever time she took off to be a caring mother doesn’t seem to have made her lose a step at all.

1. It’s been heard that she felt being married once was enough.

For some people not getting married at all is like dodging a bullet, but for those that have gone through it once and don’t want to experience it again they tend to be quite happy having gone through it so that they know the experience, they just don’t need to do it again.

She’s a very interesting woman to be honest.