Home
Television
Star Vs. The Forces of Evil Review: Peace and Darkness 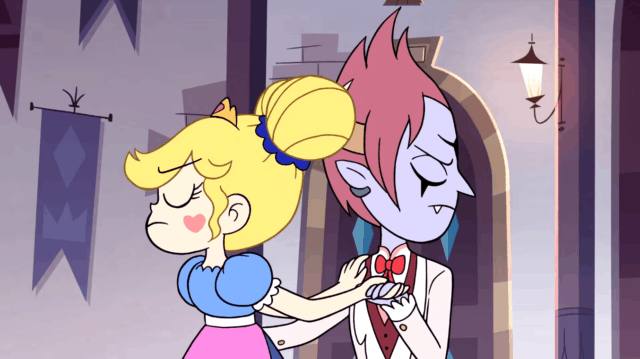 After a four month hiatus, we’re finally getting new episodes of Star Vs. The Forces of Evil, so join us for our review of the sixth episode of season three.

Similar to the previous episode, the first segment of episode six throws us into a slice of Star’s magical princess life. This time it’s the Silver Bell Ball, a meeting of the various royal famils of Mewni. At the ball the heirs of these families must formally dance with each other, representing peace harmony between the kingdoms. Amongst theses heirs is Tom Lucitor. Fans will remember this demonic prince of the underworld as Star’s persistent ex-boyfriend who wants to get back together.

But now, Tom seems different, he isn’t acknowledging Star at all. Ponyhead convinces Star that she is being “club-snubbed,” that Tom is trying to make her jealous by dancing with everyone else, a tactic that Ponyhead herself implements to get the attention of a cute prince. In the end, though it turns out that Tom, after having learned of Star’s crush on Marco, is giving Star space. He has accepted her feelings for Marco and wanted to do the right thing. But it wasn’t the right thing, he only ended up completely ignoring her.

The two fight over what’s right, all the while their parents are bickering like children over the supposed “club snubbing.” Acting more mature than their elders, Star and Tom dance together and restore peace to the ball. But that’s not all, Tom and Star have a good time dancing, creating a beautiful display of flames and butterflies in their wake. The two end the night on a warm, friendly tone, though a prospective hangout might suggest more to this newfound friendship.

Season three of Star has not skimped on the drama in the least, and this episode further complicates the love geometry of Star and Marco. The theme of this post-battle-for-Mewni episodes seems to center around separation. That is, the separation between Star and Marco, and thus the separation between Earth and Mewni. As Star and Marco grow apart, Tom and Star grow close. What this spells for the future of the seasons is yet to be seen, but “Club Snubbed” is an excellent starting point for this growing drama. 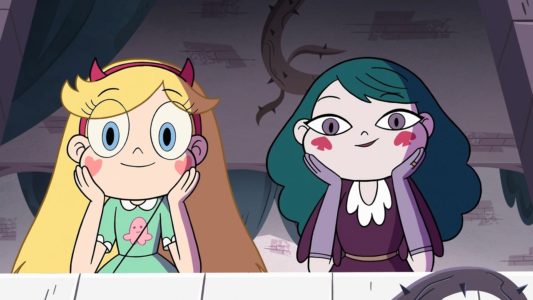 At the end of “Battle for Mewni” Star’s “evil” ancestor, Eclipsa Butterfly, is shown breaking free of her crystal prison. Moon struck a deal with Eclipsa, promising her freedom in exchange for a spell that could defeat Toffee. When Toffee is eventually destroyed, the crystal encasing Eclipsa starts to crack, and in the latest episode, “Stranger Danger,” Eclipsa is seen walking about Mewni.

Star encounters her ancestor in the royal rose garden, unaware of who she is, and strikes up a friendship with her. However, this friendly encounter is quickly cut short by Star’s mother and the magic high commission. They apprehend Eclipsa, revealing to Star who she is. Following this, Star is examined and tested for any corruption via evil magic. They are overly paranoid, afraid of Eclipsa’s reputation as the evil betrayer to the Butterfly throne.

But, Star is fine, there is not corruption happening, no dark magic at work, she was simply having a conversation with Eclipsa. The magic high commission does not seem to care, and are ready to crystal Eclipsa up once again, but why? Star questions the evil reputation that Eclipsa has, and the high commission cannot provide any solid evidence. Moon tries to argue that she betrayed the kingdom for falling in love with a monster and abandoning her throne.

But this isn’t enough to convince Star. She is appalled at the behavior of those who are supposed to be wiser than her, and she stands up for Eclipsa. Just before the commission imprisons Eclipsa once more, Star steps in and demands that she receive a fair trial, something Moon reluctantly agrees too, if only to convince Star that her ancestor is evil. The episode ends with Star visiting Eclipsa in a holding place – her old room facing the rose garden – making her intentions clear; she fought for her to be treated fairly, but still does not fully trust her.

This episode was a powerful one, Eclipsa and Star’s budding friendship acting as the emotional core. Star clearly sees herself in Eclipsa, looked at differently for being a black sheep of the family. Both of them did/do things their own way, and perhaps there is a danger in that. Star has already faced consequences of her actions, and we’ve yet to see what Eclipsa is truly up to. Eclipsa almost acts a warning, seen by Moon as a foil for what Star might become. But Star sees her as a kindred spirit, and we’re excited to see how this building tension turns out.

We’ve got two more new episodes of Star Vs. The Forces of Evil this week to review, so stay tuned!