Home
Television
Star Vs. The Forces of Evil Review: Making a Difference 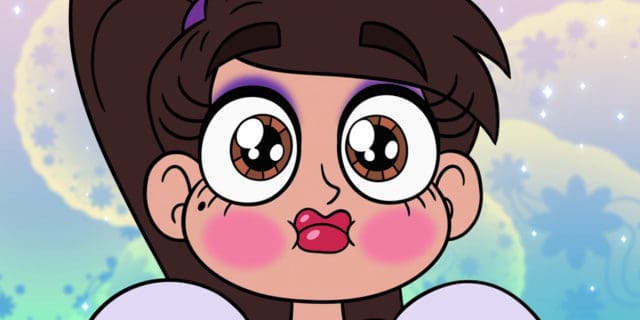 We’re back with another whole week of new episodes of Star Vs. The Forces of Evil, so join us for our review of season three, episode nine of the Disney XD cartoon!

We start with “Princess Turdina,” in which Star, Ponyhead, and Marco make a return to St. Olga’s Reform School for Wayward Princesses. Marco is once again dressed as Princess Marco Turdina, the persona he used to sneak into the school with Star and free Ponyhead in season two.

After she incited a rebellion in the oppressive school, the princesses at St. Olga’s idolize Princess Turdina, making her the face of the revolution. As such, they want to gift Marco with an honorary degree from the new and improved St. Olga’s. Marco is unsure of this, since the girls at St. Olga’s don’t know the Princess Turdina persona isn’t real, and feels he should come out with the truth.

The girls show them how they’ve changed the school to be a non-stop party, and Marco thinks they could benefit from some structure and rules. But, this ideal is quickly thrown out the window as Marco is shown the “hall of Turdina,” a hall adorned with Turdina’s posters and merchandise, and he is swept up in the fame. Marco becomes a crowd-pleaser, further descending into the chaos of the school as they unveil a huge statue of Princes Turdina.

All the while, Star is urging Marco to come out with the truth, but he continues to let the fame get to his head, claiming he doesn’t want to break the girls’ spirits by revealing he’s not actually a princess. Unfortunately, during the degree ceremony, Miss Heinous suddenly shows up to expose Princess Turdina. Marco drops the facade and Miss Heinous offer her guidance to the chaotic princesses once more.

But, the princesses don’t give in, even when their idol is shown to be a fraud. Because, to them, Princess Turdina is a state of mind. The princesses drive Miss Heinous back from whence she came and celebrate their freedom once more.

Now, this episode wasn’t perfect. There’sÂ plentyÂ of great messages and lessons to be had, but they get a bit jumbled since the story jumps between them constantly. Furthermore, the moral high ground gets passed around so often that it’s hard to tell who’s wrong and who’s right in the moment. Regardless, everyone still learns their lesson – Marco learns to stay true to himself, the Princesses learn to think for themselves, and Heinous learns she cannot win back the favor of her students with negativity.

And speaking of Heinous, she is still determined to capture Marco and drain him of his youthful energy, setting up a future encounter. 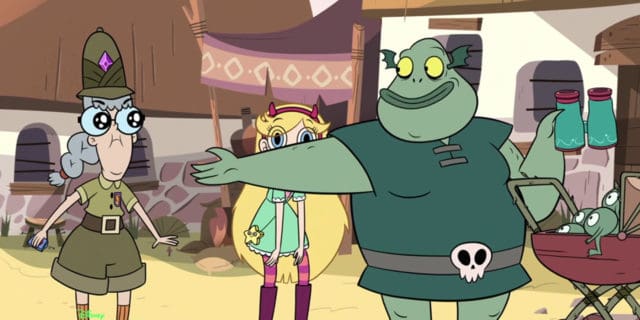 In Monday’s second episode, “Starfari,” we find Star trying to make a difference around Mewni. She is continuing to her journey to be the best princess she can by attempting to get monsters treated as equals instead of, well,Â monsters.

After witnessing a monster get kicked out of a marketplace for simply being a monster, Star sets out to find exactly why monsters are treated unfairly. As Queen Moon is preparing for Eclipsa’s trial, she hear’s footsteps, Star is approaching. Sure enough, her daughter kicks the door down (as she always does) and enters with a presentation questioning why the monsters of Mewni are treated unfairly.

This isn’t a new concept for Star or the show itself. In “Mewnipendance Day,” Star began to question the glorified history of her ancestors. Over the course of season two, she began to develop a friendship with Buff Frog. She’s even been given the title of “rebel princess” by monsters who admire her ideals. Suffice to say, she wants things to change, or at least know why they are so unfair to begin with.

Star questions everything about the separation of monsters from mewmans and why the likes of Lizards are considered monsters, but not allies like the Ponyhead kingdom or members of the magical council. These are all valid questions, ones that her mother doesn’t seem to have the time or knowledge to answer, so she sends Star off to confer with the royal monster expert, Dr. Jelly Goodwell.

After a few mishaps, including stepping into the office of the royal muenster expert, Star meets this Dr. Goodwell. The royal monster expert is, surprisingly happy to see her. After hearing that Star wants monsters to be respected, Dr. Goodwell proclaims Star is the kind of princess she has been waiting for. Goodwell has seen the discrimination towards monster and wants to change it, so invites Star to witness the results of her “research.” Star happily agrees.

Unfortunately Goodwell’s perspective on monsters, and her desire for them to be respected, is not quite what it seems. As her safari outfit implies, she treats monsters more like animals, creatures to be studied like exhibits in a zoo. In fact, she tries to “reserve their habitat” by blowing up the dam and isolating the monsters’ village with water. Star works together with the monsters, and eventually Dr. Goodwell (who seemingly realizes the error of her ways), to quickly build a new dam and protect the village.

In the end, Dr. Goodwell seems to have recognized her mistakes, and decides to “live like a monster,” before shedding her clothes and acting like a wild animal. Turns out she kind of missed the point of it all, but there is a silver lining; Star takes Goodwell’s “Monster Expert” badge and pins it on Buff Frog, giving him a new job and setting up some interesting mewman/monster politics to come.

Overall, we have another strong episode, one that tackles the concept of prejudice coming in many forms. Despite Goodwell’s character continuing to misunderstand monsters, there is hope that the world of Mewni can change for the better, as evidenced by Star’s relationship with Buff Frog, and the latter’s new job.

Stay tuned for our reviews of upcomingÂ Star episodes!