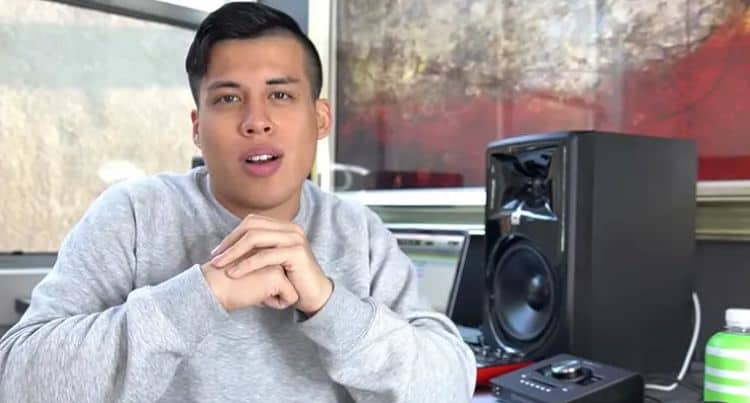 If ever you want to hear someone with some insane talent, you have to listen to Spencer X. He’s the young man on the internet who spends his time making beat boxing a real situation. It’s his goal in life to be the most famous, most sought-after beat boxer in the world, and we think he might already be there. However, he feels he has a long way to go before he is done doing what is on his list of things to accomplish. He’s talented and amazing, but it seems many don’t know that much about him. We thought we might take some time to learn.

This is not a man with a small dream. He’s not just going to spend his life working as an internet beat boxing sensation without anything else to offer. He’s a young man who has more of a dream than that. His dream is to perform. He wants to perform at the Grammy’s and he wants to perform with the likes of Beyonce. We imagine he’d also be happy performing with some other big-name stars, but he didn’t mention them by name.

2. His Biggest Dream is Big

We know that he’s in his 20s. He did an interview in 2020 in which he mentioned he was 28 at the time, so we imagine that he’s around 29 at the moment. Perhaps he is ready to celebrate his 30th birthday soon, but we aren’t entirely sure. All we know is that he’s in his late 20s ready to turn 30.

Between 2019 and summer 2020 – for approximately a year in that time frame – Spencer X earned approximately $1.2 million. He did this via brand partnerships and other things, and it’s been a good thing for him. He wants to do bigger, though. He can do bigger.

Forbes likes to make lists, and he landed on one. He’s on the inaugural list of TikTok’s top earning stars. He ended up in the number six place, which is not a bad place to be. He has tens of millions of followers, and that’s a situation that works for him.

6. He Learned to Beat Box in High School

He was living with his parents in Manhattan at the time, and he decided that this was the career path he was ready to take. He decided he would spend some time – days, he says – in his room examining beat boxing and all that it entailed. He came out of his room and told his parents that beat boxing would be his life, and they didn’t even know what that meant. They didn’t know what it was.

His parents – both immigrants – didn’t want him to do anything other than go to college, get a good education, and go to work doing something meaningful that would bring him success. He tried. He attended Purchase College, and he was able to make it work for a year-and-a-half before he had to give that up. He began with science, then he moved on to another college and worked on math. Neither worked for him.

Once he dropped out of college, he spent a few years working the streets in New York trying to earn money beat boxing where he could. He did that, but he eventually started to see a little fame when he was posting his work on TikTok back in 2019. It was fairly new then. He broke up with his girlfriend, and he made the decision to move to LA and sleep on the couches at friends’ houses until he was able to make it on his own.

9. He Works with Big Brands

The newest and most exciting thing in his life is that he was able to make a career and a living with TikTok, something his family did not think was possible. His first major brand collaboration was with Nickelodeon, but he’s also done work with Oreo, Sony, and so much more. He’s doing it well.

This is not a young man who is out to do a little bit here and there. He’s out to take over the world with his beat boxing, and nothing is going to stop him. He’s already made that quite clear.