Home
Movies
Comedy
Sorry To Bother You: Why You Should Check It Out 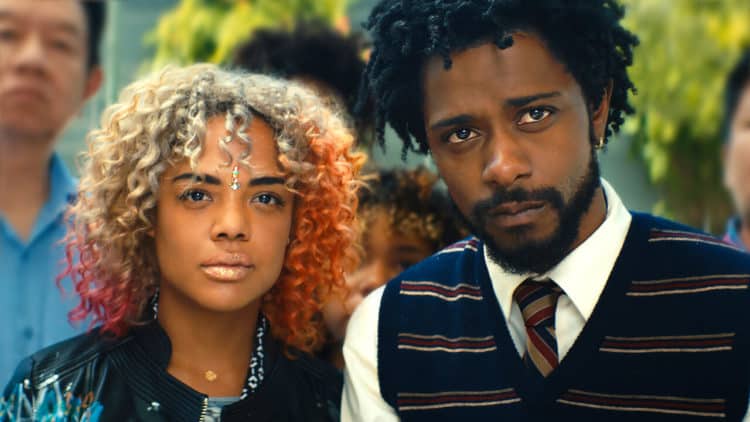 Before LaKeith Stanfield received his first Oscar nomination for his role in Judas and The Black Messiah, the 30-year-old was in one of the weirdest, boldest, and most original films in the last decade. A signature debut for first-time director Boots Riley, Sorry To Bother You also stars Tessa Thompson (Selma, Avengers: Endgame), Omari Hardwick (Army of the Dead, American Skin), and Terry Crews (Deadpool 2, Idiocracy). The film follows an alternate reality of present-day Oakland, California where Cassius Green’s life has turned upside down the moment his telemarketing career takes off. His friends and co-workers organize a protest against corporate oppression; however, Green is vastly benefitting from the hard work of others. Once Green falls under the spell of Steve Lift, the world that Cassius Green knows changes within an instant.

This independent gem slipped under the radar when it was released back in the summer of 2018. Coming out in the midst of the summer where giant blockbusters such as Avengers: Infinity War, Deadpool 2, Jurassic World: Fallen Kingdom, and Mission Impossible: Fallout dominated the crowded season. Garnering a strong 93% on rotten tomatoes where critics call the film, hilarious, intelligent, and bizarre, there’s plenty of reasons why this movie demands to be seen. In a world dominated by superheroes, reboots/remakes, and sequels, Sorry To Bother You is a great film not just because it’s something you’ve never seen before, but its messages are timely and relevant in today’s day and age. The off-kilter humor is originally what grabs you in the beginning; You’ve likely seen the trailer by now where Green rises through the ranks using his “white voice” to gain success in his telemarketing job. However, the film never relies on that gimmick, which is ultimately the catalyst for bigger (and stranger) things to come in the world of Sorry To Bother You. I won’t speak too much about the plot because it’s better if you go into the film with as little knowledge as possible. Of course, I will speak on the tremendous performances, namely Stanfield himself.

Following his standout moment in Get Out, the actor has emerged as one of the better talents thanks to his performances in Uncut Gems, The Photograph, and his Oscar-nominated role as William O’Neal. Here, Stanfield gets to fully display why he deserves to be the leading man and he doesn’t disappoint. When the film demands him to be dramatic, funny, or react to the weird situations around him, the veteran effortlessly pulls off the necessary emotions with ease. However, it helps that Green is a compelling and relatable character to follow. The protagonist represents most Americans who work a simple 9 to 5 job. We want to live a rich lifestyle with nice cars, or suits, or even houses; however, the challenges of maintaining such a lavish life hold him back from truly enjoying himself. Could you overlook capitalism, racial discrimination, and slavery just for greed? Those are the questions that Green is challenged with and despite the bizarre events that occur later in the film, Riley makes sure that the themes are never lost in translation.

The core cast of characters helps round out the colorful world of Sorry To Bother You. Thankfully, Tessa Thompson’s Detroit doesn’t play the stereotypical girlfriend character. She has her own voice and the talented actress continues to excel at everything she’s given thus far. Though their roles are limited, Terry Crews and Donald Glover make a funny onscreen presence for the time that they’re given. Jermaine Fowler – who was also in Judas in the Black Messiah – is another standout in this sci-fi/comedy. He represents the opposite of Green’s character and we’re able to root alongside Salvador because we understand how screwed up the system really is. One of the funniest scenes in the film is his back-and-forth “argument” against Green. I put the argument in quotations because it’s a string of compliments between the two men, though, under the context of the situation, they’re really insulting each other. I strongly suggest going into Sorry To Bother You with an open mind. Once the weird stuff in the second and third act kicks in, you may end up hating it; however, the film taking such a big risk to get across its timely message should be commended. If you’re into funny and political films then I highly recommended this amazing movie.