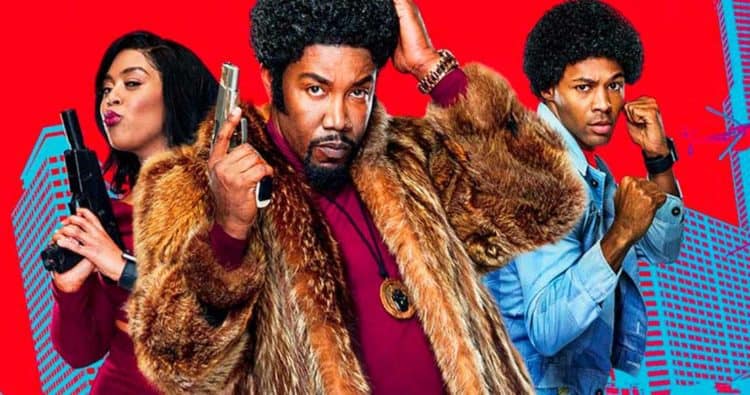 Excuse me, I need to go wash my eyes out with industrial-grade soap now that I’ve watched this, and I’m not going to be kind since there’s really no way to say this other than THIS WAS HORRIBLE. I like Michael Jai White, I enjoyed the original Undercover Brother with Eddie Griffin, Dave Chappelle, and Patrick Neal Harris, but huh boy, this doesn’t look like it’s about to be anything close to that first movie and is going to swing WAY wide of the funny bits that made the first one so great. Maybe I’m jumping the gun on this but maybe not since honestly and truly Griffin made the first movie what it was since the movie didn’t take itself seriously in any sense of the word. Does anyone remember the first movie? Chris Kattan as the bad guy? The Man being the enemy and everything being an absolutely hilarious parody that you couldn’t help busting up at because it was all sorts of ridiculous but we didn’t care?

That is not this movie, not even close. People can call me a purist or a critic (now that would be an insult) or whatever they like but this movie looks like a walking dumpster fire just waiting to be pushed off of a cliff and to its eventual demise. Trust me, that would be a mercy just from the little bit you can see in the trailer, but if you’re willing to watch this movie in its entirety then it’s likely from curiosity or something similar since it doesn’t seem as though it would be from genuine interest. It’s not much of a surprise that it’s not coming out in the theaters since it doesn’t seem as though it would be able to make more than its budget if it even did that thanks to curiosity. The idea of making another one of these movies might not have been too bad if they could bring back the original cast, but seeing as how this didn’t happen it really seems that it should have been left on the cutting room floor, or back in the conception phase, or as a passing thought that didn’t deserve a second look. Why you ask?

Well, let’s look at it this way. Undercover Brother was a blaxploitation comedy that was making fun of just about everything and everyone it touched while at the same time showing the varied strengths and advantages of those same subjects. After all, the stars were the black folks that made the movie so great and they were shown in varying ways to make the movie a bit more diverse while still creating stereotypes that a lot of people might have felt were kind of negative in a way. The truth of the movie though is that while it might have tried to push an agenda it was pure comedy that drove the whole thing and made it great. Trying to make a sequel out of it would have been nothing more than a lame attempt at copying what had worked in the first place, and as a result we get what looks like a movie that might not even be worth putting on TV since quite honestly it’s not even a cheap copy. Michael Jai White is usually best as an action star since he’s made his reputation as being a badass martial artist and has been making that work for him. But this role almost seems like he was branching out and decided to pick the longest, thinnest branch he could find as he made his way out to the very end, hoping that it would hold him up. The fall might not be pretty, but if the movie does well at all it’s going to be a massive stroke of luck considering that a one time view of the trailer was more than enough. Chris Evangelista of SlashFilm actually seems willing to push the movie, which means someone is at least thinking it might be worth something.

When Undercover Brother came out a lot of people loved it and a lot of people looked at it askance for obvious reasons. But the point of it is that people got used to it and they calmed down after a while when it was shown to be a comedy and that the jokes weren’t meant to be a big deal. One has to wonder if people are going to look at this movie in the same light or if the jokes are going to be tempered so as to deal with a seriously oversensitive audience that seems to get offended at the slightest thing these days. If that’s the case then you can bet that it’s going to be even worse, and if it does start to get attention and get likes then I’ll be at a serious loss for what’s happened to entertainment since at one point and time it was okay to tell jokes and make a comedy that people would enjoy without it being deemed too offensive.