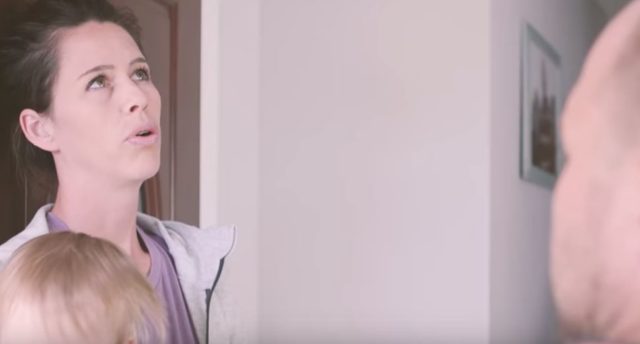 Often the lives of mothers and fathers in the early ages of a child’s life can be considered mundane, routine, and even flat out boring at times.   Running errands, getting food, clothes, toys, feeding your kids, reading them stories, watching TV with them, bathing them, and all the other responsibilities we have wind up tying into this one long schedule routine that tends to be the same day after day after day.   However, that’s not even close to what it’s like for our children.  In fact, these mundane schedules make our kid’s think they have magical and exciting lives.  But wouldn’t it be nice if we actually saw that on camera?

Esther Anderson of Story of This Life has created a heartwarming video to remind everybody that moms, battling all the struggle and chaos, will always remain the best people in our lives. Anderson made the video A Normal Day in honor of Mother’s Day. It features grocery shopping, failed naps, messy diaper changes, and other things moms go through on a normal day.  Anderson, however, uses these examples to portray parents not as failures, but as devoted and loving magicians who, despite all odds, make their children’s time spectacular.