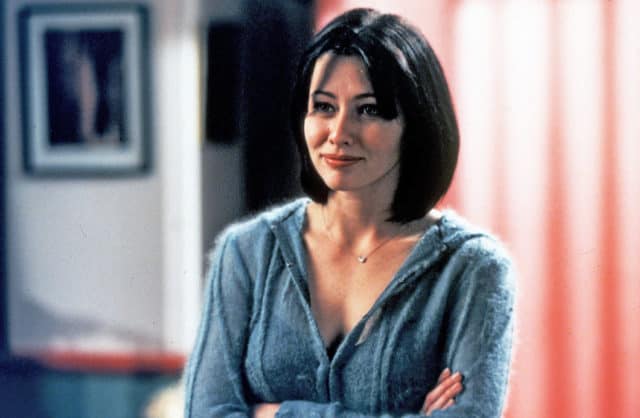 Okay, just in case you have not heard yet – last week, the CW made a huge announcement that revealed that it would be launching a reboot of one of its most endeared series – Charmed. What is interesting is the fact that the news of the reboot was met with a mixed assessment of the decision to revive the series. As beloved as that series was, I would have expected a more welcoming response than what was given. Don’t get me wrong, there were some old fans of the show who were ecstatic, but there were also those, including one of the former stars of the show, Holly Marie Combs, who literally slammed the idea.

There will always be those who believe that a classic should remain untouched and undisturbed, and it seems that Combs is one of those people. Well, this past weekend, Shannen Doherty, who had remained silent on the issue, decided to come forth and give her take on the idea of rebooting the series.

Doherty’s response to all the controversy was rather settling and it provided what I believe to be a valuable insight. She basically iterated her perspective that everything that is produced at this stage in the history of the industry is a remake or reboot of something that has already been aired. She went on to bring home the point that Charmed was a very empowering show, especially as it pertains to women and she mentioned being honored to have been a part of something that was strong enough to stand the test of time in a culture of fleeting loyalty.

Doherty believes that the fact that a new version of the show is being considered is actually a testament to the greatness of the show and the legacy it left behind.

Reboots of popular series is always a gamble so soon in the game. The fans who made the show a success are still alive and kicking and they have a lot to say about the standard of what the reboot will have to deliver. There is no way to recreate the same chemistry and the same energy as the original show, and this should not be the aim. The concern that has to be addressed is whether they can create the same type of energy and chemistry with a new cast and storyline.

Doherty is highly intrigued by the idea that an entirely new generation being inspired in the way that the original series inspired the previous generation. The only thing that Doherty seemed to take issue with is the manner in which the new reboot was introduced. The reboot has been lauded as a “fierce, funny, feminist, reboot of the original. Doherty says that this description suggests that the original series was none of those things, but other than that, she is excited to see where they go with the reboot.

The truth is that we will not know what to expect until the pilot is produced and aired. For those expecting something close to the original, don’t be surprised if it does not happen.