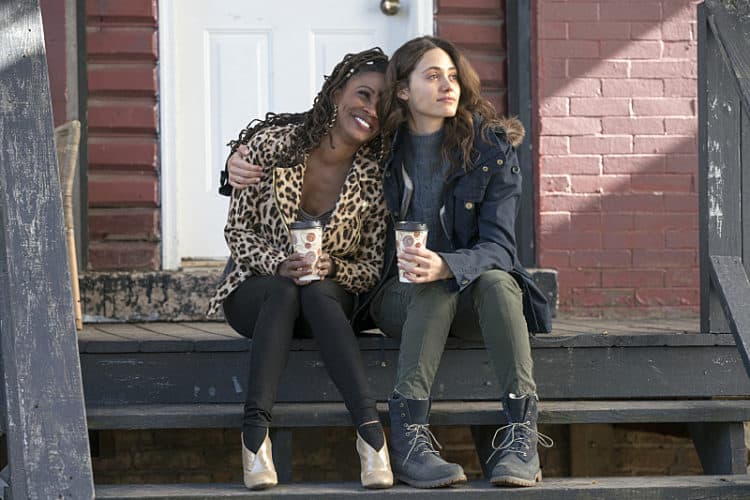 It’s hard to say this really since Fiona has been such a big part of Shameless since the beginning and has, as Kara Hadash from ScreenRant might echo, been the glue that held the Gallagher clan together so many times. She’s been the friend, the big sister, the dutiful daughter, and the mother figure that the younger kids didn’t have and for their own reasons didn’t always want since they were usually left to their own devices and didn’t seem to want the kind of authority that Fiona brought now and again. She wasn’t perfect, there’s no way to argue that she didn’t cause her fair share of problems within the house, as she did a few things that could easily be called into question and some that earned her the rightful enmity of those around her. But overall Fiona has been the rock of the Gallagher clan in many ways that is hard to imagine not being there any longer since she’s done so much. But it’s happening, Fiona is leaving, and for a lot of fans it’s hard to believe that Shameless will still be just as good, but there is a lot of hope that this will be true.

The one thing that might make season 10 just as good, and Brian Boone from Looper might agree, is that without Fiona the family will have to finally sort out their own lives without any interference or help from their big sister when it comes to anything. Despite the fact that a lot of them have grown up a bit, Carl being in military school, Lip being a father and Ian being in prison, it’s still evident that Fiona was being asked left and right to do this or that for the family since it had been her role for a good long time. But Frank is still Frank, that’s not bound to change, and Debbie, well, Debbie seems to be headed down a path that may or may not be conducive to the family’s well-being since quite honestly she seems to be more obsessed with clothes and looking good than Fiona ever was. This is no doubt going to usher in a time in the Gallagher family when they all come to realize just how much Fiona did for them and what they’re really missing now that she’s finally gone on to live her own life. Some folks might want to theorize that Fiona will be back eventually if only for a cameo here and there, but it does seem as though it might be best to give the elder Gallagher sister a well-earned reprieve from a family that took too much and didn’t give that much back in return.

Kevin and Veronica might have to grow up a bit as well even though they’ve shown a lot of character development throughout the years and have even gone through their own struggles. But by and large the removal of Fiona from the cast is going to be a monumental shift, but one that could leave the kind of gaping hole that people on the cast will be rushing to fill as they realize just what it means to have no one in that reliable spot to lean on. It’s possible that the show might take a dip in the ratings with Fiona gone, but it’s also possible that people will come to accept that she was definitely due a life of her own at this point and should, as Derek Lawrence from Entertainment Weekly might agree, be given a fond farewell without the possibility of seeing her run back to the hopeless and sometimes heartless situation that forced her to continually struggle when it came to keeping her family on the straight and narrow while keeping her own life on hold for so long.

As far as what Emmy Rossum is going to do with her career moving forward it’s already been seen that she’s going to continue acting, but whether or not she signs up for another show or focuses on movies at this time is hard to say since there’s not a whole lot of news on the subject right this moment. Rest assured though we’re going to keep seeing her pop up now and again since she’s still in her early 30s and isn’t likely to go anywhere at this time. She’s already been an established actress before Shameless so expecting her to keep going isn’t a hard thing to contemplate. It will be interesting to see how the story is going to progress on the show since already we can see that Debbie isn’t going to be putting up with Frank as much as Fiona did, as per the laundry scene we can see in one of the trailers and the fact that Debbie has finally grown tired of catering to her deadbeat father. There’s still plenty of material to use, and it doesn’t need Fiona to move forward.