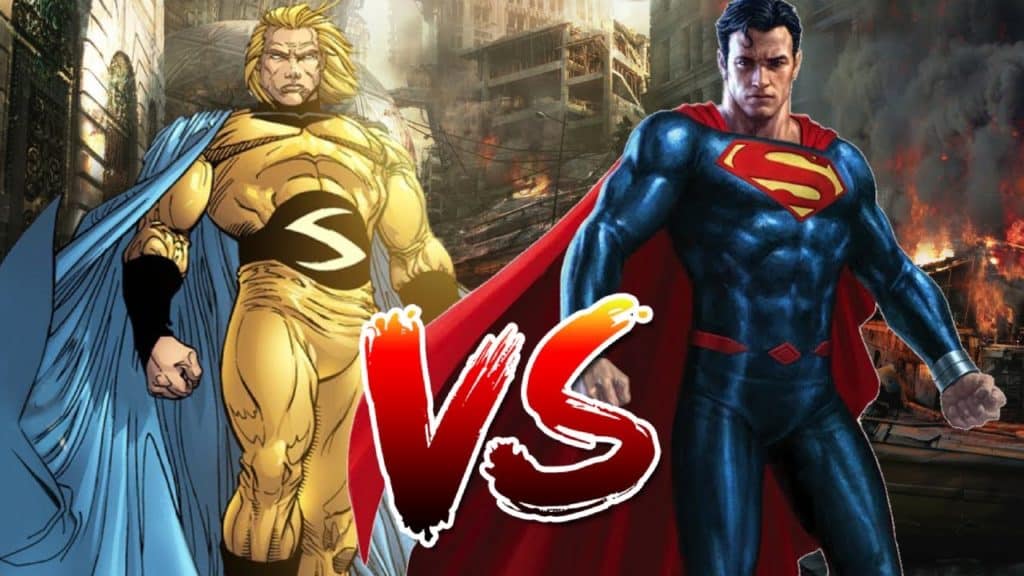 There are some that might actually argue that Superman might fold Sentry up like a rag doll and chuck him in the nearest waste bin, while others might think that Sentry would rip Superman in half as he did with another character at one point. It’s fair to state that neither of these things would happen since the fight would be worse for those that were in the way than for the two combatants, as both Sentry and Superman are so wildly overpowered that such a battle might take to actually finish. In a sense, it does feel that it would come down to who was willing to loosen their morals and simply go in for the kill rather than trying to beat the other senseless. In this case, it almost feels that Sentry would be the one left standing if he decided to go all out against Superman and throw everything, including the Void, his evil alter ego, at the man of steel in an effort to blitz him and end things early. In fact, in a fight like this the best way to pick a winner would be to see who was given the best plot armor, since like it or not, both characters have benefited from this in the past.

Superman has actually died in the past, and thanks to the reaction by the fans he was brought back, whether it was planned or not. This creates the feeling that DC doesn’t have a lot of faith in what might happen if they finally did away with Superman once and for all, as it’s very possible that DC fans might revolt and boycott the comics. Well, maybe things wouldn’t get that extreme, but it’s a fair bet that people wouldn’t be happy and would be flooding social media in an effort to get their hero back. Sentry, on the other hand, is a little-known hero that has just about every possible strength that Superman already has and none of the weaknesses, but it has been seen that his lack of confidence can be a real weakness.

In a fight between these two characters, it’s easy to say that the bout should be in outer space just to make certain that it’s as neutral as it can get given that putting these two on an inhabited world as they’re fighting would be disastrous, especially if they decide to cut loose and not worry about collateral damage or the safety of anyone nearby. But while Sentry might not be quite as quick as Superman, he’s definitely every bit as powerful, and it would be a tough fight to call in this manner since the attacks they could throw at one another would likely damage them both, but as a lot of fans have seen over the years, both characters have regenerative capabilities, even if Sentry isn’t quite as durable as Superman. But any thoughts of Supes tossing Sentry into the sun would be dashed since Sentry might not be as experienced or able to think on his feet as Superman usually is, but he’s still capable enough in a fight that his sheer power and fighting abilities are enough to carry him through.

Superman might have a slight edge simply because he does have a slightly more tactical mind than Sentry does and knows how to direct a battle, kind of. But where Superman might be able to outthink Sentry, the sheer power that Sentry possesses would make planning a little difficult, and Superman would have to take after Batman very quickly and come up with a contingency plan on the fly in order to deal with his Marvel counterpart. There are a lot of ways to say that this wouldn’t be an easy fight, but getting right down to it, the outcome would depend heavily on who was writing the story and who everyone wanted to see win. The fact that Sentry isn’t as well known as Superman would be a big deciding factor since the man of steel has been around longer than many of his fans have been alive, and it’s easy to see that Superman is still the gold standard of superheroes since his story has been changed over and over in minor ways that have ended up making him stronger, smarter, and basically the end-all, be-all of heroes since he can do just about anything the writers can think of at this point.

Sentry is still a young character by comparison, and since the fans haven’t really taken to him yet it’s easy to say that if he did win it would likely be called a serious upset considering that a lot of people feel that Superman could beat just about anyone. At this point, it’s not hard to think that Superman would win simply because he’s a fan favorite. It’s a hard truth to own up to, but there it is.