Home
Television
Scandal
Scandal 2.20 Review – The End of an Era 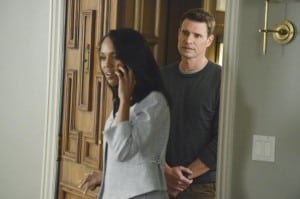 Excuse me for a moment while I catch my breath after Scandal slick bogarted it from the deepest part of my lungs and soul. Okay, I’m good. For now.

Not to bore you with a boring long recap/review, let’s just get to the basics of what has to be the biggest game changing episode of Scandal ever. I mean, Ev.ER.

Mellie Threw Down The Gauntlet, Then Launched It Like A She-Hulk Boss!

When Kerry Washington announced on Twitter tonight that “Mellie is NOT PLAYING,” she herself was not playing one iota in summing up Mellie’s epic smackdown against her husband and his legacy.

The (now former?) First Lady of the United States took her gangsta card and maxed it to high hell tonight by going through with her threat of exposing the President’s adulterous ways and possibly gave Cyrus a double coronary in the process. She not only called BCN for the interview, but she made sure she sucker punched Cyrus at the same time by either requesting Cyrus’s husband James to do the interview or pulling the strings for James to get hired in the first place. Either way, it was BOSS, and you can’t even deny any shred of respect for Mellie in that bold “F-you!” to the two men who have been instrumental in her ‘misery’ since the election. Mellie was out for blood and she got vats of it. And she is far from letting up on the massacre…

At the end of the day, however, you have to ask yourself: did Mellie really win this round? Fitz really doesn’t give a damn about returning to the Oval Office unless Olivia is on his arms, and if that cannot be arranged then he’s good to go live on a farm somewhere and not give another executive order ever again. Mellie, on th other hand, will always be the ‘First Lady scorned’ and that can either help her out or slam against her hard for the rest of her life. She’s fired the smoking gun, but it’s all about what she does afterwards that will count when the smoke clears. But is she ready for what’s to come her way?

Cyrus Was Ready to Take Out Olivia Pope. Lord, Hold My Mule…

Was I the only person who damn near crapped their pants when Cyrus went gunning to take out Olivia Pope? His bestie? His pupil? His partner-in-crime? Is there anyone not sacred to this man?

Sure, Cyrus saw his political life flash before his big hound dog eyes and threw proper damage control procedures out the proverbial window to save his ass, but dude… He really was going to kill Olivia Pope. I simply can’t wrap my head around that particular concept and it literally made me sick to my stomach. Then again, if a man is willing to sacrifice his own spouse to maintain his grasp on second-tier power, then everyone is pretty much game for a lengthy stay in the Potomac River if need be. Wow, Cy, it’s going to be hard to see you in the same light ever again. And we still got two episodes left in the season!

At least things are good between Cyrus and James again… I guess.

The Gladiators Dropped the Ball, But Slam Dunked the Hell Out of it By the End of the Night

When Harrison, Abby, Quinn, Huck, and David all deduced that Cyrus was Albatross and the mole at the beginning of the episode, I couldn’t help but feel that their detective work was a bit too sloppy 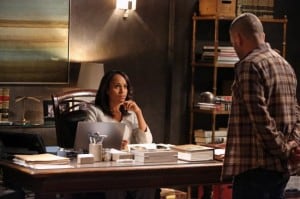 for my taste. First of all, why didn’t Olivia have them investigate Jake more thoroughly after the incident in his apartment? It would seem like she would have had Huck do a complete sweep of her apartment after discovering Jake’s ‘shrine to Sliver’ surveillance cameras at his place, but that obviously wasn’t the case.

Yes, both Olivia and Huck just came back from some pretty dark places mentally and probably were not in the right mind frame to execute such a task, but they both at least knew that their lives were in danger and should have responded to eliminate the problem, accordingly.

As for the rest of the team, I thought it was premature for them to pinpoint Cyrus as the mole only because they should know that a) it’s too convenient and b) too sloppy for someone of Cyrus’s level of security and clearance. Thankfully, Olivia kicked them in their butts and put them to work, because not only did the team expertly peel away Charlie’s layers, but they found out how the sweet-tooth torturer could be working for a yet unknown person who is either connected or is the elusive Albatross mole. That’s a damn good come back for our gladiators after nearly botching the entire case, although they would have been partly right if Cyrus’s plan to take out Olivia had have been a success.

Plus, am I right in assuming that Charlie is now working against his former boss (Joe Morton)? Also, did Jake recognize Charlie from B-613? The conspiracy thickens…

Olitz is Here to Stay! But is That Really A Good Thing? 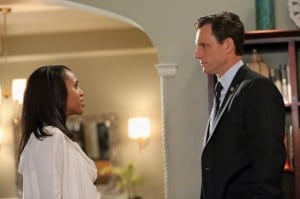 This is where the title of this review comes into play, because it was in fact the end of an era for Scandal since President Fitz said screw Mellie, Cyrus, and the presidency they all built together to be with the woman he loves. But is the Olitz reunion a really good thing? While I was hanging on to every word and new tag line (“Earn Me!”) like every other red-blooded Scandal fan/gladiator in America, I would be lying if I didn’t say there was a part of me that sort of wished the Olitz faÃ§ade carried on behind the happy lie of the White House. I say this because if Mellie reveals Olivia as Fitz’s mistress, what would that mean for Olivia Pope and Associates as a business? It might prove to be a serious, ugly bruise to the group since potential clients probably wouldn’t want to associate themselves with the firm. Then again, if someone has to seek the services of OP&A, then they surely are the last people to throw any shade about someone else’s morals.

I don’t know. I was torn between cheering for Olitz while cackling in Mellie and Cyrus’s faces, but by the same token, as Olivia said, this isn’t a fairy tale ending and Fitz still has some earning to do, because this debacle is far from over and has only gotten started.

There is so much I can delve into, but I really want to hear from you, Gladiators. What was your favorite Scandal moment of the night? Should Fitz have given up his presidency, or rather risk his presidency for Olivia? Should Olivia put OPA at risk herself? What about the mystery of the mole, do you even care? Should David Rosen finally receive his official Gladiator badge? What about Cyrus wanting to kill his pupil and best friend to stay on top?

Two episodes left in this season of Scandal, Gladiators! Man, this summer is going to suck…. 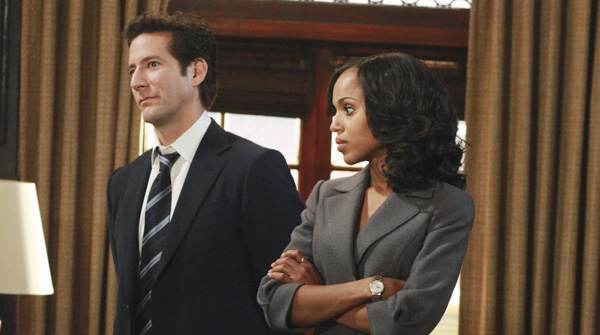 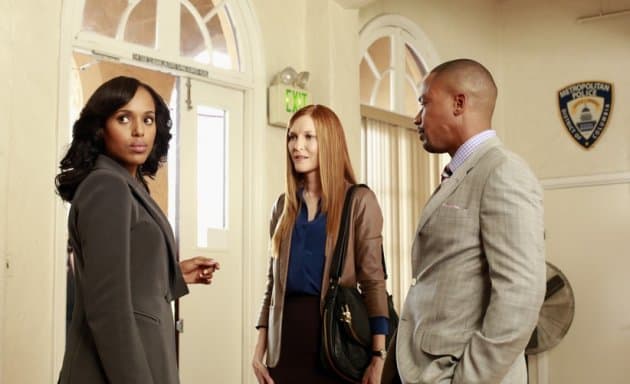 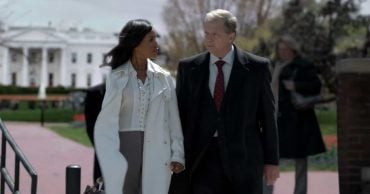 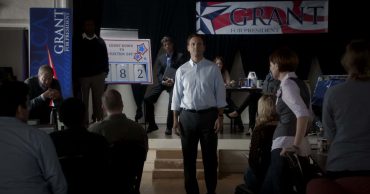 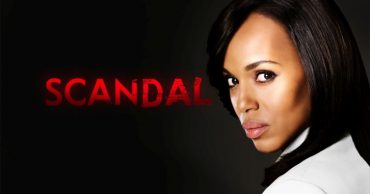 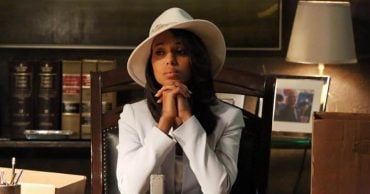