Home
Television
Scandal
Is Scandal Becoming Too Predictable This Season? 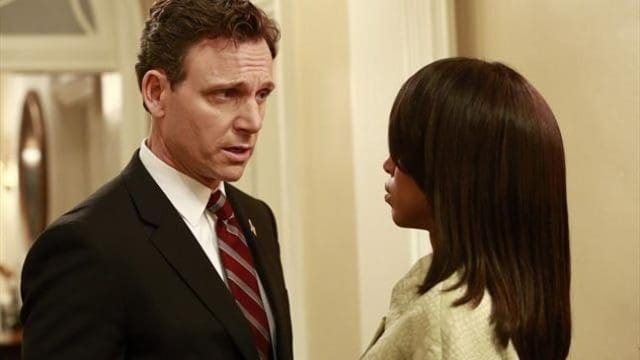 Scandal is still one of the hottest shows on television so I’m not sitting here saying that the show should be off the air.  However, it appears the show might be running into a little bit of fatigue.  Remember, we’re in season 6 already so we’ve gotten to know Olivia Pope and her crew quite well already.   Are the plots becoming somewhat trite?  Are lines we used to like becoming super cheesy? When you think about the caliber an actress Kerry Washington is, there’s only so many times that you can see her act surprised when Jake, or Rowan/Eli do something awful when at this point it’s pretty predictable.

Take another show with a fantastic actress from Shondaland as an example.  How to Get Away with Murder stars Viola Davis.  I mean how much higher profile can you get than an Oscar winner?  Yet many feel that plot lines in recent seasons are a waste of her talent.  What do you think?  Do you think these shows are going a little stale?   Scandal and HTGAWM burst onto the scene like wild fire.  I think it was inevitable that this would happen.  The real question is whether or not these shows can infuse something new to give them another 5 years on television.

The thing is, Scandal is still extremely entertaining and it’s not going to lose viewers that quickly.   But maybe the introduction of a new character or twist could help?   Here are some reasons to be optimistic about the show going forward.

First off, all of us want to root for Olivia again and start enjoying the storytelling again.  There’s no doubt that something in the Shonda Rhimes universe can make that happen.   Second of all, the talent on this show is just too high to stop watching.  Kerry Washington is amazing but you’ve got Tony Goldwyn, Scott Foley, and plenty of others that have been around TV for a very long time.  This is a veteran cast that can carry a show through any down period.

Most people who watch Scandal have been watching since the first episode.  They’re not going to just give up.  Look at Grey’s Anatomy.  13 seasons and it’s still kicking.   Bottom line, if you don’t like it you don’t have to watch it.  However, something’s coming.  I can feel it.