Home
Movies
The Most Ruthless Fictional CEOs in Movies 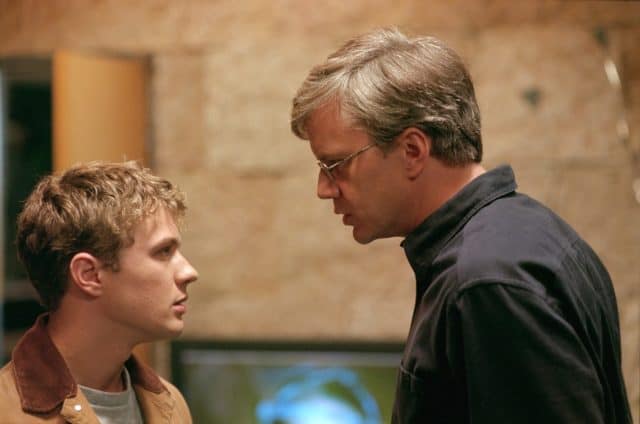 Hollywood loves to latch onto a villain and give them even more credibility than they might already have. Everyone loves a good villain, they give us something to hate because they’re the darker side of human nature that we despise and wish wasn’t necessary. In the world of business the CEO is one of the heavyweights that can be the ultimate good guy that can lift a company and its people up, or place their foot upon the neck of the people and line their own pockets. All too often the CEO is the cruel despot at the top of the mountain that knows nothing but the greed that got them there. Every so often though there is a kind if somewhat demanding CEO. It’s a pity they don’t last longer.

Here are some of the most ruthless CEO’s that Hollywood has ever produced.

He probably should have made the top of the list, but the reason he doesn’t is simple. He is as flawed as  human being can be outside the office. His every word and look speaks of greed unfettered and a desire for power that would see every person in his way crushed to dust if he had the ability. Gekko is all about the money no matter how he has to get it.

There comes a time when you have to wonder just how much is too much when it comes to technology. It’s hard to know who to trust when you’re afraid to go to your boss or anyone in your office simply because you can’t be sure that your words won’t reach the wrong ears. If you can’t trust your boss then you’re already in a jam. If you can’t trust those closest to you however then chances are you should have gotten out when you had the chance.

Cloning people sounds like a completely ridiculous idea right? But keeping clones on hand, “blanks” in other words, seems like one of the worst ideas in the history of mankind. There is a reason we are mortal and reason why we lose people from time to time. It’s how we were designed and it’s how nature intended it to be. Of course, power and influence tend to sway people at times into making horrible decisions.

Yes, Edward has a change of heart as the movie goes on, but he’s still ruthless. He enters the film being a true pain in the rear and he goes out only slightly better. Jack Nicholson truly knows how to play the role of a jerk and he does it with such great skill that you have to wonder if he might be this way off screen as well as on. Even if he is he brings a level of authenticity to the role that makes it that much better.

Before you get on me about the fact that he’s kind of a nice guy, be reasonable. Bill Parrish is in fact a decent person, but in order to get where he’s at in the film, successful, celebrated, and loved, he had to be somewhat ruthless. He had to be the guy that took no prisoners and left nothing behind him but a long, broken trail of disappointed associates. Even though he’s the nice guy, a successful businessman will always have a ruthless streak.

CEO’s aren’t necessarily the devil, but they’re certainly in the same league when it comes to movies.