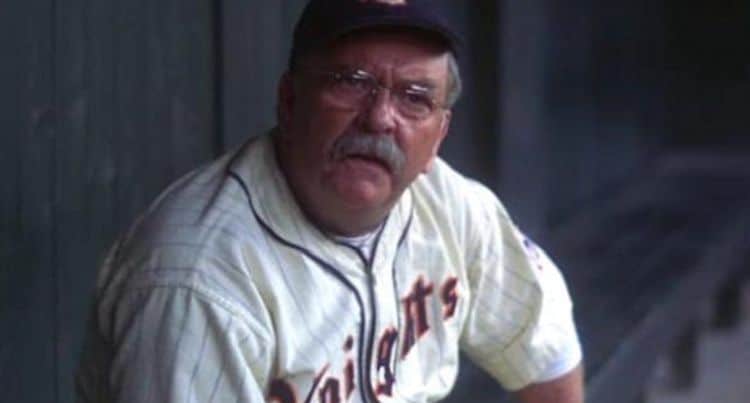 If you’re looking at this picture of Wilford Brimley and not recognizing him then you’re either too young or weren’t born yet when he was still very popular. The actor and singer was one of the most recognizable faces to those that were growing up in the 80s and 90s, though his career was already well underway well before that time. It’s interesting to note that his good friend and fellow actor Robert Duvall was the one that convinced him to really try his hand at acting, as he’d been a ranch hand, wrangler, and blacksmith up to the point. But obviously Wilford took just fine to the acting life despite a few heated moments here and there. To tell the honest truth though, he wasn’t the kind of guy that would simply back down to a director since it’s been noted that he managed to throw his weight around a bit in the past and make directors realize that he wouldn’t be pushed around. Looking at him one might think of a kindly old grandpa that would only get huffy when he really had to, and this was an image that was easily pushed as Wilford took on several roles during his career but is often remembered the best for those that saw him as a gruff but very caring elderly man that had no trouble speaking his mind.

There are plenty of memories of Wilford that many people might recall, stemming from The Waltons to Quaker Oats commercials that he did when he was older, as well as Liberty Mutual and the American Diabetes Association. Between those very different periods of time in Wilford’s life he went on to become known for several roles, not the least of which was Blair in The Thing, and Ben Luckett in Cocoon. In both movies, he was seen as a kindly old man, but the funny thing is that in Cocoon he had to age himself up a bit by dyeing his hair and facial hair and having liver spots drawn on his body since he was at least two decades younger than the men he was acting with. That likely comes as a surprise to some people since he wasn’t all that old during the movie and yet he played the role of an older man perfectly, to the point that a lot of people couldn’t tell the difference. He would come back for the sequel with most of the original cast as well, even though the second movie didn’t have the same kind of impact.

Wilford was the type of actor that reminded a person just how simple the craft could be since he didn’t have the ambition or the training that a lot of his peers did, and walked into it and did just fine for the parts that he played. He did take on the stereotype of the grandfatherly figure after a while since this was how it was easiest for people to think of him, especially given that a lot of his role simply called for this type of individual. He did take on other types of roles such as Pop Fisher in The Natural and William Devasher in The Firm. There’s nothing saying that Wilford could never break out of the roles that made him famous, but they were typically the ones that people really enjoyed him in since it brought out his natural charm and the ability he had to make people happy just by being himself. When it comes to his accolades he didn’t have many so far as awards go, but he had plenty of fans and quite a few people that recognized him very easily and found it pleasing to know that he could step outside of the role that had come to define him at one point in order to really shine in a different way. It could be said that 2020 is continuing to take more and more from the people that simply can’t be replaced, but Wilford had been suffering from a very serious kidney ailment for some time and was well into his 80s, meaning he’d lived a long and in many ways very successful life. Stating that it’s tragic to see such individuals go is fair enough, but stating that tragedy is the only descriptor to be used is quite inaccurate.

Like many aging actors, Wilford did his part for show business and his family and was successful on both counts as far as anyone is concerned. Mourning those who manage to reach such an age is expected, and shouldn’t be discouraged. But encouraging people to remember these individuals for who they were and what they did is just as important since this is how their memory is preserved, and how we can keep them around for a little longer once they’re gone. Rest in peace sir, you’ll be missed.