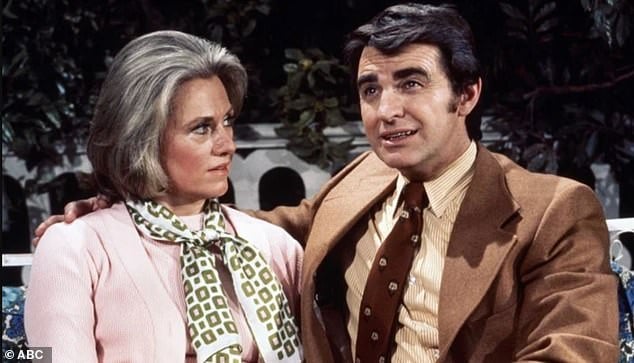 Quite a few of us might stay at a job for a few years to a couple of decades or more, but when hearing that Ray MacDonnell was a part of All My Children for 40 years one can’t help but be impressed since that’s longer than many people can think of doing anything. Let that process for a moment, and then think about four decades spent on the same show, in the same role, watching as the show and the world around them evolved. He had other roles that came along during this time of course, and it’s likely that they broke up the possible monotony and lent his career a bit more diversity than one role could, but still, even saying that he spent this kind of time in one role says a lot, namely that he either liked this role that much, and was liked in return, or that he’d grown used to it after a while and the show couldn’t bear to let him go. It’s only natural to think that there might have been tension during four decades, and some might have wondered when the patriarch of the Martin family would finally exit stage left.

But the mind-boggling amount of time that he spent on the show and the work that he did beyond the boundaries of the program made Ray who he was and became the reason the people knew his name and what he was all about in terms of his acting ability. Trying to think forty years down the line and attempting to predict where we’ll be is nearly impossible for a lot of people, especially since things can change in a big way over the course of four decades. It does make a person wonder how anyone could possibly do this for so long, and stands as an oddity and a definite point of inspiration that no doubt made quite a few people wonder how he did it. But then, if one loves their work, or even enjoys it, then it’s not difficult to think of how one might go about continuing to do it year after year.

It does bring into question how many stars he saw come and go in the time he spent on the show, and how many went on to become famous and move beyond the program, and how many tried but didn’t do much. Seeing things from Ray’s perspective would have been interesting given that he’d likely watched many people make their way up to keep moving on or to find something else that interested them. But being dedicated to a show for this long is definitely hard to fathom simply because a lot of us are used to shows lasting half this amount of time or less before they’re canceled or otherwise rebooted or remade. As one of the long-timers in the business Ray certainly had a great deal of respect and was someone that people could no doubt look to when it came to understanding the business and how one could stick with it for so long. His time spent in the business lasted until about 2013 when he retired, and there’s no doubt that many people were sorry to see him go.

One has to think that the memories of the audience are an uncertain thing at times. Plenty of people remember Ray, and it feels safe to state that a lot of people will lament his loss, but being a part of show business for as long as he was, and reaching the age of 93, are both feats that anyone would be proud of in this day and age. Those stars and programs that are seen now are fleeting in comparison and at times might not feel as though they’re destined to stick around that long, but one thing that’s pretty clear is that there is some sense of permanence to show business no matter how unlikely it might be. Ray is proof of that, even if he hailed from an era when things didn’t move quite as quickly, or at least didn’t appear to. The business has definitely changed over the years and while some have noticed it, others have simply gone with the flow as much as possible.

Ray passed away a short while ago of natural causes, which is another reason to feel less sorrow and more gratitude that he was a part of the business for as long as he was. Hopefully his family and friends have been coping as well as they can with his loss, as there’s more reason to look back on his life and be impressed by the man he turned out to be. Showing gratitude and respect for someone that stuck around this long and accomplished quite a bit is often better than mourning for too long. But each person reacts in their own way. Rest in peace sir, you’ve earned it.